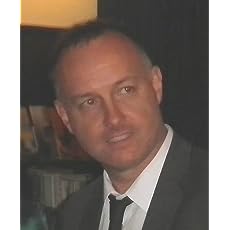 A writer of many prize winning short stories and poems, Shaun Allan has written for more years than he would perhaps care to remember. Having once run an online poetry and prose magazine, he has appeared on Sky television to debate, against a major literary agent, the pros and cons of internet publishing as opposed to the more traditional method. Many of his personal experiences and memories are woven into Sin's point of view and sense of humour although he can't, at this point, teleport.
Read more 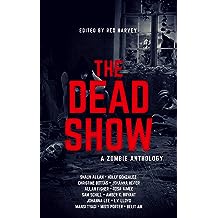 The Dead Show Oct 6, 2019
by Various Authors , Belit Am , Shaun Allan , Holly Gonzalez , Christine Bottas , Amber K. Bryant , Allan Fisher , Misti Porter , Sam Schill , Red Harvey
( 1 )
$2.99
"The Dead Show" is an anthology building on the zombie lore as established by classics such as "Night of the Living Dead," and expanded upon by "World War Z" and "The Walking Dead."

Like the aforementioned tales, these shorts are not really about zombies. Instead, they're an exploration of survival and the human condition.

Ready yourself for an international array of zombie-ness, to include: 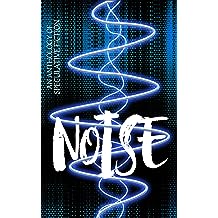 NOISE: An Anthology of Speculative Fiction Oct 2, 2019
by Connie Jasperson , Lee French , Ross Kitson , Alison DeLuca , Shaun Allan , Stephen Swartz , David Cantrell , Lisa Wharton , Marilyn Rucker , Maria Johnson
( 1 )
$0.99
NOISE…A rattle and bang, the wreckage of lives in zero-gee.The sounds of fear, of bravery, of love, and war.A sound, a clatter, a commotion…Do you hear that noise, so quiet, so deafening? Is it the cry of justice rendered? Are illusions really so loud?Noises in the dark, voices in the stillness, Twelve stories, novellas, and poems of sound and silence and the Human experience of Noise.
Read more 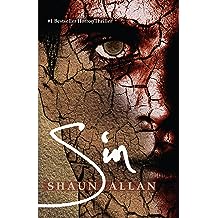 What would you do? Could you kill a killer? Does the death of one appease the deaths of a hundred? What about that hundred against a thousand?

What if you had no choice?

Meet Sin. No, not that sort of sin, but Sin, crazy as a loon (you ask Sister Moon), and proud of it. Sin locks himself away in an asylum and, every so often, gets violent. That's only so they'll give him those nice drugs, though. The ones that help him forget.

It's a pity they don't work.

Sin, you see, has a serious problem. Well, it's not so much his problem, as ours - yours, mine and everyone else's. People die around Sin. He doesn't like it and there's nothing he can do about it. But someone else knows, and Sin has to stop them... and himself...

Shaun Allan has made numerous radio interviews and, as long ago as 15 years, appeared on Sky TV to debate online/electronic publishing as opposed to more traditional methods. He once ran an online poetry and prose magazine and has won various competitions for his writing over the years.

He is currently researching the changing face of mental health care in preparation for the sequel to Sin. 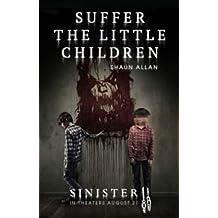 Suffer the Little Children (Sinister 2) Sep 15, 2015
by Shaun Allan
( 1 )
$0.99
Simon, Fey and Rebecca. An ordinary family trying to cope after the death of the girls' mother. One day, Rebecca 'gives' her imaginary friend, Nathaniel, to her Simon, telling her father he can keep Nathaniel 'forever'...

Then the phone appears. Then the lies begin. And the pain. And the faces in the photographs...

Simon asks Rebecca who Nathaniel really is. She tells him he prefers to be known by his nickname, 'Mr. Boogie'...

Specially commissioned by Universal for the release of the movie sequel 'Sinister 2', Suffer the Little Children is "genuinely terrifying!"
Read more 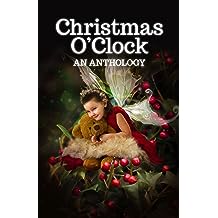 With two complete chapter books, lots of stories, and plenty of spirit, this anthology is great for kids of all ages.

All proceeds go to Water Is Life to help children and families in an international effort.
Read more 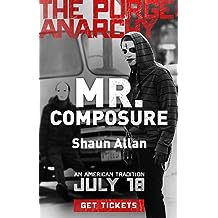 All the best stories begin that way. Once upon a time, Jack climbed a beanstalk. Cinderella did go to the ball.

Once upon a time, his parents died.

When your parents are killed in front of you on the one day of the year when all crime is legal, what do you do?

Specially commissioned by NBC Universal for the release of the film The Purge: Anarchy, Mr. Composure is "simply superb" and ranked #1!
Read more 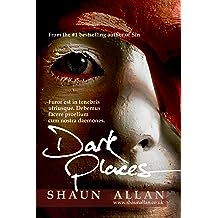 There is darkness and madness in each of us. We must do battle with our own demons.

What if those demons opened the door in the back of your mind and stepped out. What if they became real? If the night, the shadows, the reflections and Death himself walked among us? And what if they were watching you? Waiting? Thirsting...? 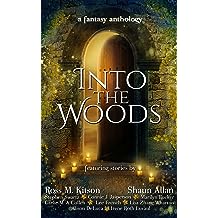 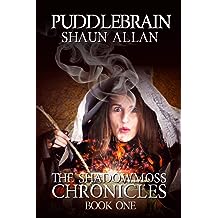 Puddlebrain (The Shadowmoss Chronicles Book 1) Nov 25, 2019
by Shaun Allan
$0.99
Puddlebrain, Gemini and Edna are witches. Unfortunately, after an incident with the mayor and a family of silverfish, they've all lost their magic.When a sinister shadow begins to abduct the villagers and then her sisters, Puddlebrain, with only the obnoxious gnome Billy for help, must venture deep into the heart of Grimace Woods to save them.But, what can a powerless witch, the baby of the family at only 352 years old, really do? What good is a witch without her magic?BOOK ONE OF THE SHADOWMOSS CHRONICLES
Read more 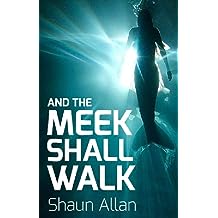 And the Meek Shall Walk Aug 23, 2019
by Shaun Allan
$0.99
Princess Aren is determined to make the human who killed her mother and exiled her people to the bottom of the ocean pay. To do so, she must go to extremes of pain and heartache in her search for justice. Aren, however, is no sweet, happy mermaid. To kill is to ignite a fire of passion in her heart which only the savage letting of blood can satiate. She will go to any lengths to find the man responsible, including cutting off her own tail and sewing, in its place, a pair of human legs - legs she tore from one of the many humans she had murdered. With the unwilling help of the sea witch, Princess Aren must go ashore and hunt for her mother's killer. But, in doing so, the worlds above and below the ocean will clash in ways neither thought possible! And the Meek Shall Walk - a 'beautiful' and 'savage' retelling of a classic story!
Read more
Other Formats: Paperback 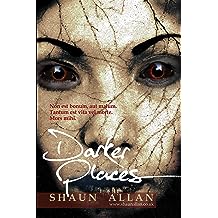 Darker Places May 1, 2015
by Shaun Allan , Lisa Daly , Connie Jasperson
( 2 )
$0.99
What if you could steal the final moments from the dying? What if you had the darkest secret, but couldn’t think what it might be? What if you entered the forest in the deep of the night. Who is the melting man? And are your neighbours really whom they appear to be? 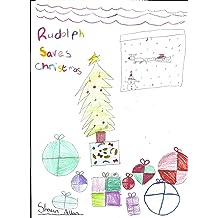 Rudolph Saves Christmas Dec 2, 2013
by Shaun Allan
$0.99
Rudolph, that very famous red-nosed reindeer, has been accused of blowing up Santa's sleigh! Join him as he, with the help of a very special squirrel called Flop, tried to escape from prison to find the real culprit!

Throw in a collection of madcap Christmas poems and you've got something to keep children of all ages entertained this Christmas!
Read more
Other Formats: Paperback