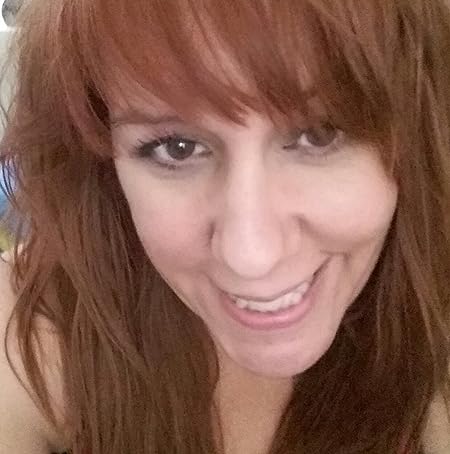 Shawna Mccallister was born in Los Angeles, California, and has a background in Psychology. She is the author of “Does Anyone Really Know Me?” “Blinded by Love” “Never Ashamed Never Alone”with her latest two releases being a children’s book titled “Bean Learns How to Scoot Scoot” Learning Safety with Bean, and “How Bean Learns Outlet and Plug Safety” Learning Safety with Bean. Mccallister, hopes to turn the tide by providing readers with the tools necessary to triumph over overwhelming trials through positive reading material, as well as find enjoyment within her romance and psychological thriller side of writing. In a couple of her books she does share her own story, biblical inspiration, and a step-by-step guide to daily lifestyle practices designed to help troubled readers cope. Mccallister, shows there’s light at the end of the tunnel, no matter how deep, and dark it might seem. With her newly released novel, “The Disturbed” she plans to thrill the socks off her readers who so dare to read her psychological thriller alone. Also, be looking for some more amazing children’s books coming out soon, as well as more thrillers, fantasy, and romance. You can also find “Blinded by Love” for the sexier side of your reading tastes. The children’s books she has out as well as the new one’s coming out are not only guided towards parents helping their children learn how to read but can be used as tools in being proactive when it comes to their safety with the character named Bean. They can all be found on Amazon.com.

Shawna Mccallister, is an anointed author of many books, which bring insight to overcoming life’s trials, bringing inspiration to hurting individuals, and showing the many talents she has writing in many different genres. She enjoys writing romance, poetry, short stories, psychological thrillers, fantasy, self-help, and children’s books with interests in fiction and nonfiction. With a strong desire to have her novels become movies, you’ll be seeing a lot more of her very soon. 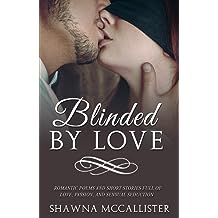 “Blinded by Love” is a collection of romantic poems and short stories full of love, passion, and sensual seduction to ignite your deepest desires for pleasure and bring passion back into your relationship and bedroom! “Blinded by Love” is full of sexy adult content meant to arouse the desire for passion and sexual intimacy in your relationship. While written with intense passion, it is respectful, romantic, and playful. When we are young, oftentimes we do not take the time to understand our desires or the emotions they evoke, we merely act on them, taking no thought about tomorrow. These poems are thoughts from yesterday’s, today’s, and tomorrow’s desires for many of us. We all want to be wanted, needed, desired, loved, and these poems express this longing! Read for yourselves, and make sure you are with your lover, because this book is bound to ignite your fire for love, passion, and pleasure! Come into the fantasies of love, passion, and sensual seduction, and be “blinded by love.” 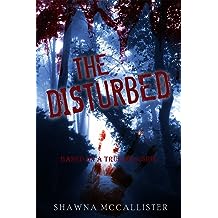 The Disturbed Jan 11, 2018
by Shawna Mccallister, Jacque Romero
( 4 )
$2.62
“The Disturbed” is thrilling, romantically sexy, and full of chilling suspense.

BASED ON A TRUE DELUSION!

Derek has had a history of delusions, which have recently returned. After months of struggling, Derek’s friends are seriously wondering if he has gone completely mad. A man begins to follow Derek, but he can’t determine if this man is real, or one of his delusions. Derek plans to move to Alabama with his best friend Jazz, leaving the city life behind him, hopeful it will reduce his delusions, only to find he is still being followed.

After moving to Alabama, Derek resumes college life, begins seeing a new therapist, and gets a side job working at a gas station. Derek finds true love in Alabama, but it comes with a cost. He almost loses everything including his life but the one thing that remains strong is his true love. Though no one believes him but the girl he loves as he fights desperately to figure out what is true in his life. Looking into the face of terror, he learns to fight for what’s most important and what’s most in jeopardy. Will he conquer the hell that’s been unleashed in his life in order to get to the heavenly life he so longs for? Don’t you hate a tease? You must read the book to find out what happens…

On a more serious note I wanted to mention some things that were heavy on my heart as I wrote this story, and still are. There are many individuals who struggle with mental disorders every day just like Derek. This book was based on a true delusion, and while many see those who have disorders as different or dangerous, this is not always the case, as you will find in Derek’s story. Managing disorders can be very difficult and can take a lot of love for the individuals who struggle with any type of mental disorder. Managing takes a lot of love from family and friends who may not understand what causes their underlining behaviors. Many struggle with depression, bipolar, schizophrenia, personality disorders, as well as anxiety, which I believe is the root cause of many of these disorders. It’s time to take the stigma off these disorders and for us to realize psychological disorders do not change who we are inside, nor what we can become, they are simply something we have to manage. Sometimes medications, therapy, and meditations can be a big help in doing so. Let’s face it; we all have had days that are bad or not so good. We all have been depressed at some point in our lifetimes, but that was not who we were, just how we felt, and oftentimes our experiences and circumstance play a role in this and our view of overcoming it.

Derek never gave up, not matter how hard shit got for him. All I’m saying is manage your disorders, but never let them define you; let them make you, as well as those around you, better and stronger. Remember this, you are not your disorder, it is only something you must learn to manage. There are resources at the end of this book, in the event you may need them or know someone who would. Enjoy reading. 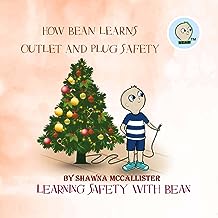 How Bean Learns Outlet and Plug Safety: Learning Safety with Bean Vol 2 Nov 22, 2017
by Shawna Mccallister, Lekshmi Bose
$3.33
“Bean Learns Outlet and Plug Safety” Learning Safety with Bean Vol 2 -is for ages 0 - 8 years of age. This is the second book in a series of books that will teach children how to be safe. The next book will be out within a couple of months, and will provide children with great learning tools while reading learning safety with Bean. Bean is a trademarked character who was inspired by my son to help other children be pro-active when it comes to safety in every area. Area’s include, but will not be limited to fire safety, street safety, sign safety, food safety, environment safety, and much more. Bean is a very special character, and he will have Bean pillows, Bean stuffed characters, caps, mugs, and T-shirts as well soon to help children remember to stay safe even when no one is looking.You can find Bean’s first book on Amazon.com called “Bean Learns How to Scoot Scoot” Learning Safety with Bean Vol-1.
Read more 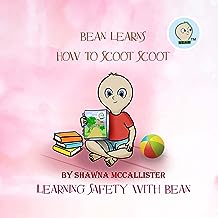 Bean Learns How to Scoot Scoot: Learning Safety with Bean Oct 7, 2017
by Shawna Mccallister, Lekshmi Bose
( 2 )
$3.33
“Bean Learns How to Scoot Scoot” Learning Safety with Bean Vol-1, is for ages 0 - 8 years of age. This is the first book in a series of books that will teach children how to be safe. The next book is out now as well it is called “How Bean Learns Outlet and Plug Safety” Learning Safety with Bean Vol-2 teaches children about electricity safety. Bean is a trademarked character who was inspired by my son to help other children be pro-active when it comes to safety in every area. Area’s include, but will not be limited to fire safety, street safety, sign safety, food safety, environment, and much more. Bean is a very special character, and he will have pillows, stuff characters figures, caps, mugs, and T-shirts as well coming soon to help children remember to stay safe even when no one is looking. You can find Bean's first book at Amazon.com
Read more
Other Formats: Paperback