You've subscribed to The Adirondack Spirit Series! We will preorder your items within 24 hours of when they become available. When new books are released, we'll charge your default payment method for the lowest price available during the pre-order period.
Update your device or payment method, cancel individual pre-orders or your subscription at
Your Memberships & Subscriptions
There was an error. We were unable to process your subscription due to an error. Please refresh and try again. 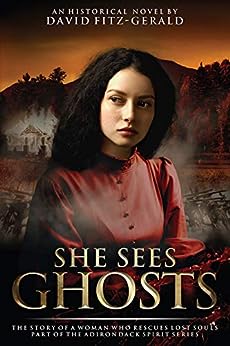 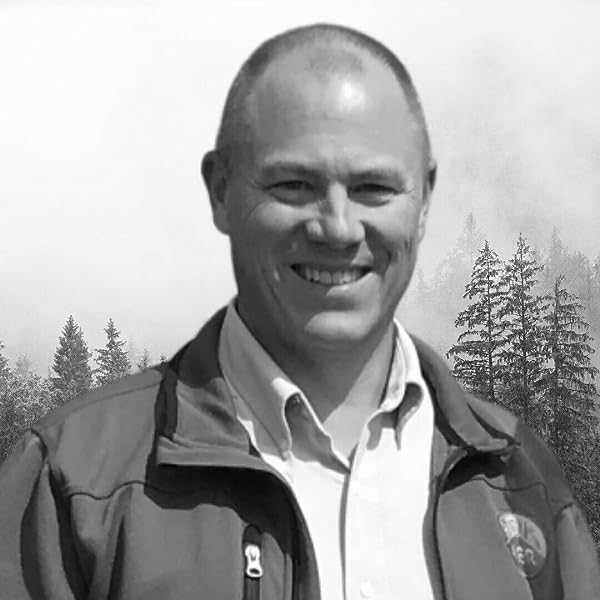 She Sees Ghosts - The Story of a Woman Who Rescues Lost Souls: Part of the Adirondack Spirit Series Kindle Edition 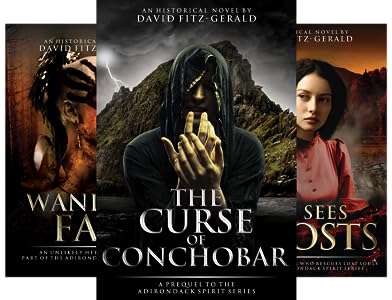 ...a perfect choice for readers who like multifaceted stories with paranormal elements, historical fiction, and Christian influences... Fitz-Gerald has a knack for writing historical fiction with supernatural influences. - Chanticleer Book Reviews. ChantiReviews.comThere is no shortage of intrigue in this engrossing story, and nearly every page is filled with fascinating period detail. The storytelling is engrossing, and Fitz-Gerald's swiftly paced, meticulously researched narrative skillfully brings the idyllic small-town setting and his intriguing cast to life. - The Prairies Book Review
...a mesmerizing tale of family, love, loss, and, of course, ghosts. Because the story of Mehitable is set just at the turn of the nineteenth century, there are some interesting Revolutionary War ghosts introduced through Mehitable's calling to help earth-bound spirits continue their journeys. There is also Mehitable's own love story, which is as unusual as she is. Fans of the television series, The Ghost Whisperer will certainly enjoy this offering of the generational series. With its intriguing subject matter, its historical details, and its psychological insights, this book grabs the imagination from its beginning. - The US Review of Books theusreview.com

"This book was mesmerizing... Fitz-Gerald's writing flows brilliantly and despite the ghost encounters, or maybe because of them, the book has moments of serenity and tranquility. This is a wonderful read and one that should be savored." - Katherine Eminhizer/Amazon Review

"Mehitable is a heroine who's easy to root for. The author puts her through so much, including exorcising a demon without anyone's help-or at least, without the help of anyone living. What a brave and compassionate young woman." -Elyse Becker/Amazon Review

"Each page seems to offer a happening and reflection on Mehitable's interactions with the ghosts who frequent her barn quarters and her area. I found the book to be so engrossing that it was hard to put down. I kept finding myself wondering what would happen next. I was wrong every time." -Cecile Betit/Amazon Review

"I loved She Sees Ghosts! It is one of those stories that is so engaging that you can't put it down until finished - and then you're sorry it's over because you'll miss the characters you've met and grown to know and care about. I especially appreciate the author's way of blending fiction with history - a unique combination of entertainment and historical insight that makes the readers experience even more enjoyable. I look forward to Mr. Fitz-Gerald's next adventure!" - Sue Butler/Amazon Review

4.2 out of 5 stars
4.2 out of 5
86 global ratings
How are ratings calculated?
To calculate the overall star rating and percentage breakdown by star, we don’t use a simple average. Instead, our system considers things like how recent a review is and if the reviewer bought the item on Amazon. It also analyzes reviews to verify trustworthiness.

LFL8812
3.0 out of 5 stars Just OK
Reviewed in the United States on January 4, 2021
Verified Purchase
I don't get the rave reviews on this but it was a fairly enjoyable read that's why I am giving it 3 stars instead of just 2. First of all, I don't know how the author thinks the end of Mehitable's name would be pronounced BELLE when it ends in -ble & not -bel but whatever. Second, she seemed annoyingly Pollyanna-ish to me initially but then she got better & I was enjoying the book till I got about 3/4 in & she meets her Indian. She had been swimming naked in a lake, & is on the shore thinking she is alone when she sees a naked man swimming towards her who gets out & comes towards her. She is a sheltered, naive, inexperienced girl yet she is not afraid at all. He speaks no English yet they embrace & in a few mins perform some sort of ceremony she assumes is marriage & off they go. I almost stopped reading right there, that was so preposterous but I was near the end so I kept on. They go back to where she was living & he fits in nicely w/ her friends who insist they immediately get married by a minister who gladly complies even tho this fella doesn't speak the language & has no idea what's happening. They live happily enough, she has a baby, he disappears to go hunting from time to time then she discovers he's been killed when he was gone longer than usual. She hadn't yet told him she was pregnant again but comes to grips with it all. She carries on & several of her friends are pregnant, all due about the same time. One day they are sitting around talking about the impending births, there's a nice little twist then the book just stops. I like some sort of ending or conclusion & if this is supposed to be a cliff hanger to a sequel I won't be getting it b/c I think that is a cheap gimmick to get people to buy subsequent books.
Also, there were 3 significant errors in the book that should have been caught by the author or editor. Early on Mehitable is talking to Reuben but in a new paragraph the name was Polly then continues on to Mehitable. I read that half a dozen times to be sure & it should have been her & not Polly. Then a little later he says she was concerned about hyperthermia if she went into a cold lake or river. That should have been HYPOthermia. Hyper means above, hypo below & she was concerned about becoming too cold in the cold water which is hypothermia. I can't remember the 3rd which was closer to the end, but it was something similar. Just careless stuff.
So, while I found this somewhat enjoyable & did like the ghost & spiritual aspect I really can't recommend it. Overall, for me it was just OK.
Read more
9 people found this helpful
Helpful
Report abuse

Amy M. Bruno
4.0 out of 5 stars Not your typical historical
Reviewed in the United States on December 15, 2020
Verified Purchase
This past week has been super stressful so I'm grateful to have had the perfect escapist read with She Sees Ghosts by David Fitz-Gerald!

This is the second book I've read from David and what I really enjoy about his books is that they are out-of-the-box historicals. Combining history with elements of the paranormal and spirituality and human nature, it's a nice change from the usual fare.

Set in the late 1800s She Sees Ghosts tells the story of Mehitable Munsch who can see spirits and helps them pass on to the afterlife. It's the Revolutionary War era and there are a lot of unsettled ghosts of Soldiers in the area. She is also haunted by one that followed her from her home after her family tragedy. Mehitable is a wonderful character that fascinated me from the start.

The author has a personal connection to the Adirondacks and his passion for the area leaps off the pages. I seriously need to travel there one day!

If you're looking for a fascinating read that will help you escape reality for a little bit, I highly recommend She Sees Ghosts!
Read more
5 people found this helpful
Helpful
Report abuse

Stephanie
4.0 out of 5 stars She Sees Ghosts
Reviewed in the United States on December 7, 2020
Verified Purchase
Mehitable Munsch has the ability to see spirits.  Growing up in a small town in Vermont, she only saw the spirits intermittently as wisps around people.  However, after a tragedy on Mehitable's 16th birthday party and New Year's Eve, the spirits come for Mehitable in force. Mehitable decides to travel with her friend Polly and new husband Reuben to settle in the Adirondack Mountains.  The ghost of Anson Smudge, the young man responsible for her family's death, follows Mehitable to her new home and torments her every night.  Along with Anson, Mehitable has begun to see the ghosts of the many soldiers who fought throughout the region.  Although, it isn't until Mehitable finds an interesting medallion that she finds her purpose with the spirits and her destiny.
She Sees Ghosts is a paranormal historical fiction taking place during the early 1800's as America was being settled and war was not too far in the past.  Mehitable's journey showcases the hardships of the time along with the triumphs and tranquility that the era provided. Mehitable's character seemed ahead of her time and I loved that she was able to be her own person and choose a different route than what was expected of her.  The paranormal elements weaved in slowly and sensibly as to not overwhelm the story.  I did enjoy the stories of the spirits and how Mehitable was able to grow as she helped the spirits pass.  The description of the setting of the Adirondack Mountains was enchanting, I have been to many of the areas and liked seeing the unspoiled areas through Mehitable's eyes.  I'm glad that Mehitable was able to have a relationship on her own terms; however, I wish they would have gotten to know each other better. I will definitely continue reading in the Adirondack Spirits Series.
Read more
3 people found this helpful
Helpful
Report abuse

Elyse Becker
4.0 out of 5 stars Paranormal Historical with a Heroine You Root for
Reviewed in the United States on October 31, 2020
Verified Purchase
I typically read "straight" historical fiction rather than historical fiction with paranormal elements. But I enjoyed this author's previous novel, so I thought I'd give this one a try.

Mehitable is a heroine who's easy to root for. The author puts her through so much, including exorcising a demon without anyone's help—or at least, without the help of anyone living. What a brave and compassionate young woman. As someone with a sleep disorder, I could particularly sympathize with how restless spirits robbed Mehitable of her rest for years. I was so happy when she experienced happiness. I also want the recipe for her pumpkin, oat, and maple cookies! I believed in her little community and her wanderings in the woods; the author made them feel real. Some fictional cats make an appearance as well.

However, the author does some head-hopping that annoyed me, as did the non-ending. Is there a sequel in the works?
Read more
3 people found this helpful
Helpful
Report abuse
See all reviews

MW
5.0 out of 5 stars Good book to read
Reviewed in the United Kingdom on January 24, 2021
Verified Purchase
Really enjoyed the book, was sad when I finished it.
Read more
One person found this helpful
Report abuse
See all reviews