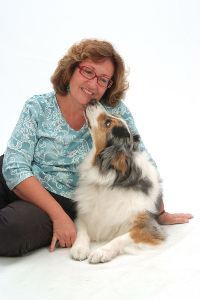 Sheila Webster Boneham writes fiction, nonfiction, and poetry, much of it focused on animals, nature, and travel.

Her Animals in Focus mystery series features animal photographer Janet MacPhail, her Australian Shepherd Jay, and her tabby cat Leo. Their lives and adventures are based largely on the author's long experience as a competitor in canine and equine sports, rescuer, shelter volunteer, breeder, therapy volunteer, author of dog & cat books, and life-long animal lover.

Sheila has also published seventeen nonfiction books about animals, including the highly regarded Rescue Matters! How to Find, Foster, and Rehome Companion Animals. Six of Sheila's books have been named best in their categories by the Dog Writers Association of America and the Cat Writers Association, and several others have been finalists in the groups' annual competitions.

Sheila grew up with a wide variety of animals, including Chihuahuas, a Scottish Deerhound, a rescued Irish Wolfhound, two Miniature Schnauzers, a number of mixed breed dogs, cats of many colors, horses, birds, and a couple of hamsters. In her teens and twenties, she showed hunters and jumpers, and was Indiana Hunt Seat Equitation Champion for 3 years.

As an adult, Sheila has added Australian Shepherds, Labrador Retrievers, and several rescued cats to her "life list." In addition to her own dogs, Sheila has fostered many rescued dogs and a few cats, and helped found two rescue programs. A strong advocate of responsible breeding as well, Sheila has bred highly successful Australian Shepherds under the kennel name "Perennial." Sheila trains and competes in several canine sports, and her dogs have also served as therapy dogs in schools, hospitals, libraries, and nursing homes. In addition to her Aussies, Sheila has had at least one Labrador Retriever in her home since 1988, and in November 2012, she and her husband adopted a 12-year-young Golden Retriever whose people turned her over to rescue.

Sheila teaches writing workshops and classes, and enjoys speaking to book clubs and other groups when her writing schedule allows. 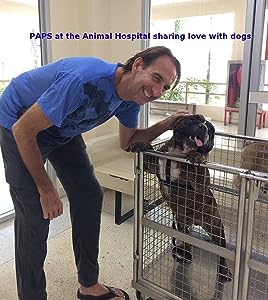 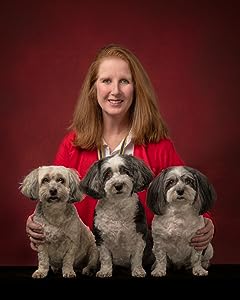 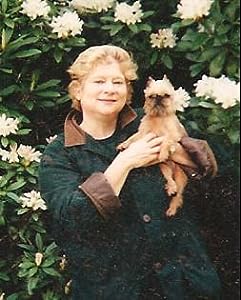 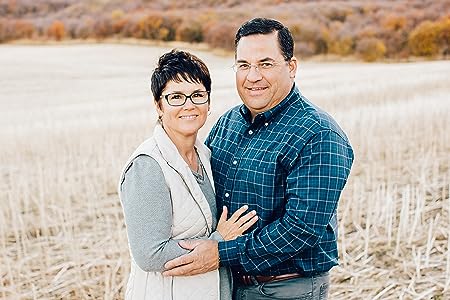 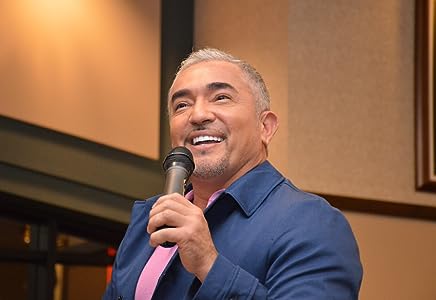 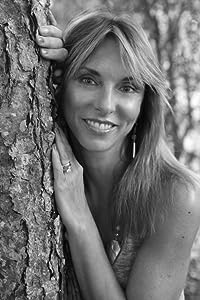 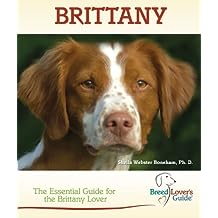 Brittany (Breed Lover's Guide) May 1, 2011
by Sheila Webster Boneham
( 10 )
$6.99
The Brittany, ranked #30 in dog registrations by the AKC, makes a perfect family companion with his loyal, loving nature and eagerness to please. Originally called the Brittany Spaniel, the breed is now referred to simply as the Brittany because its hunting style closely resembles that of pointing breeds. Along with complete coverage of essential topics like grooming, feeding, and training, this comprehensive guide teaches you how to channel the Brittany’s hunting instinct into productive and fun-filled activities to keep him happy and healthy.
Read more
Other Formats: Hardcover , Spiral-bound 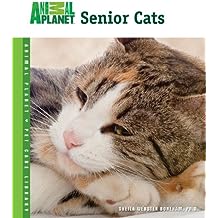 Senior Cats (Animal Planet® Pet Care Library) Aug 1, 2007
by Sheila Webster Boneham
( 19 )
$7.99
Of the estimated 90 million cats living in households across the U.S., approximately 40% are seniors. This expertly written guide reveals how to recognize the signs and effects of aging and includes information on special nutritional and grooming needs, housing and lifestyle adjustments, and managing age-related health and behavior changes.  Useful tip boxes in each chapter show every member of the household how to make the most out of owning a pet.
Read more
Other Formats: Hardcover 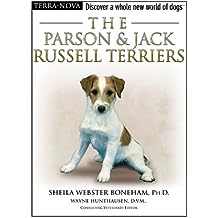 The Parson Russell Terrier (Terra-Nova) May 1, 2006
by Sheila Webster Boneham
( 8 )
$9.99
Discover a whole new world of dogs with this revolutionary, breed- specific guides. Parson & Jack Russell Terriers are petite and lovable-- and extremely energetic! In this book, the only one on the market to combine these two breeds, discover how to keep these dogs happy and healthy, while still maintaining a sane household.
Read more
Other Formats: Hardcover 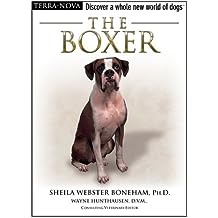 The Boxer (Terra-Nova) May 1, 2005
by Sheila Webster Boneham
( 34 )
$9.99
Discover a whole new world of dogs with this revolutionary, breed-specific guide. As sweet as they can be, most dogs are quite mischievous at times, and the Boxers high activity level can make him an especially challenging breed. By following the detailed instructions in this book on how to train your pooch and create a safe environment for him, owners can avoid many potential problems.
Read more
Other Formats: Hardcover 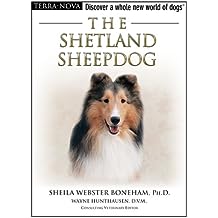 The Shetland Sheepdog (Terra-Nova) May 1, 2010
by Ph.D. Boneham, Sheila Webster
( 10 )
$9.99
Discover a whole new world of dogs with this revolutionary, breed- specific guide. The Shetland Sheepdog (also referred to as the Sheltie) is an intelligent and steadfast working dog that takes well to training and makes an ideal family pet. In addition to general care and health advice, this comprehensive and breed-specific guide provides pet parents with extensive information on basic and advanced obedience training, along with details on the many competitive sports and activities at which the highly intelligent and athletic Sheltie excels.
Read more
Other Formats: Hardcover 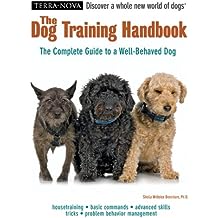 The Dog Training Handbook (Terra-Nova) May 1, 2008
by Sheila Webster Boneham
( 7 )
$9.99
The first title in the Terra-Nova series to focus on training dogs of all ages, The Dog Training Handbook sets forth step-by-step puppy, basic, and advanced techiniques. It also provides management techniques for a host of problem behaviors and described numerous activities that the well-trained dog and his owner can enjoy together.
Read more
Other Formats: Hardcover 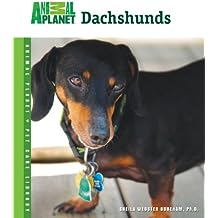 Dachshunds (Animal Planet® Pet Care Library) Aug 1, 2007
by Sheila Webster Boneham
$10.99
Dachshunds are bold and intelligent dogs with a particularly sharp sense of smell. Along with expert care and health information, this book gives special attention to the process of housetraining this potentially stubborn breed. This family-friendly, comprehensive guide to superior pet care features newly written text from an expert on a variety of topics, including feeding, housing, grooming, training, health care, and fun activities. Useful tip boxes in each chapter show every member of the household how to make the most out of owning a pet.
Read more
Other Formats: Hardcover 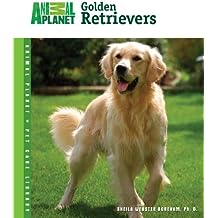 Golden Retrievers (Animal Planet® Pet Care Library) Aug 1, 2006
by Sheila Webster Boneham
( 3 )
$10.99
These hard-working and confident dogs are more than just great hunters- they are the ultimate family dog. This guide is the best resource for developing a stronger understanding of this breed and features detailed training suggestions. This family-friendly, comprehensive guide to superior pet care features newly written text from animal expert on a variety of topics, including feeding, housing, grooming, training, health care, and fun activities. Useful tip boxes in each chapter show every member of the household how to make the most out of owning a pet.
Read more
Other Formats: Hardcover 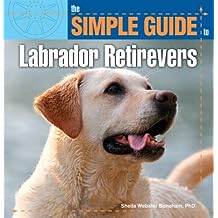 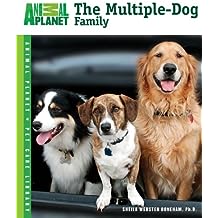 The Multiple-Dog Family Aug 1, 2009
by Sheila Webster Boneham
( 2 )
$10.99
Your Multiple Dog Family covers important subjects like how to plan for, set up, and maintain a home environment that will help dogs and owners live in harmony. It explains the necessary housing and lifestyle adjustments required to accommodate multiple dogs along with how to introduce newcomers to the group while keeping all your canine companions happy, healthy, and safe.  Useful tip boxes in each chapter show every member of the household how to make the most out of owning a pet.
Read more
Other Formats: Paperback , Mass Market Paperback 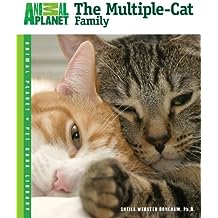 The Multiple-Cat Family (Animal Planet® Pet Care Library) Aug 1, 2008
by Sheila Webster Boneham
( 1 )
$10.99
Over 17 million households in the US own more than one cat. This expert guide advises how to plan for setup and maintain a harmonious home environment for you and your cats while meeting their special nutrition, housing, and daily care needs. Useful tip boxes in each chapter show every member of the household how to make the most out of owning a pet.
Read more
Other Formats: Paperback