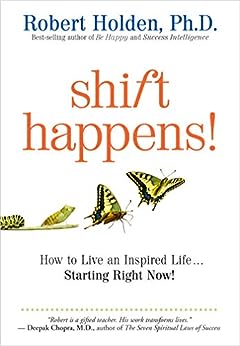 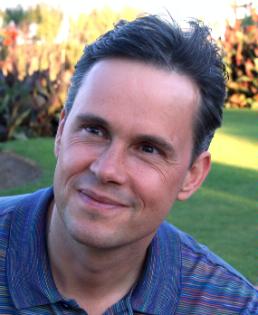 “Robert is a gifted teacher. His work transforms lives.”
— Deepak Chopra, M.D., author of The Seven Spiritual Laws of Success

Robert Holden’s innovative work on happiness and success has been featured on The Oprah Winfrey Show and Good Morning America, as well as in two major BBC TV documentaries, The Happiness Formula and How to Be Happy, which have been shown in 20 countries to more than 30 million viewers worldwide. He is the author of the best-selling books Happiness NOW!, Authentic Success, and Be Happy.Listen to Robert every week on Hay House Radio (hayhouseradio.com®). --This text refers to the paperback edition.

4.6 out of 5 stars
4.6 out of 5
240 global ratings
How are ratings calculated?
To calculate the overall star rating and percentage breakdown by star, we don’t use a simple average. Instead, our system considers things like how recent a review is and if the reviewer bought the item on Amazon. It also analyzes reviews to verify trustworthiness.
Top reviews

Anabelle Bernard Fournier
4.0 out of 5 stars A good introduction to Holden's philosophy
Reviewed in the United States on July 16, 2012
Verified Purchase
I seem to be in a Robert Holden kick these days, and for good reason I think: this guy obviously knows what he's talking about. He practices what he preaches, and it seeps through every word, every sentence he writes. He is honest and transparent, and doesn't hide potential challenges to his philosophy.

Because, let's get this straight: Holden's work presents a philosophy of life. It may be wrapped in self-help paper, but dig a little and you have a fascinating, and eminently positive, conception of human beings and human life.

I think that Shift Happens: How to Live an Inspired Life...Starting Right Now! is a great place to start if you're new to Holden. It is comprised of short, punchy essays that develop an idea or a topic, such as feeling stuck, relationships, and struggling. It is filled with inspirational quotes and stories of transformation, of people who were just a miserable as you feel and discovered that there was a better way.

However, I'm starting to hit a wall with Holden: as much as I am inspired by his writing, I'm having a hard time finding ways to do what he suggests: letting go of guilt, fear and expectations. He routinely suggests to release control and give it up to God (not the Christian God but rather a general idea of divinity). Not being especially religious, I sometimes have trouble relating to this advice, but I admit that everyone needs some spiritual nourishing in their life. So here I am, trying to understand this concept of God and trying to give my struggles up.

There's also a lot of talk about meditation, but little instruction on how to do it. In Holden's world, it seems to be simply a matter of sitting down somewhere and being still. And it might just be as simple as that, but a single paragraph giving basic instructions would be appreciated, if only in appendix.

If you want a quick inspirational read, I strongly suggest this volume. However, if you want to delve deeper into Holden's philosophy and approach, you can get Happiness Now!: Timeless Wisdom for Feeling Good FAST, which I have reviewed earlier.

This book matters because it is filled with wisdom that we simply have forgotten and need to relearn. If you even only read one chapter a day, you'll feel more inspired, more positive and definitely more hopeful. The secret? Live in the present.

Heidi G.(readinggrrl)
4.0 out of 5 stars Short Chapters, lots of wisdom
Reviewed in the United States on September 8, 2015
Verified Purchase
This small book is filled with short 2-4 page chapters containing simple wisdom. We need to get out of our own way in order to change our life. We often live in the past, or the future and turn to fear and worry as a way to self destruction. When we live in the moment and move past the fear we will find that things are less difficult and much happier. Stop dwelling in misery and start living.

I like that you can pick this book up read a chapter gain an incredible amount of insight - you don't need to read it straight through, you don't need to do anything but take in the information and see how it starts to change your perception.

I look forward to reading more Robert Holden, I think more people need to be taught these simple truths to help us move ahead and stop dwelling on what holds us back. Shift Happens! is a good reminder book to keep by your side and pick up when you are feeling off, read a bit and move forward.
Read more
7 people found this helpful
Helpful
Report abuse

Meera or sometimes Alex
5.0 out of 5 stars uplifting and useful and humorous perspective and suggestions for making life work better. Easy read.
Reviewed in the United States on April 9, 2017
Verified Purchase
Although he can be maybe faulted for looking at the world through rose colored glasses (in that it's challenging to believe his advice would work for the folks getting bombed, starved, and oppressed) he DOES offer uplifting and useful and humorous perspective and suggestions for the billions of us NOT under those extremes of challenges yet still sometimes suspect our lives could, should, and can work better.
Well written.
Read more
4 people found this helpful
Helpful
Report abuse

Red
5.0 out of 5 stars Great!
Reviewed in the United States on October 8, 2018
Verified Purchase
A wonderful book of upliftment and maturing mentally and emotionally. I need some of that, Haha! Thank you that I was able to find two copies at once so I can gift one to a friend.
Read more
One person found this helpful
Helpful
Report abuse

KRS
5.0 out of 5 stars Great perspective....a Course in Miracles for regular people
Reviewed in the United States on May 29, 2013
Verified Purchase
Not long into this book I realized this author is a student of a Course In Miracles. If you've never done the Course this book is a great way to learn about its concepts....in a down to earth style of writing (the Course is difficult to digest and that can be a turn off). Holden is funny and direct and teaches us that it's our interpretation of things in our life that needs to change if we want happiness. If you're ready to change your thinking and do a little work on the ol' ego, then this book will make it happen.
Read more
5 people found this helpful
Helpful
Report abuse

Dreamer_MM
5.0 out of 5 stars I listen to this CD every morning!
Reviewed in the United States on June 20, 2012
Verified Purchase
This is a great CD for an everyday reminder to "shift" my perspectives. Robert Holden does a great job in telling the story with great tone and emotion that I feel as if I'm watching him talk. I like how the chapters are broken out and have a theme. He gives real world examples and solutions that can be applied by almost anyone. It's great to listen to a CD that not only talks about the "big picture", but drills down to practical solutions to "shift". I've listened to the CD numerous times and each day I catch or get a different "a ha" moment. Of course, he breaks the subject heaviness by his witty humor (which is a nice element).
Read more
5 people found this helpful
Helpful
Report abuse

sean v
5.0 out of 5 stars we are what we seek!
Reviewed in the United States on July 11, 2017
Verified Purchase
one of my top 10 lifechanging book. robert holden the happiness guru mixes the spiritual and inspirational for a message of balance in life.
Read more
3 people found this helpful
Helpful
Report abuse

yazaid
5.0 out of 5 stars Shift happens
Reviewed in the United States on July 7, 2018
Verified Purchase
Surrender to God and let Him take care of you just like you are letting Him take care of the universe.
Read more
Helpful
Report abuse
See all reviews

Chip Jenkins
5.0 out of 5 stars Wonderful book!
Reviewed in the United Kingdom on December 2, 2012
Verified Purchase
This book is written with crystal clarity whilst avoiding being patronising. I love dipping into it from time to time as it always contains a pearl of wisdom! Indeed, I have heard of many of the points made within the pages of this book before, but it makes a truly refreshing read!
Read more
2 people found this helpful
Report abuse

J. Bullivant
5.0 out of 5 stars Life changing
Reviewed in the United Kingdom on May 15, 2011
Verified Purchase
I bought this book several weeks ago, then purchased the CD set which I listen to every day in the car, and have lent the book to a friend! There is so much useful and down to earth information that I'm sure would help anyone who feels stuck or depressed or would just like to improve their life.
Read more
5 people found this helpful
Report abuse

Ian Clark
5.0 out of 5 stars Worth a read
Reviewed in the United Kingdom on July 17, 2014
Verified Purchase
Had not read anything by this author before, but I can definitely say I enjoyed reading this book
Read more
One person found this helpful
Report abuse

Alexandra Bossetti
5.0 out of 5 stars thanks
Reviewed in the United Kingdom on August 5, 2015
Verified Purchase
Very inspiring and insightful. Brings in new ideas that are really useful. Book that makes you think a lot, written in an easy way, with humour. The author gets straight to the point in an understandable way.
Read more
2 people found this helpful
Report abuse
See all reviews