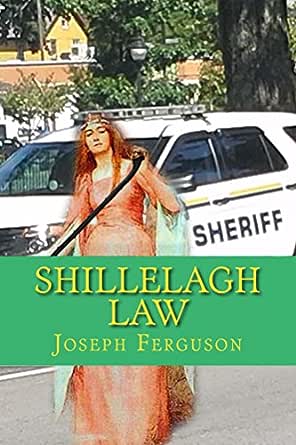 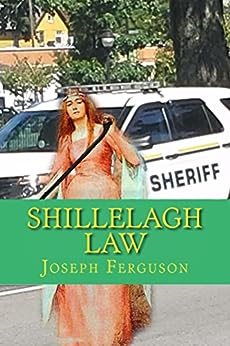 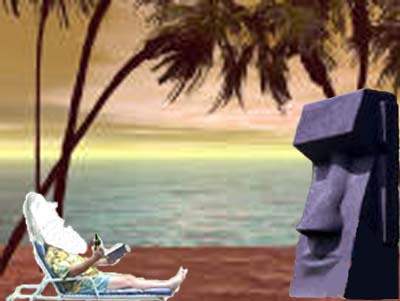 Hypnotic, Mesmerizing
In his second collection of short stories, Joe Ferguson continues to mesmerize readers with hypnotic storytelling. Unlike Southbound, there is no connecting character throughout the book. Instead, we get snippets of everyday life, presented in Ferguson's unique - and utterly fantastic - brand of narration. Drawing on a seemingly endless pool of metaphor, he takes us from the mundane to the sublime. One need not look past the first page for an example, "Dawn and Bobby sittin in a tree - K I S S I N G... He rolled the words] over in his mind as he would foul medicine in his mouth; hoping for a chance to spit when no one was looking."

There is a moment of true brilliance in the title story, "Shillelagh Law". The story is so simply and precisely told, yet so complex in its meaning. A rich juxtaposition of Irish and American tradition meets with a horrific end in this tale about McComer, an old drunkard causing a ruckus in a park. While the stereotypes of Irishmen and the American police are both played upon throughout the story, Ferguson draws on some very rich language to give a meaningful context.

In short, Shillelagh's Law succeeds on every page. Ferguson can write with the best of them.
Dylan Callens, Author of Operation Cosmic Teapot
"Shillelagh Law": Agreat read filled with clever dialogue and ironic wit

While Southbound served as acelebration of the losers, outcasts, and other assorted oddballs around us, "Shillelagh Law" isboth more personal and profound, while still retaining the raw dialogue andgenuine hilarity found in Ferguson's earlier work.

ShillelaghLaw is a series of short stories that roughly track the author's life, from earlysexual awakenings ("Snakes and Snails and Puppy-dog Tails," "Rock and Roll") andteenage shenanigans ("My Favorite Christmas Tree," "Incident on a BoringAfternoon" to the disappointments and frustrations of middle age  ("Shillelagh Law," "Fifteen Minutes,""Morpheus and the Mayor, "The Incredible Sleeping Man") and musings about theLast Call ("In the Gloaming," "My Bootless Cries").

Thecenterpiece of the trilogy is "Shillelagh Law," a forlorn tale of charactersyearning for happiness yet seemingly held back by the unseen forces of missedopportunities and misunderstandings. While "Shillelagh" in general refers to anIrish wooden walking stick or club, italso serves as a symbol for fate in Ferguson's deft hands.

"Fifteen minutes" is an updated,tongue-in-cheek homage to Herman Melville's "Bartleby the Scrivener" by way ofDilbert. In this story, Bartleby is a copy editor who hates his job and boss,and spends his day counting down the minutes and seconds until the day'sdreariness is over. Bartleby is the tale of every cubicle dweller stuck in adead-end job and dreading tomorrow.

In"Morpheus and the Mayor," Ferguson lampoons the ineptitude of local officialsand their affinity for spin rather than action, even when faced with a crisisof pterodactyl proportions.

Inshort, Ferguson's second book is a great read. He is a writer in the classicIrish Blarney Stone tradition--the guy at the end bar stool, spinning tall talesas long as you're buying rounds--and he does not disappoint here.


Totally captures a reality that most of us have probably experienced in some form. I doubt I will ever forget it.


Ferguson reminds us that it is never wise to be the first among your friends to pass out while drinking.

Joseph Fergusonis an author, poet, and journalist appearing in a variety of small press,regional, and national publications. He wrote propaganda for a living for avariety of entities for some 25 years.
His books include twoshort story collections - Southbound,and Shillelagh Law, and a spoof of"how-to-get-a-job" books, Dave Doolittle'sResumes That Work, So You Don't Have To.
He is a former editorand critic for Hudson Valley, ran the Fiction Workshop for the PoughkeepsieLibrary District, and has reviewed books and videos for Climbing, The AmericanBook Review, Kirkus, and a number of other publications.
He also sellsrock climbing t-shirts through his website: bumluckhome.com/