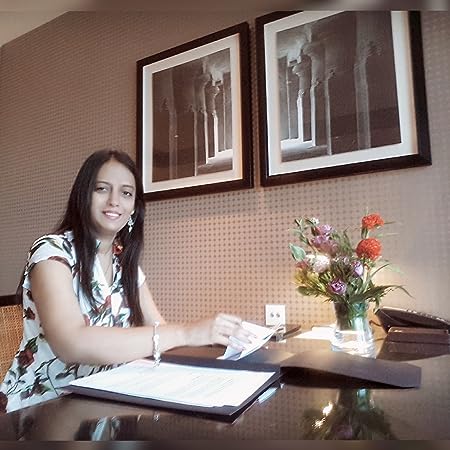 Shilpa Niraj has been reading mysteries ever since she first discovered Nancy Drew. An ardent fan of mysteries, she can still go back and reread her favorite books of Agatha Christie and Erle Stanley Gardner. An avid reader and a blogger, she is now working on her new mystery series.

Shilpa holds a bachelor’s degree in Mathematics and a master’s degree in Information Management from Mumbai University. She lives with her husband and son in Mumbai, India.

When she is not reading or plotting murders for her next story, she is busy exploring new destinations. 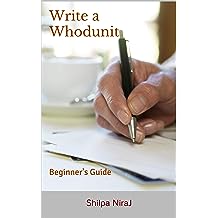 Write a Whodunit: Beginner's Guide (The Write Craft Book 1) Oct 23, 2018
by Shilpa Niraj
$0.99
Are you passionate about mysteries and planning to write your first whodunit? Are you struggling with your first draft? Or do you need useful tips on how to write a whodunit?

Write a Whodunit helps you write a mystery book.
This is a beginner’s guide that is easy to understand and implement. It covers the salient aspects of the craft of writing a whodunit.

The book is divided into three parts:

Part one – Plan a Whodunit

This phase delves into “Getting Ready to Write”.

Each section is accompanied with examples and an assignment that will assist you in writing your first draft.

Now that the preliminary work is done in part I, you have everything ready to leap in and start writing.

Rewriting is a necessity. Take the first draft and shape it for the reader. You take a comprehensive review of your first draft and analyse the structure, flow and imagery. Using the story analysis checklist, revise your book. Edit your work using line edit and copy edit to create a polished manuscript.

You will find many examples from successful mystery authors in this book, that will help you to understand the art and the genre.
You are about to start an adventure. 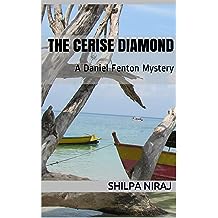 The Cerise Diamond (A Daniel Fenton Mystery Book 1) Oct 15, 2019
by Shilpa Niraj
( 1 )
$0.99
Caroline Atherton, the devastated widow of the victim, knows no one who would wish to kill her husband. His friends remember him as a respected antiquarian who was liked by all. Yet, in a house full of guests, the man was killed in his own study.
Daniel Fenton is cajoled out of his retirement to investigate a case that has no leads, no witness, no murder weapon and no evidence.
Join Fenton, as he attempts to unravel this baffling mystery with the help of Inspector Strang.

**** This is a standalone cozy mystery.
Read more 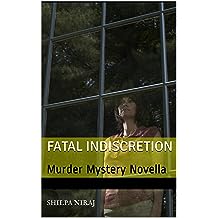 Fatal Indiscretion: Murder Mystery Novella Jun 27, 2018
by Shilpa Niraj
$1.00
Nathan Maxwell is found dead in his suite by the housekeeper on a Monday morning. There was no doubt about the cause of death. A single bullet straight into the heart.
Inspector Jonas McQuain is dispatched to Tiscayne Bay to investigate this baffling mystery. Along with Constable Pryce, McQuain has to probe into the life of the people at the Maxwell Grange. The victim has left his entire fortune to his nephew, the charming Eric Barton, who happens to be deep in debt.
In course of their investigations, they make surprising discoveries.
Maxwell was secretly engaged to be married to the grocer’s daughter, Verity. A disgruntled business partner was unhappy with the fact that Maxwell had backed out from his new project leaving him in a lurch. Is the victim’s sister, Catherine, as frail as she appears to be? Things get complicated when a young maid is poisoned. With the murder weapon missing and no tangible leads, will the police be able to discover the truth and unmask the murderer?

Who wanted Nathan dead and can McQuain and Pryce finally bring him justice?

Also by Shilpa Niraj
Book 1: A Murder Gone Wrong
Book 2: Silhouette of the Past 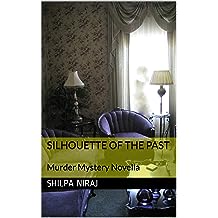 Sometimes it’s best to keep the past dead and buried……


A stormy day, a corpse and a group of suspects.

Three years after the death of Maribeth, seven people have gathered together at the same place for a business deal. Little do they know that they were about to witness another death at the Tiscayne Country Club. This time there is no ambiguity. It is murder! Unfortunately, Amber Levinson, who had gone to deliver the gardening supplies to the club on that stormy day, gets caught into the web of deceit of these powerful and influential people.

When Detective Myers points a finger of blame at Amber as his prime suspect, she has to figure out who the killer was. With the help of her assistant Dave and cousin Marlene, she starts digging into the secrets and motives of the people at the country club.

Can Amber unravel the mystery and solve the murder to prove her innocence?

Find out in this cozy mystery novella, The Silhouette of the Past.
Read more 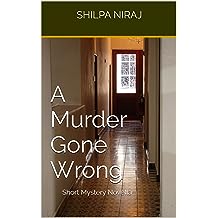 A night of celebrations at the Vintage High is marred with murder.

Is it a party gone wrong? Or are these pre-meditated murders.

Can Inspector Hugh Sowell solve this case before the killer strikes again?

Read this short whodunit to unravel the mystery at a party that has now turned into a crime scene.

Amy has everything in life. A loving husband, a huge mansion, a thriving business and wonderful friends, what more could she ask for?

Until one fateful night, a weekend full of celebrations, turned into a disaster.
A killer has donned the mask of friendship. What did Amy do to deserve this?

Tears blurred her vision. She heard someone sob. Someone shrieked.
Amy wanted to cry out loud but felt paralyzed. This couldn’t be true. ‘May be it is just a nightmare,’ she thought. She couldn’t be more wrong. Siren echoed in the distance. Coming closer. Moments later, people in uniform were around. Someone held her and walked her to the sofa. She looked around. Nothing made sense. When the policemen walked in, she realized it was going to be a long night.

A night she would remember as long as she lived.

Nothing will ever be the same again at Vintage High.

A house party had culminated into a crime scene. Can Inspector Hugh Sowell solve this case before the killer strikes again?