Add to Cart
$45.83
& FREE Shipping on eligible orders. Details
Sold by: duli_store
Add to Cart
$50.83
+ Free Shipping
Sold by: Publisher Direct
Have one to sell?
Sell on Amazon

Flip to back Flip to front
Listen Playing... Paused   You're listening to a sample of the Audible audio edition.
Learn more
See all 13 images 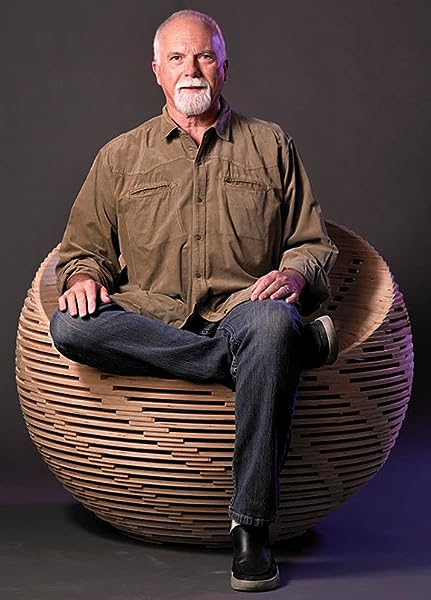 American multimedia artist James Stanford has earned an international reputation for his exploratory practice founded on the values of meditation. Stanford creates visual expressions of spirituality, Zen Buddhism, and metaphysics. In his Shimmering Zen series, the artist digitally transforms iconic vintage signage from Las Vegas into mandala creations. Finding beauty in discarded signs, he seeks to transform the profane into the sacred.

Stanford earned his MFA from the University of Washington and BFA from the University of Nevada Las Vegas. His work can be found in numerous international private collections in the United States and the United Kingdom. During his time as Las Vegas Arts Commissioner, he developed Lightscapes, a program that was recognized by Art in America as one of the top 20 public art projects. In addition, Stanford is an independent book publisher heading Smallworks Press which specializes in art and culture publications.

Founded in 2006, Smallworks Press is an award-winning publishing company located in Las Vegas, Nevada. Smallworks specializes in art and culture publications with a commitment to the highest standard in design, quality, and production. The Smallworks Press team enjoys collaborating with a wide spectrum of authors to create publications with impressive illustrations and photography, inspiring and thought-provoking essays, and an attention to detail rarely found in publishing today.

Finally a book made for micro-dosing! I spent about 10 minutes with Shimmering Zen and I'm already booking a weekend in Joshua Tree. James Stanford is an artist whose photography, digital illustration and painting has culminated in a series of works he calls Indra's Jewels, a group of digitally reinvented mosaics of patterns that are influenced by the Mohave Desert and landscape surrounding Las Vegas, or even Stanford's earliest forays into art. Experiencing the great works of the 16th-century artist Luis de Morales at the Prado Museum in Madrid at the age of 20 in 1968. These elements have found their way into the hypnotic, LSD drenched mandalas, repetitive layering's that carry a deeply self-conscious style. As Elizabeth Herridge writes in her essay for Shimmering Zen, a Mandela is defined as a consecrated enclosed space from the profane by a series of borders guarded by magical figures. Over 260 pages, Stanford's modern take on the mandala creates a stream of dreamlike experiences, abstract but with tiny details that begin to look like familiar sites everyday life. it has been 51 years since I took LSD, Stanford writes. I have never felt the need to do it again, such was the impact it had on me. It gave me a glimpse into the true nature of enlightenment. Maybe he passed his vibes onto you. --Evan Pricco - Juxtapoz Magazine

James Stanford creates visual expressions of spirituality, Zen Buddhism, and metaphysics. In his Shimmering Zen series, the artist digitally transforms iconic vintage signage from Las Vegas into mandala creations. Stanford earned his MFA from the University of Washington and BFA from the University of Nevada Las Vegas. His work can be found in numerous international private collections in the United States and the United Kingdom. Stanford is an independent book publisher heading Smallworks Press which specializes in art and culture publications.

Elizabeth Herridge specializes in museum management, marketing, fundraising and development. She shares her expertise as an art advisor with individuals and institutions and, as a specialist in Late Qing Dynasty jewellery and related materials, provides consulting services to private dealers and other interested parties. Elizabeth is a graduate of Wellesley College (B.A. French) and has an M.A. in Art and Archaeology (Asian Art) from the School of Oriental and African Studies (SOAS), University of London, U.K., as well as an M.A. in Connoisseurship and the Art and Auction Market from Christie's Education, New York. She is also a graduate of the Getty Leadership Institute's Museum Leadership Program (MLI) and is fluent in French.

Jeff Rosen serves as vice president of accreditation relations and director of the Open Pathway for the Higher Learning Commission (HLC). With expertise in governance, graduate study, civic engagement and strategic planning, he advises institutional leaders on accreditation policies and practices and oversees the peer review process for 130 public and private institutions. In 2018, Rosen conducted an agency-wide evaluation of HLC's processes and outcomes, and in 2013, developed HLC's approval protocol for competency-based education. He currently serves on the Steering Committee of WCET (WICHE Cooperative for Educational Technologies).

Before joining HLC, Jeff served as a research university dean of professional and continuing studies, professor of art history, and elected trustee of a public community college. In those roles, he created numerous academic programs by developing cross-campus initiatives using multiple delivery platforms. Rosen holds a Ph.D. from Northwestern University, an M.S. in Adult Education from Southern Connecticut State University, and a B.A. from New York University. His most recent book is Julia Margaret Cameron's 'fancy subjects' (Manchester University Press, 2016).

Brandon Yee
5.0 out of 5 stars Excellent!
Reviewed in the United States on March 8, 2018
Verified Purchase
I bought this book after reading a review in Juxtapoz magazine on a whim since I was looking to add books to my collection. I’ve never been a big fan of buying art books online, but in this case I’m sure glad I did. To my surprise the book was much larger than I expected and contained so much art that it took me over two hours to go through it the first time. Dollar for dollar this is one of the greatest values I’ve seen in an art collection for quite some time. The construction of the book, design and quality are first class and contain one of the greatest collections of digital art I’ve ever seen. Shimmering Zen is a must have for anyone that appreciates fine art especially if you’re a fan of old Vegas design and architecture.
Read more
5 people found this helpful
Helpful
Comment Report abuse

Jan O.
5.0 out of 5 stars Shimmering Zen is Alchemy: Pure Gold!
Reviewed in the United States on February 10, 2018
This rich, beautifully-produced volume is a must-have for those who appreciate the finest of contemporary art as well as its intrinsic symbolism. James Stanford is an astute cultural observer and highly gifted artist, whose paintings and photo-montages are truly a window to the spirit. The word "iconic," so overused today, truly applies to the pages of Shimmering Zen, which are genuine icons, inviting viewers to pay attention, to look deeper for greater discernment. Arresting and eye-catching, Stanford's work opens pathways to enlightenment and perception by means of surprising, intense and brilliant imagery. Those who study these images will reap intuitive as well as simply visual rewards.

I highly recommend this book: it presents thought-provoking, gorgeously rendered images: each page is a meditation, a key to open the depths of the psycho-spiritual cosmos it describes. It renders Zen visible, to those who take the time to see. Stanford's work is visual poetry. Shimmering Zen is brilliant alchemy, transmuting cultural "chemicals" into spiritual gold. An optic banquet!
Read more
8 people found this helpful
Helpful
Comment Report abuse

Michael Feder
5.0 out of 5 stars This is just a very beautiful book, in every way
Reviewed in the United States on March 3, 2018
This is just a very beautiful book, in every way. The spectacular quality of the printing, the unsurpassed quality of the paper used- these contribute to the overall feel of something that is very special. Of course, the images are the thing- and Mr. Stanford's use of objects to create his works is novel and brilliant- they seem at the same time very new and also very familiar. You will spend hours looking through this collectible- and you will leave it out on a coffee table for others to see. As a collector of wonderful books, I give this my highest recommendation. Your art book collection will be that much more complete.
Read more
4 people found this helpful
Helpful
Comment Report abuse