You've subscribed to This Mortal Coil! We will preorder your items within 24 hours of when they become available. When new books are released, we'll charge your default payment method for the lowest price available during the pre-order period.
Update your device or payment method, cancel individual pre-orders or your subscription at
Your Memberships & Subscriptions
There was an error. We were unable to process your subscription due to an error. Please refresh and try again. 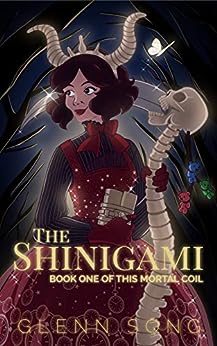 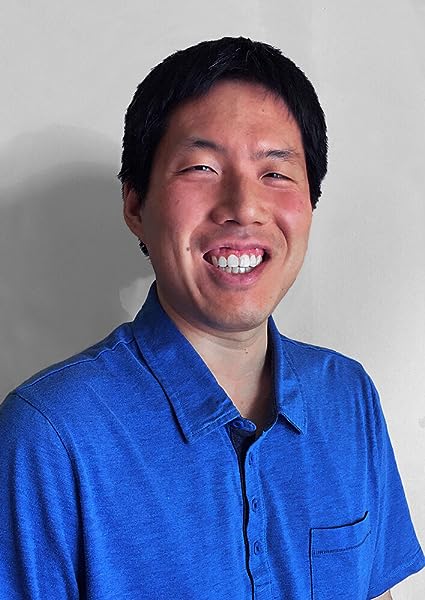 The Shinigami (This Mortal Coil Novella Series #1): A Wild Journey Through Space, Time, and Beyond Kindle Edition 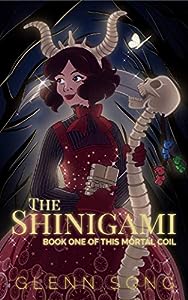 This Mortal Coil
Kindle Edition
Page 1 of 1Start OverPage 1 of 1
Previous page
Next page
Amazon Business: Make the most of your Amazon Business account with exclusive tools and savings. Login now

Other Books by Glenn Song

Glenn Song is the author and illustrator for the webcomic serial This Mortal Coil and the coloring book Lolita Fashion Coloring Book for Adults. He is also a software engineer in the game industry and has worked on titles such as The Sims 4, Sims Medieval, and MySims. He also co-founded a two-person independent mobile game studio called Prisma Wave Games and created and published Ollie and Flip (iOS) and Toodle's Toboggan (iOS/Android). He graduated with a Masters Degree in Computer Science at the University of Southern California and currently lives in Los Angeles.

Kumotteiru
VINE VOICE
4.0 out of 5 stars Playing it for Real
Reviewed in the United States on October 31, 2018
A group of boys play a D&D game and to spice things up, one boy draws a symbol from a book that he took from his father's desk.
They are rather shocked when a woman with a scythe appears, her normal task to ferry the dying into death.
But their action starts something a lot larger, as suddenly strange people come and want the book from his father's study. The group flee, taking one of the boy's mother along. They flee all over strange places in the universe, having fantastic experiences.
An entertaining story, probably meant for teenagers to young adults, but as I was reminded of some worlds in "A Hitchhiker's Guide through the Galaxy", also their parents could probably enjoy the book.
I received a free copy of this book via Booksprout and am voluntarily leaving a review.
Read more
Helpful
Report abuse

Dr. Patricia Eroh
3.0 out of 5 stars Difficulty following this
Reviewed in the United States on November 3, 2018
It was full of action but I didn't care for the characters too much, found much of it confusing. I must confess that I did not expect this type of story and this is perhaps not my sort of story. I read other people's reviews and was surprised by most so I feel that maybe I am biased against this type of story. I do not even understand the game spoke of in this story so if you are into D&D or other fantasy/role-playing games, here you go! :)

Alina Hart
3.0 out of 5 stars Not Bad, but...
Reviewed in the United States on October 10, 2018
I liked the idea of this. Some parts were entertaining and others were just... not at all clear and jumbled.
With a one, two spruce, it may actually take off and make perfect sense. The author would do good to go over it once more and flesh out their ideas a little better. Have multiple people take a look before publishing once more. It's definitely in need of a rewrite.
Again, great idea, poor execution.
Read more
Helpful
Report abuse

Michelle S
4.0 out of 5 stars Be Careful What You Do ----
Reviewed in the United States on October 25, 2018
The Shinigami
This Mortal Coil Book 1
Glenn Song

I thought the book was good. I loved the storyline, and the premise of the book. Who hasn't seen some odd symbol on a book and thought it would look great as a decoration. You would never would think that it would be real or anything would come of it. Here is what happens when it does....
Read more
Helpful
Report abuse

squirrel42
5.0 out of 5 stars Really a great story
Reviewed in the United States on November 2, 2018
Really enjoyed this book
Definitely recommend this to everyone I love the characters. I am definitely going to read more from this author

JaM Reader
4.0 out of 5 stars Interesting concept
Reviewed in the United States on November 3, 2018
This book kind of reminds me of the movie Jumangi. It was interesting and a fun read. If you like comedic books, then this is sure to be one you would enjoy. I love the interaction between the boys in this story.

I received a free copy of this book via Booksprout and am voluntarily leaving a review.
Read more
Helpful
Report abuse
See all reviews
Back to top
Get to Know Us
Make Money with Us
Amazon Payment Products
Let Us Help You
EnglishChoose a language for shopping. United StatesChoose a country/region for shopping.
© 1996-2021, Amazon.com, Inc. or its affiliates