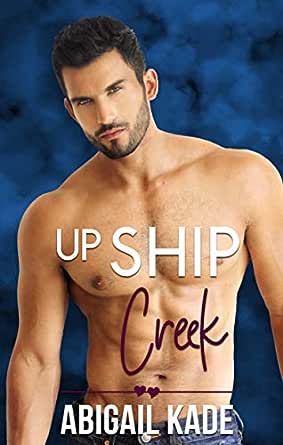 You've subscribed to Valentine's Inc. Cruises! We will preorder your items within 24 hours of when they become available. When new books are released, we'll charge your default payment method for the lowest price available during the pre-order period.
Update your device or payment method, cancel individual pre-orders or your subscription at
Your Memberships & Subscriptions
There was an error. We were unable to process your subscription due to an error. Please refresh and try again. 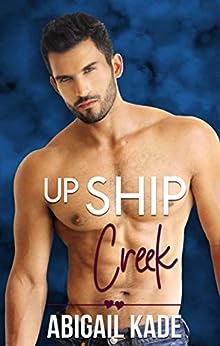 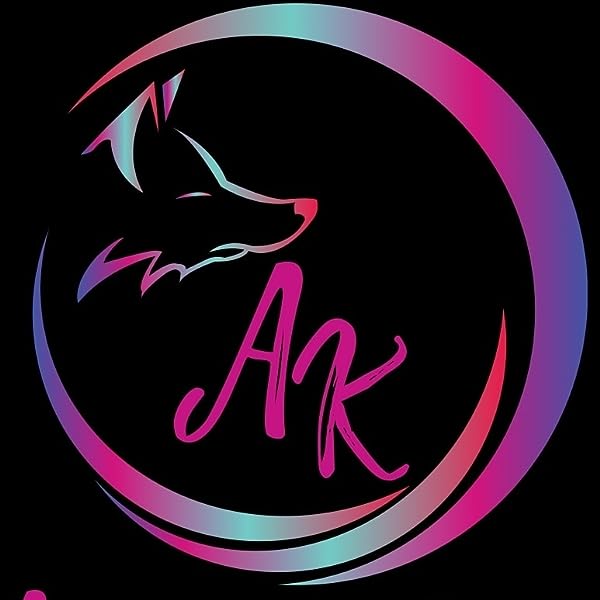 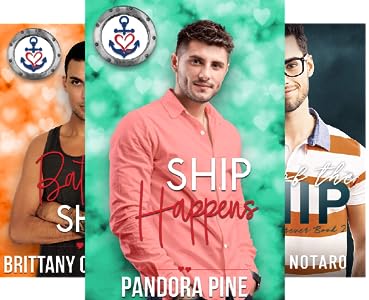 4.4 out of 5 stars
4.4 out of 5
54 global ratings
How are ratings calculated?
To calculate the overall star rating and percentage breakdown by star, we don’t use a simple average. Instead, our system considers things like how recent a review is and if the reviewer bought the item on Amazon. It also analyzes reviews to verify trustworthiness.

marakita
5.0 out of 5 stars Funny and sexy.
Reviewed in the United States on September 21, 2019
Verified Purchase
This is the story of Bart and Taylor. It has everything that makes it a great story. It is written well and the characters are greay. Filled with drama and laughter, it keeps you turning the pages. Only complaint that I have is that it was way way too shory.

I received this book as an Arc and I am reviewing it voluntarily.

Shey Houston
4.0 out of 5 stars Fun, sweet read
Reviewed in the United States on September 14, 2019
Verified Purchase
The last boom to set sail in the Valentine's Inc cruise series and what a great way to end it.
Bart and Taylor were a ton of fun and I really hope we get to see them in the future!
Read more
Helpful
Comment Report abuse

Rebecca Slone
VINE VOICE
4.0 out of 5 stars 4*
Reviewed in the United States on February 11, 2020
This was a cute little story. Two frenemies who are stuck on a cruise together. One stranded without a room. One with a room and by himself when his brother’s plans failed. When the offer of the room comes out, it takes all they have not to go at it in the middle of the lobby right then.

Taylor was ready to go on this cruise. Luke was a friend with benefits and maybe it could turn into more. He liked Luke, liked the sex. But when he gets on board and goes to his room, he is in shock at the bare naked woman on the bed spread eagle and then strangled by the boyfriend who thinks he wants the woman. Thank goodness he’s gay. They go downstairs and discover, Taylor has not only been stood up but everything has been cancelled. He’s stranded. And the boat has already left the port. Bart was looking forward to some time off. Too bad his brother had to cancel at the last minute because of a homicide case he had to work. When he went downstairs, after his nap, to get something to eat, he discovers Taylor standing there. But surely that couldn’t be Taylor. But it was. And when he finds out the problem, he is angry for Taylor and immediately offers the use of his room. With the king sized bed, they would have plenty of room. Plus the pullout couch. But as Taylor is unpacking, he realizes what his best friend packed for him and he is mortified. Bart comes to see what is taking Taylor so long and discovers the luggage full of nothing but lingerie and the sparks immediately fly. They go to eat, letting the chemistry simmer, and it’s not long after until they are in a passionate embrace and more. They admit to each other eventually they’ve been in love with each other for a while, but the problem is what happens when they get home. The man who stood Taylor up, shows up. Does Taylor want him back or will he stay with Bart and continue with what they’ve started?

I was so mad for Taylor myself when I read what happened to him. It was so wrong. Eventually you find out what happened…at the end of the book. And it’s legitimate. But still. At the time, it’s heartbreaking. Thankfully, Bart happened to be on the same cruise. Which was a blessing and a curse. A blessing because he now had a room, but a curse because he’d be hiding a hardon the whole time. It was funny, though, the way Bart and Taylor acted with each other. The bickering and sass back and forth. The way they goaded each other. You could tell they were into each other but fighting it every step of the way.

Anna Lynn Y. Torres
5.0 out of 5 stars Secret attraction....
Reviewed in the United States on September 21, 2019
They say that whatever you orally say, your heart says differently. Not really enemies but not good friends either. Maybe sometimes we just have that acquaintance/friend who rubs us the wrong way but not because he is a bad person, but maybe underneath it all, there is a certain attraction that you are fighting so hard.

Bart and Taylor work together. And they have the tendency to tease each other immensely sometimes to the point of being antagonistic. But maybe it is a way of coping against the attraction they harbor for each other like their own version of flirting. Taylor likes to run away from Bart. A recent confession from Bart surprised Taylor that he ran again.

On the cruise, Cancelled on by his sometimes hook-up, Taylor now has nowhere to stay. Bart’s brother had to cancel at the last minute. Will the close proximity of being in the same room finally give them the chance to explore whatever this is between them

A sweet story of two men who had been attracted to each other for sometime now. It is a breath of fresh air reading just pure sweetness and fun banter. Thank you Ms. Abigail Kade! ⭐️⭐️⭐️⭐️⭐️
Read more
Helpful
Comment Report abuse

Amanda V
5.0 out of 5 stars Taylor and Bart are just what I hoped for
Reviewed in the United States on September 12, 2019
I have been dying for Taylor and Bart’s story, and it did NOT disappoint! These two men are pure fire together, and their banter is gold. Taylor and Bart work together occasionally and always rile each other up when in the same room, but underneath their hilariously feisty dynamic is an attraction that sizzles as hot as the Caribbean sun. Their slightly unexpected cruise together (yeah, that’s the unexpected part!) is full of mishaps and chaos, but also full of revelations, slightly kinky sexy times (oh foxy, yes please), lots of lingerie, and the glow of new love. Oh, and a couple of tropical storms. What could possibly go wrong?

“I flicked the angel off and mentally gave the little devil a hug five. I had sinning to do.” Yeah, Taylor, get it!

This story is the perfect length for a quick, sweet, sexy read, and an irresistible addition to the Valentine’s Inc world. I hope we see a story for Luke soon!!

This is book 10 in the Valentine's inc. Cruises series. The author states this book takes place in her "just the way you are" world but I haven't read those books and it stood alone fine.

I wasn't a huge fan of the unexpected kinkiness of this story. From the blurb I thought mild manties but it got intense fast. I also was confused by the relationship it sounded like it might be enemies to lovers but it wasn't. I think the story lacked a smoothness that I wanted. It felt forced at times.

Overall, it was an ok story with kinky roots.
Read more
One person found this helpful
Helpful
Comment Report abuse
See all reviews

mrs sarah frost
5.0 out of 5 stars Short hot fun read.
Reviewed in the United Kingdom on September 28, 2019
Verified Purchase
Easy loveable characters who are frenemies until they end up sharing a cabin in a cruise. Taylor finds himself basically a stowaway on the ship after his friend with benefits cancelled after Taylor boarded and the ship set sail. At the reception desk Taylor's not sure where he's gonna stay until Bart who's also on the cruise alone, after his brother cancelled on him, makes him an offer, share his cabin! They soon discover new sides of each other having plenty of hot fun on the way!.
Although the story is short it flows and throw in some sexy lingerie, toys, kink and sea sickness you have a five star read. Good job Abigail Kade!
Read more
Report abuse
See all reviews