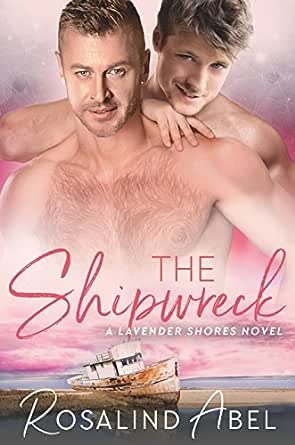 You've subscribed to Lavender Shores! We will preorder your items within 24 hours of when they become available. When new books are released, we'll charge your default payment method for the lowest price available during the pre-order period.
Update your device or payment method, cancel individual pre-orders or your subscription at
Your Memberships & Subscriptions
There was an error. We were unable to process your subscription due to an error. Please refresh and try again. 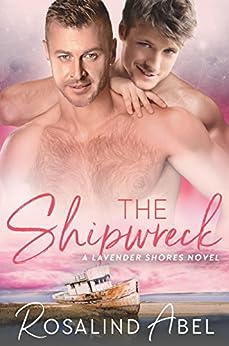 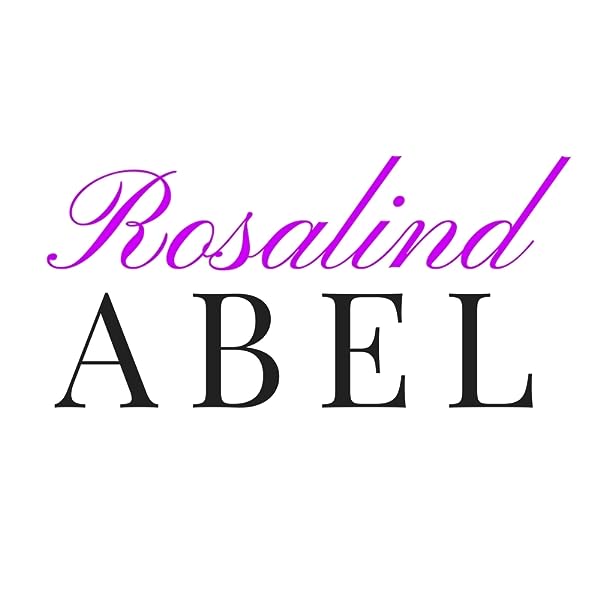 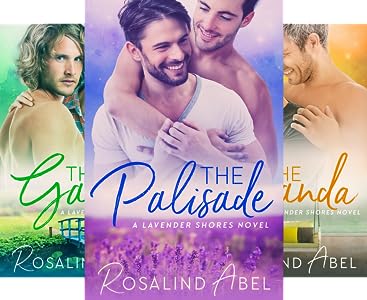 4.7 out of 5 stars
4.7 out of 5
114 global ratings
How are ratings calculated?
To calculate the overall star rating and percentage breakdown by star, we don’t use a simple average. Instead, our system considers things like how recent a review is and if the reviewer bought the item on Amazon. It also analyzes reviews to verify trustworthiness.
Top reviews

Rebecca
5.0 out of 5 stars Worth The Wait
Reviewed in the United States on October 1, 2017
Verified Purchase
The Shipwreck is the long-awaited story of Lamont Price, Lavender Shores' favorite romance author. I have adored Lamont since we first met him in The Palisade and hoped he would get his own Happily Ever After! Following his agent's advice, Lamont attends a convention to reveal that HE is the man behind the Ginger Peach brand. The Shipwreck shares the story of Lamont and Tyler Dixon, who has his own secrets. Cover model for a fellow romance author, Tyler agrees to help Lamont by pretending to be his boyfriend for the weekend to thwart his well-meaning family. And what a family! Anyone who has read the three previous Lavender Shores books has already fallen for the Kellys! What starts out as pretend for Lamont's family quickly becomes "let's not pretend with each other." But Tyler still has secrets and the two men circumnavigate a relationship that started as a sham, especially once Lamont and Lavender Shores realize just who Tyler is.
Read more
10 people found this helpful
Helpful
Comment Report abuse

V.A.S.
5.0 out of 5 stars WELCOME BACK TO LAVENDER SHORES
Reviewed in the United States on October 1, 2017
Verified Purchase
Once again Rosalind Abel has transported us back to Lavender Shores. This time for the sweetest and most romantic story yet.
It is early winter in Lavender Shores.
Lamont Price, a founding family member of Lavender Shores is reluctantly attending a romance-fiction convention. As this was the first personal appearance for the successful romance writer, his agent planned to proudly announce that bestselling author Ginger Peach is Lamont Price. Anticipating that this announcement will either shatter the illusion of their favorite author and kill his career or attract many new readers, Lamont would gladly be anywhere else.
Lamont is shy, overly nice, nervous, and lonely. Second guessing every step, he is content to stay at home writing his immensely successful novels. Though he is immensely loving, and supportive of extended family. Robert, his wonderfully, exuberant father is on a tireless quest to find the perfect lover for his unattached forty-five-year-old son. Relationships have proved so disastrous that Lamont has avoided them for seven years.
As Lamont is stealthy trying to leave the convention before his gender reveal is announced to waiting fans he is pulled away by the audience screaming for the cover model featured on a rival’s books. Mesmerized by the gorgeous man dancing, stripping and captivating the audience, Lamont and the model make eye contact.
Hours later when Lamont is finally able to escape the crowds after answering questions, signing autographs, and posing for selfies, he finds himself in a nearby conversation about surviving these conferences. Tyler Dixon introduces himself, mentioning that his working name is Tate Dallas. After an exasperating phone text from his father, regarding this weekend’s baby shower to announce the gender of the first grandchild. Lamont confesses that his father has a ‘surprise for him’ meaning that Robert is trying yet again to set him up with a date. Tyler senses Lamont’s frustration and offers to act as a pretend boy-friend for the shower. Lamont is surprised that Tyler would agree to the charade for a fee, although he is assured that Tyler often acts as a boyfriend for the weekend. Tyler is amazed that Lamont who looks ‘hot as hell’ and interesting is single. Spending a few days in Lavender Shores near the Point Reyes National Seashore would allow him to be Tyler Dixon photographer. Spending time with the nervous and attractive author is a plus and perhaps there might be an alternative to staying in Lamont’s guest room.
Rosalind begins to carefully construct a scenario of Lamont’s family falling in love with Tyler, believing Lamont has at last found a stunning and affectionate boyfriend. Tyler is enthusiastically welcomed into the family. Throughout the book we are treated to conversations and interactions with friends from previous stories. Tyler finds that this unconventional family is warm and charming and he plays his part well. There is an amazing amount of chemistry and appreciation of nature’s beauty between the two as well as a burgeoning physical attraction. The few days they spend together becomes ‘pretending to be real boyfriends’ and not simply for show. Lamont shows Tyler the haunting, mystical rugged side of the area and Tyler captures thousands of photographs understanding Lamont’s appreciation for the wild beauty. The days before Tyler leaves to join his own parents for Christmas become thick with emotion. For two people not looking for a relationship
both Lamont and Tyler wonder how can feelings become so strong so quickly?
THE SHIPWRECK, this newest addition to the Lavender Shores series is easily a favorite as Lamont is sweet and so insecure and Tyler is in awe of Lamont’s generosity, humor, and caring plus of course, the incredible handsome sexiness that Lamont doesn’t see.
WELCOME TYLER DIXON to the Lavender Shores family!!
Read more
9 people found this helpful
Helpful
Comment Report abuse

loopdlu
5.0 out of 5 stars Lamont! So very, very good.
Reviewed in the United States on October 4, 2017
Verified Purchase
The Shipwreck is another amazing story by Rosalind Abel. In this book, the author breathes new life into the 'started out as a fake relationship' trope, but does it was such warmth and depth that it doesn't feel like a cliched vehicle. We've gotten to see Lamont in previous Lavender Shores books, and he's been this heartwrenching soul that seemed to ooze longing and was trailing tendrils of sadness. So, it was perfectly reasonable that he wouldn't want to face his well-meaning family by himself. Enter Tyler, the beautiful man who starts out as someone willing to sell his time, but develops into so much more.

Every time I read a Lavender Shores novel, there's a place where I wonder if this is going to be the story where I'm let down. The author does such a good job dragging my emotions over the rough road of disappointment and despair that I get to a point where I think, how are we going to get to a happy ending. I know that's the point, that we're going to end this story happily...or will we? This author is a master at making me feel the emotions of the characters, so that I'm choked up when at the goodbye and disappointed by the lack of contact, and I'm unsure that it can all be okay. That is the mark of an excellent author, and what keeps me coming back for more.
This was another brilliant installment in the Lavender Shores series, and I'm waiting breathlessly for the next book.
Read more
3 people found this helpful
Helpful
Comment Report abuse
See all reviews

Helennnlouise18
4.0 out of 5 stars Read via ku
Reviewed in the United Kingdom on January 15, 2019
Verified Purchase
Boyfriend of convenience is my favourite trope and WOW. I think these two are my fave pairing. I loved Lamont in book one and I’m so glad he got his HEA. addicted.
Read more
Report abuse

Linda A
4.0 out of 5 stars Lamont and Tyler
Reviewed in Australia on July 23, 2019
Verified Purchase
Another beautiful book in the Lavender Shores series.
Lamont has had his heart broken a few times so is no hurry to get into another relationship but Tyler’s care and attention go along way to fix it. Unfortunately Tyler’s secret could really mean the end of them before they have really begun
Read more
Report abuse

TABellmond
5.0 out of 5 stars Sweet romance
Reviewed in Australia on March 8, 2019
Verified Purchase
This was precisely what I needed this week. A bit of angst-free sweet romance between two gorgeous men set against a beautiful backdrop. Just perfect.
Read more
Report abuse