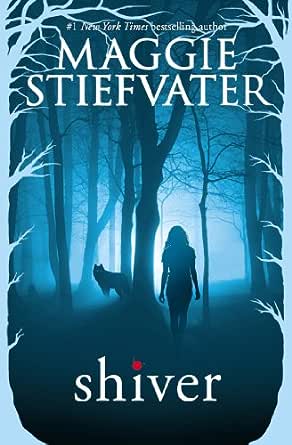 You've subscribed to The Wolves of Mercy Falls! We will preorder your items within 24 hours of when they become available. When new books are released, we'll charge your default payment method for the lowest price available during the pre-order period.
Update your device or payment method, cancel individual pre-orders or your subscription at
Your Memberships & Subscriptions 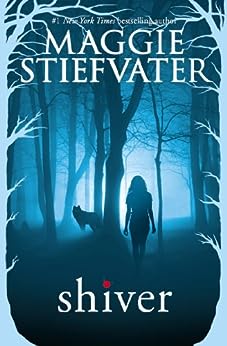 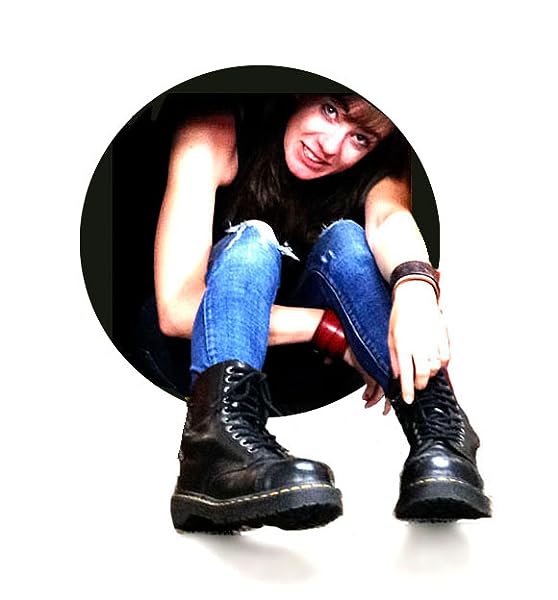 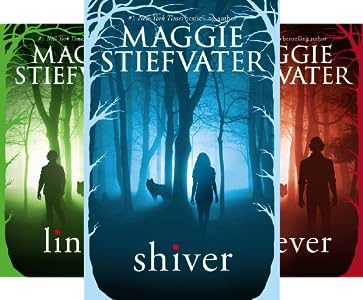 "A must-have that will give Bella and Edward a run for their money." -- School Library Journal

After a tumultuous past as a history major, calligraphy instructor, wedding musician, technical editor, and equestrian artist, Maggie Stiefvater is now a full-time writer and New York Times bestselling author of the Shiver trilogy, The Scorpio Races, and The Raven Boys. Her debut series, the Books of Faerie, is published by Flux. Maggie lives in the middle of nowhere, Virginia, with her charmingly straight-laced husband, two kids, four neurotic dogs, and a 1973 Camaro named Loki.

Brenna Yovanoff is is the author of The Replacement and has published in various journals. She lives in Denver, Colorado. Recently she sat down with Maggie Stiefvater to discuss Stiefvater's Ballad and The Wolves of Mercy Falls series. Read the resulting interview below, or turn the tables to see what happened when Maggie interviewed Brenna.

Maggie: Well, most of my characters are delightfully single-minded, because that is what characters do. So if I were arguing a high-level thesis paper, I’d probably declare that, in fact, all of my characters are really me, just exaggerated, stripped of gray areas and less than crystal clear motivations. Even the evil ones. Maybe especially the evil ones. >br/>
That said, I’ve been told I’m quite like Isabel from the Shiver [Wolves of Mercy Falls] series and James from Ballad.

Brenna: If Cole from the Shiver trilogy and James from Ballad had to fight each other in a snark-off, who would win?

Maggie: James, I’m afraid. Cole has learned to rely far too much on his appearance to win these things and sometimes, my friends, a finely crafted chin will just not get you ahead in life.

Brenna: When your characters are romantically involved, they’re willing to fight desperately to be together, often against seemingly insurmountable odds. Like when their significant others turn into wolves and run away into the forest. Where do you stand on the topic of true love?

Maggie: I’m a fan/ believer/ proponent of true love. I think it’s worth waiting for, and I also think it’s worth fighting for once you’ve found it. I’m one of those madly in love people who just doesn’t understand why anyone would stand for anything less. I also find long-term dating confusing. I was engaged after a month and a half because, like Grace in Shiver, I am bad at shopping. I just see what I want, and then I go and get it.

Brenna: Cole St. Clair’s band Narkotika is, understandably, not a real band. However, if it were a real band, what would it sound like?

Maggie: Well, I think that Narkotika, like love, is in the eye of the beholder. It’s supposed to be an edgy, hard, slightly unsettling band, and that varies depending on what you listen to. Also, it was originally an electronica band (think Blaqk Audio). These days I go through life thinking that possibly they would sound like Ringside. Or Korn. Or Carolina Liar. Or Three Days Grace. I realize that these bands sound nothing like each other. I have no good explanation for that.

Brenna: What would you say to all the woefully optimistic girls out there (i.e., me) who want to know if Cole would date them? What if they said please?

Maggie: Oh, Cole would date you. I guarantee you he would date you. If by “date,” you mean “make out with you in a dark hallway, remove some of your clothing, completely avoid giving you his contact information, disappear, and make you have a resulting existential crisis about why you date boys who treat you badly.”

The please wouldn’t be necessary.

That night I lay in bed and stared at the window, my blinds pulled up so I could see the night sky. One thousand brilliant stars punched holes in my consciousness, pricking me with longing. I could stare at the stars for hours, their infinite depth pulling me into a part of myself that I ignored during the day.

Outside, deep in the woods, I heard a long, keening wail, and then another, as the wolves began to howl. More voices pitched in, some low and mournful, others high and short, an eerie and beautiful chorus. I knew my wolf's howl; his rich tone sang out above the others as if begging me to hear it.

My heart ached inside me, torn between wanting them to stop and wishing they would go on forever. I imagined myself there among them in the golden wood, watching their heads tilt back to the endless stars. I blinked a tear away, feeling foolish and miserable, but I didn't go to sleep until every wolf had fallen silent.

As if high school weren't already hard enough without adding werewolves to the mix! This earnest teen romance is presented alternately from Grace's point of view and from Sam's, so Jenna Lamia and David Ledoux trade off narrating duties. It's an effective technique for the audio format. At one point in the story, Grace describes Sam and "the soft, sad shape of his lips, looking just like his voice sounded," which is also a pretty good description for how Ledoux sounds. His funny, appealing, sometimes-wobbly voice is especially appropriate for a conflicted teenaged guy who also happens to be a werewolf. Occasionally overwrought or treacly, SHIVER is sure to appeal to fans of TWILIGHT and other paranormal teen fare. J.M.D. © AudioFile 2009, Portland, Maine --This text refers to an alternate kindle_edition edition.

Starred Review. Grade 9 Up—Grace, 17, loves the peace and tranquility of the woods behind her home. It is here during the cold winter months that she gets to see her wolf—the one with the yellow eyes. Grace is sure that he saved her from an attack by other wolves when she was nine. Over the ensuing years he has returned each season, watching her with those haunting eyes as if longing for something to happen. When a teen is killed by wolves, a hunting party decides to retaliate. Grace races through the woods and discovers a wounded boy shivering on her back porch. One look at his yellow eyes and she knows that this is her wolf in human form. Fate has finally brought Sam and Grace together, and as their love grows and intensifies, so does the reality of what awaits them. It is only a matter of time before the winter cold changes him back into a wolf, and this time he might stay that way forever. Told from alternating points of view, the narrative takes a classic Romeo & Juliet plot and transforms it into a paranormal romance that is beautiful and moving. Readers will easily identify with the strong, dynamic characters. The mythology surrounding the wolf pack is clever and so well written that it seems perfectly normal for the creatures to exist in today's world. A must-have that will give Bella and Edward a run for their money.—Donna Rosenblum, Floral Park Memorial High School, NY END --This text refers to an alternate kindle_edition edition.
Read more