Short Pours: The Stan Chronicles and millions of other books are available for Amazon Kindle. Learn more 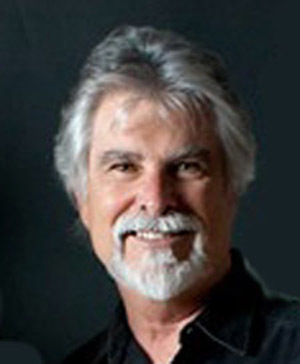 "Cris Hammond's Stan is the friend I've always been looking for - willing to punch an Easter Bunny to save a mime. These are fun and engaging stories that prove my long-held belief that alcohol drives most great literature."
- Conan O'Brien

"Stan! I want to hang out with this guy. His world is so rich, gritty and splendidly funny. I just couldn't get enough. Hammond is an amazing story teller."
- Peter Sagal, Host of NPR's Wait, Wait, Don't Tell Me

Cris Hammond is an artist, writer, cartoonist and entrepreneur, currently living in Paris. His comic strip, Speed Walker, Private Eye, appeared daily in over 150 newspapers across the U.S. His oil and watercolor paintings of ships, the sea, and rural France, have been shown in galleries across the nation. Mr. Hammond has contributed to special effects teams of George Lucas' Industrial Light and Magic, winning Academy Awards for films such as Star Trek III & IV, Innerspace, and The Abyss.In 1994, he took a life-changing detour into the corporate world. Eight years later, he left that world with a new determination, to paraphrase Boz Scaggs, "To get up and make his life shine."So, he sold his house, bought a canal barge in France and set off on a 15 year journey through the canals and rivers of the country. The voyage has taken him and his wife through over 1500 kilometers of inland waterways, and rewarded them with a floating home on the water in the heart of Paris. His first book, "From Here to Paris" is an inspiring and hilarious memoir of that adventure. It's available on Amazon."Short Pours, The Stan Chronicles" is his second book. It is a collection of fictional short stories, with a lively touch of memoir sprinkled throughout. The inspirational spark for the stories comes largely from the author's life, lessons learned and friendships, old and new. But they are fiction. Honest they are.
Start reading Short Pours: The Stan Chronicles on your Kindle in under a minute.

Stephen
5.0 out of 5 stars Warning: Stan is addictive
Reviewed in the United States on April 4, 2017
Verified Purchase
What sort of trouble will my favorite anti-hero get himself into next? As a friend of the author I had the pleasure of reading the stories in Short Pours as they were written. Every week I looked forward to another Stan story.
I love a character with a voice. Stan has a strong voice, and Hammond uses it to throw his character into high relief against the low brow backdrop in which he ekes out his existence.
Stan is backed up by a cast of unlikely and almost lovable semi-recurring characters. These people get to be like old friends: too real not to like, too quirky to be made up. After a few stories, when Stan walks into the bar, you’ll be asking Sal for “the usual.”
The context is much different from Hammond's earlier book,  From Here To Paris - Get laid off. Buy a barge in France. Take it to Paris , but it's the same off-the-wall humor that kept you turning those pages.
Okay, so this is the word of a friend of the author. The sample text is a good representation of the rest of the book. You’ll see what I mean.
You can drink all these stories one after another if you like, but be careful with your Stan intake. This reviewer suggests Short Pours.
Read more
2 people found this helpful
Helpful
Report abuse

Keith
5.0 out of 5 stars A Wild Ride
Reviewed in the United States on July 24, 2017
Verified Purchase
Lots of fun! Stan and his motley crew take us on a wild ride through the gritty streets of Oakland, the union halls of San Leandro and rough parts of San Francisco I didn't know still existed. Bad guys are dealt with, justice is done and frightening amounts of alcohol are consumed. It's a rollicking adventure, a collection of short stories that each stands on its own.

I loved the writing, like this description of a femme fatale: "Her legs disappeared into a skirt that was a lot tighter than it was long." Or the discussion among Stan and his pals as to whether it was the mime that started a fight: "You think it was something he said?"

If you enjoy funny, engaging stores that pull you in and make you want to keep reading, this is the book for you.
Read more
Helpful
Report abuse

lizzy
5.0 out of 5 stars I loved this book
Reviewed in the United States on May 15, 2017
Verified Purchase
I loved this book ! Cris Hammond is a wonderful generous writer... In his previous book he took us on his life adventure of leaving the Bay Area and buying a barge and moving to France. In Short Pours he again takes us on an adventure to the streets of Oakland and we are introduced to Stan and his life. This book is short stories with a common thread running through the book, Stan . Each chapter / story is a complete piece that is tied nicely with a bow at the end. He is generous to the reader in a way that we get closure after each story... Wonderful read along with From Here to Paris...
Read more
Helpful
Report abuse

Arthur H. Stromberg
4.0 out of 5 stars Short Pours
Reviewed in the United States on May 23, 2017
Verified Purchase
take a vacation from standard novels and read this one. It'll take you from here to there and back again & you'll learn that God is a woman. Fun reading.......
Read more
Helpful
Report abuse

Scott von Stein
5.0 out of 5 stars Five Stars
Reviewed in the United States on May 21, 2017
Verified Purchase
Great reading! What a collection of wonderful stories.
Read more
Helpful
Report abuse

D. Pettus
5.0 out of 5 stars Great new voice and terrific story-teller!
Reviewed in the United States on April 17, 2017
Verified Purchase
This is an inventive new voice in a package of wrenching, yet laugh-out-loud stories. The characters are compelling - almost cinematic. I DO see this as a future TV series. It's a combination of Breaking Bad and Seinfeld. Think Nelson Algren and Michael Chabon. Hammond has a great way with natural dialogue and a his plot twists are heart-breaking the more we identify with Stan, who is everyone of us if we're down and out and have a big heart and a wry sense of humor.
Really fine writing. Really funny stories. Really leaves you thinking about surviving in a sometimes hard world.
And then there are those last couple of tales that take you, unexpectedly, into a different realm.
I look forward to a lot more from this writer.
Read more
One person found this helpful
Helpful
Report abuse

Corinne LaBalme
5.0 out of 5 stars Damon Runyan Redux
Reviewed in the United States on April 17, 2017
"I'm at that point in a glass of whiskey where I begin to come up with reasons to have another."

If you've ever been in that state of mind -- usually a few hours before you wake up someplace you already want to forget -- it's downright comforting to follow Stan as he meanders between the flagrantly fragrant Hotel Royal and the no-frills Mariano's Bar, encountering a whacked-out West Coast bomber crew of drunk and disorderlies along the way. Just plain fun... and definitely worth another round of bourbon. (Sequel please...)
Read more
One person found this helpful
Helpful
Report abuse
See all reviews

constance
5.0 out of 5 stars I love Stan
Reviewed in France on December 11, 2017
Verified Purchase
I loved these stories, their fresh voice and language, the humor, and the real life people in them. Hammond has a real ear for dialogue, fresh, funny and raw. Real working class stories. Some of these stories would make a great movie- movie moguls please read!
Read more
Report abuse
Translate review to English
See all reviews
Back to top
Get to Know Us
Make Money with Us
Amazon Payment Products
Let Us Help You
EnglishChoose a language for shopping. United StatesChoose a country/region for shopping.
© 1996-2021, Amazon.com, Inc. or its affiliates