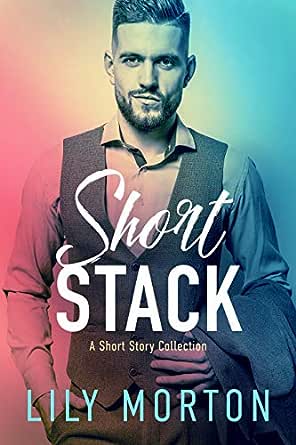 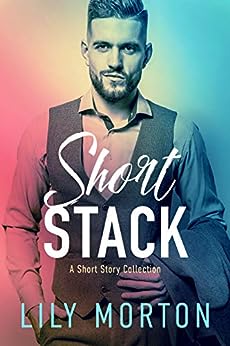 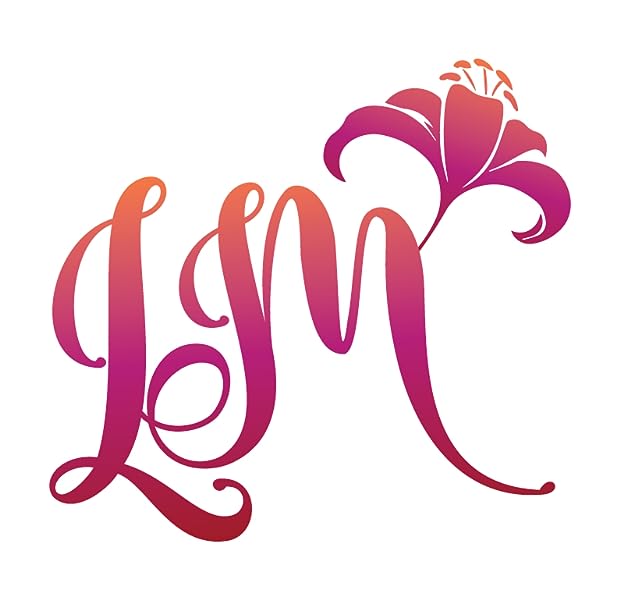 Christina Azariadou
5.0 out of 5 stars What a great visit to all my favorite couples
Reviewed in the United States on October 2, 2020
Verified Purchase
I was so excited when Lily revealed this project and I couldn't wait for it. Revisiting all my favorite couples in their small adventures that make up their life and feeling how true they are, like they are real life characters and I'm a part of their story, there to be happy with them.

I laughed a lot with all their shenanigans and so filled with joy for their HEAs after their HEAs.
Read more
2 people found this helpful
Helpful
Comment Report abuse

Karen
5.0 out of 5 stars Short stack
Reviewed in the United States on October 3, 2020
Verified Purchase
Thank you !Thank you !Thank you ! for such a wonderful book! I smiled and remembered why I loved those characters so much.
Read more
2 people found this helpful
Helpful
Comment Report abuse

Adia
5.0 out of 5 stars Totally worth it!
Reviewed in the United States on October 14, 2020
Verified Purchase
I was really unsure if I wanted to buy a collection of short stories, but is actually such a great addition to the books, funny and relevant. Very well written and the stories are long enough to hold your interest for the entire book. I enjoyed it immensely and I have actually read again most of the books in the series. The only downside is that I now want more! When are we going to get a new book from Lily?
Read more
Helpful
Comment Report abuse

Texan2
5.0 out of 5 stars Funtastic
Reviewed in the United States on October 11, 2020
Verified Purchase
What a funtastic collection of short stories that catch the reader up on these great characters. I don't know how many times I have wondered about characters that I have grown attached to in a book, this has given further insight and it feels like closure. I am very happy with that.
Read more
Helpful
Comment Report abuse

Mrs Smith
5.0 out of 5 stars No shortage on romance
Reviewed in the United States on October 3, 2020
Verified Purchase
Its so wonderful to have these follow up stories all in one place. Revisiting some of my favorite couples was so much fun. As usual there is plenty of snark and lots of love with some steamy fun thrown in for good measure.
Read more
Helpful
Comment Report abuse

MSmith
5.0 out of 5 stars Lovely.
Reviewed in the United States on October 7, 2020
Verified Purchase
It’s so wonderful spending time with all the men again. The writing is lyrical and lovely and the snark is top notch!
Read more
Helpful
Comment Report abuse

Leslie Kent
4.0 out of 5 stars Short Stack is a delightful visit with favorite couples!
Reviewed in the United States on October 3, 2020
Lily, Lily, Lily. I love you and I love your guys! I would happily read little stories like this forever. I want to check in on these men for life and would never tire of hearing about them.

The aptly titled, “Short Stack,” is a collection of short stories featuring the men from her, “Mixed Messages,” and, “Finding Home,” series. Many have already been released through her newsletter and are on her website as well. But there are a few new ones and some deleted scenes.

Most of you that read my reviews know that I’m a Lily-aholic. Please don’t try and cure me. It’s not possible and I enjoy the addiction. I have read and reread most of her books. She’s a big comfort writer for me. When I need to be soothed, I pick up one of her books. Sure, her books tend to stick to a few formats. There’s often a grumpy vs sunshine theme or a brooding vs snarky one. I don’t care. I even love how each of her guys smell a certain way. 😂

“Short Stack,” is one big soothing balm of snarky love. It’s fairly angst free. Although some of the deleted scenes take place before the happily ever afters so I won’t say it’s completely free of conflict and pining. I enjoyed the deleted scenes but can see why they were removed.

Out of the new stories, “Babysitting Billy,” was my favorite of the bunch. Reading about stern Gabe becoming so flustered was a treat. He also showed his rare softie side. I was a puddle of goo and laughter. “Marrying Jude,” was a close second. (One word: Dean)

Steam wise this was fairly low but what was there was electric. I can’t say that I minded as I love the humorous and tender moments just as much.

I hope she does one of these at some point for the, “Close Proximity,” characters.

If you love Lily Morton, this is a must read.
Read more
2 people found this helpful
Helpful
Comment Report abuse

Barb_T
5.0 out of 5 stars Title is Short but the Feels Goods Last Long
Reviewed in the United States on October 26, 2020
Short Stack may be short on title but it’s long on reading pleasure—especially to those of us who clearly remember and still want to visit our favorite couples from both the Mixed Messages and the Finding Home series.

Here’s what’s important to know: There are nineteen stories, some short, some long. We get Lily Morton’s writing skill, sense of humor, and clean editing. And, most important, we get poignant moments—some tear-filled, some with laughter—from our favorite couples.

I considered giving a brief synopsis of each story until I got into the book and realized I was zooming through this “short stack” as fast as I would a stack of pancakes. I decided not to take the time to summarize each story, because they were all good and unique and, as my Brit friends would say, brilliant. But there were a few that I loved best:

“Bad Valentine” features Gabe and Dylan and takes place after Gabe breaks Dylan’s heart on Valentine’s Day by showing up late. If you’ve read the book, you recall who was with him. I don’t want to give a spoiler to those who haven’t read this outstanding series. But in this vignette we learn that Gabe went to visit his best friend, Henry, who helps him see how much he loves Dylan and how hard he is now going to have to work on himself before he’s worthy enough to win Dylan back. Of everything I may have thought Gabe did that night, it wasn’t this, and yet this is the perfect scenario and fits so well with what ultimately happened by the end of their book, Rule Breaker.

My second favorite was equally difficult to pick, but I chose “Jude’s Christmas” due to the humor infused throughout nearly every page. This is the first Christmas after he and Asa became a couple and before the Deal Maker epilogue. In this story, Jude attempts to hide Billy’s Father Christmas stocking, and Billy, typical of a young child, stays awake, nearly always catching Jude in the act. Jude’s commentary is hilarious, as usual, but the funniest moment of the story—and of the whole book—occurs when Billy bursts in on Jude and Asa on Christmas morning when Jude is under the duvet having fun with Asa in their bed. Billy can’t understand why Jude would be under the duvet, and Asa quickly shouts out that he’s looking for the remote. There’s much more to the scene and the joke, but honestly, this was a laugh-out-loud moment—or shout-out-loud is more like it—and should come with a warning that spontaneous laughter may occur at any time.

Another one of the funniest stories was “Babysitting Billy” in which Gabe and Dylan babysit Billy for a while. And one of the sweetest was “Merry Ozzy Christmas” in which Oz and Silas spend Christmas helping a colt be born in a barn. All the shorts in this stack are well-written, character-driven, and have some level of humor because that’s what we get when we read Lily Morton.

I highly recommend this book to those who have read the series. Each story beautifully complements the original book and each is infused with the essence of the couple it features. And to those who haven’t read the original series, please consider reading them now. They are all outstanding.
Read more
Helpful
Comment Report abuse
See all reviews

Kindle Customer
5.0 out of 5 stars Brilliant shorts
Reviewed in the United Kingdom on October 3, 2020
Verified Purchase
I've read all of Lily Morton's books and adored each and every one of them, she manages to make the characters seem like real people that I'd love to meet and hope to become friends with. The humour that she infuses into the stories is fantastic, I've laughed out loud so many times while reading them. This book of shorts is a lovely addition , it's so nice to read more about Lily's fictional characters. I am very much looking forward to reading more of Lily Morton"s books.
Read more
Report abuse

V Poulter
5.0 out of 5 stars Loved this - fab collection of short stories featuring all my favourite couples
Reviewed in the United Kingdom on October 4, 2020
Verified Purchase
This is a fantastic collection of short stories featuring all the men from the Mixed Messages and Finding Home series. As well as those previously seen on the authors website there are 4 new ones. Jude & Asa’s wedding day and Gabe babysitting Billy are particularly epic! Reading extras from these couples feel like wrapping yourself in a warm fuzzy blanket, and I’m not off to commence a re-read of the books. Loved it!
Read more
Report abuse

Mrs. F. Mulligan
5.0 out of 5 stars ALL the shorts
Reviewed in the United Kingdom on October 5, 2020
Verified Purchase
This is a collection of short story's from Lily Morton that were avaliable from her Website and Facebook page.

Now all here to go on your kindle..... Plus four new stories not yet been seen.

Sigh I am sooo happy now that I have all these shorts in one place and on my kindle.....
Read more
Report abuse

littleegg
5.0 out of 5 stars lovely snippets
Reviewed in the United Kingdom on October 6, 2020
Verified Purchase
I really enjoyed an extra glimpes into the lives of these wonderful characters. I love it when characters in different books have scenes together.
Read more
Report abuse

Amazon Customer
5.0 out of 5 stars Lovely little extras
Reviewed in the United Kingdom on October 25, 2020
Verified Purchase
Loved this, didn’t want it to end . I am finding Lily Morton’s books very comforting at the moment: like old friends who make you feel good. So having some extras to maintain that feel good factor was welcome
Read more
Report abuse
See all reviews