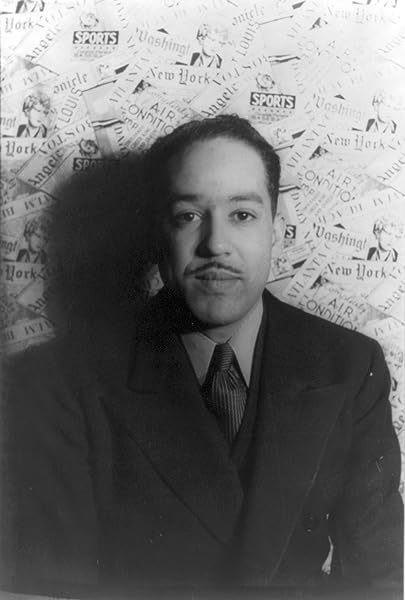 Short stories gathered from past collections and a few recovered pieces that Hughes himself had discarded make up this latest tribute to the accomplished writer, poet, and novelist of the Harlem revival. As in past collections, The Ways of White Folks (1934), Laughing to Keep From Crying (1952) and Something in Common and Other Stories (1963), Hughes portrays the urban dwellers--the cooks, panhandlers, night-club entertainers, fortunetellers--who live marginal existences in sparsely furnished rented rooms. Though he was a poet sensitive to language, he wrote with deliberate plainness, even roughness, and frequently quoted from spirituals and the blues.

This collection of 47 stories, many previously out-of-print, is a welcome and overdue addition that clearly shows the evolution of Hughes's literary sensibility and craft. Harper, a Spelman College professor, has assembled these stories in order of their publication and has included an appendix of early work, some of which are from Hughes's high-school literary magazine. Largely autobiographical, and set in locations around the world (but most frequently in this country), many of these stories revolve around the same themes: the ultimately demeaning patronage of whites; the challenges of realizing dreams in a world of limited opportunity; and the timeless tensions between the sexes. By turns poignant and indignant, these stories achieve power by revealing small moments that betray more universal truths. In "Slave on the Block," a dilettante white painter doesn't understand the defiance of her model, posing as a slave for sale, who leaves abruptly before the work is complete. "Professor" describes the hidden humiliation of a black educator whose imagination sustains him as he endures an evening with wealthy white patrons from whom he is seeking funds for his small college. Stories inspired by Hughes's year aboard a freighter that plied the coast of West Africa are included, as are tales from his most famous collection, The Ways of White Folk. Princeton professor Arnold Rampersand's cogent introduction places the work in context. This is a thoughtfully assembled collection, in which readers can see Hughes mature, moving from idealism and broad sentiment toward a canny, worldly wisdom.
Copyright 1996 Reed Business Information, Inc.

What a pleasure to read literature from another time and another era, written by one of the masters of the genre. In this collection of short stories, Hughes (1902-67) explores race relations with a sense of humor, depicting the habits of white folks as well as those of black folks at the risk of angering his readers. Dating from 1919 to 1963, these pieces vary in theme, covering life at sea, the trials and tribulations of a young pianist and her elderly white patron, a visiting writer's experience in Cuba, a young girl's winning an art scholarship but losing it when it's learned she is black, and an ambitious black preacher trying to gain fame by being nailed to a cross. If you crave good reading, don't pass up this gem, for editor Harper (English, Spelman Coll.) has succeeded in bringing to light several of the best of Hughes's works. Highly recommended.?Ann Burns, "Library Journal"
Copyright 1996 Reed Business Information, Inc.

Eight of the forty-seven stories in this welcome volume of Hughes's short fiction have never before been collected, and the rest are from long out-of-print books. The chronological arrangement (the pieces were written between 1919 and 1963) gives us a full appreciation of Hughes's evolution as a man of letters. Three high-school tales not previously collected demonstrate Hughes's youthful social conscience and his early, solid command of his craft. His early protagonists struggle against poverty, leading lives of quiet sorrow. A series of sea stories reflects his own experience as a sailor, all involving trips to the West Coast of Africa, where, variously, sailors fight over a beautiful native girl, a nave missionary girl commits suicide after a sailor compromises her virtue, and a romantic European is entranced by his African wife. A number of pieces from the '30s concern the black artist's ambivalent relation to his white patrons: In ``The Blues I'm Playing,'' a brilliant pianist defies her condescending sponsor to marry a young doctor; and the bohemians in ``Slave on the Rock'' degrade their black servants while romanticizing the black race. Throughout the Depression, Hughes documented the struggle of blacks simply to survive. In one story, a homeless man hallucinates about breaking into a church and finding Christ himself inside. Hughes's Communist sympathies also surface in a few pieces, as in a tale of racism and red-baiting at the WPA, or the superb record of a failed strike by black actors in ``Trouble with the Angels.'' But many of the stories simply chronicle the vibrancy of Harlem life, the passions of ordinary black people, and the indignities of everyday racism. ``On Friday Morning'' is the heartbreaking tale of an aspiring artist denied her art school scholarship because of her race. Stories that, at their best, provide a remarkable portrait of black America over several crucial decades: an important collection that can only enhance our admiration of a great American writer. -- Copyright ©1996, Kirkus Associates, LP. All rights reserved.

Hughes was a master of many literary forms even though best known for his poetry. Harper provides a vivid collection of his gifts in the short story mode in a new collection of almost fifty stories produced between 1919 and 1963. Many of these stories have long been out of print; others never collected. From his first literary efforts to later polished results, this is the most comprehensive reference available. -- Midwest Book Review

The result [of this collection] is to portray Hughes as a fiction writer of modest talent, when in fact, as his biographer Arnold Rampersad has said, his early stories, for all their unevenness, "set a new standard of excellence for black writers." -- The New York Times Book Review, David Herbert Donald

Start reading The Short Stories of Langston Hughes on your Kindle in under a minute.

4.9 out of 5 stars
4.9 out of 5
68 global ratings
How are ratings calculated?
To calculate the overall star rating and percentage breakdown by star, we don’t use a simple average. Instead, our system considers things like how recent a review is and if the reviewer bought the item on Amazon. It also analyzes reviews to verify trustworthiness.
Top reviews

James Miller
5.0 out of 5 stars Beautiful collection!
Reviewed in the United States on February 3, 2017
Verified Purchase
Langston Hughes is an incredible poet, and his short stories do not disappoint. The language is poetically eloquent, and the plotting is subtle, but powerful. Outstanding work!
Read more
One person found this helpful
Helpful
Comment Report abuse

DW
5.0 out of 5 stars Excellent look at race relations
Reviewed in the United States on May 26, 2017
Verified Purchase
I've been a fan of his poetry for ages but only recently started his prose fiction. The short stories in this volume are poignant, realistic and understated. The sparseness of the style only emphasises the weighty subject matter.
Read more
2 people found this helpful
Helpful
Comment Report abuse

tom Ledwith
5.0 out of 5 stars A surefire purchase!!!
Reviewed in the United States on August 18, 2018
Verified Purchase
A world class collection of this great writer
Read more
One person found this helpful
Helpful
Comment Report abuse

K. Campbell
4.0 out of 5 stars Langston Hughes Visit
Reviewed in the United States on December 23, 2016
Verified Purchase
It is sometimes nice to go back into the soul and heart of the past. What better way than to spend a few minutes with Langston Hughes.
Read more
One person found this helpful
Helpful
Comment Report abuse

Kindle Customer
5.0 out of 5 stars Beautiful!
Reviewed in the United States on March 13, 2020
Verified Purchase
Shuttled me back through time yet still has a modern possibility! Tragic. Triumphant! Masterful! Powerful! Each stands as a masterpiece!
Read more
Helpful
Comment Report abuse

Lulu
5.0 out of 5 stars Incredible stories
Reviewed in the United States on July 29, 2016
Verified Purchase
If ever there was a master of the short story Mr. Hughes is the one. This is a moving, beautiful collection of amazing writing.
Read more
One person found this helpful
Helpful
Comment Report abuse

Amazon Customer
5.0 out of 5 stars hughes
Reviewed in the United States on October 23, 2013
Verified Purchase
langston hughes is one of my favorite authors and this work certainly delivers both entertainment and cultural consciousness, much like all of his works
Read more
One person found this helpful
Helpful
Comment Report abuse
See all reviews