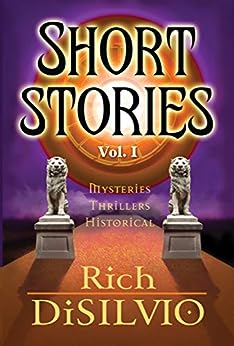 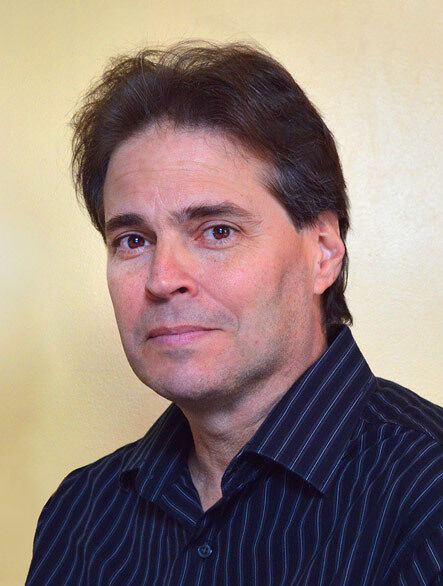 Rich DiSilvio is a multi-award-winning author of thrillers, mysteries, historical fiction, sci-fi/fantasy, non-fiction and children's books. He has written numerous articles for print magazines on the topics of history, art, music, politics, the military, architecture and more.

Rich's work in the entertainment industry includes developing creative assets for films and documentaries, such as James Cameron's The Lost Tomb of Jesus, Operation Valkyrie, The War Zone series, Return to Kirkuk, Killing Hitler, Tracey Ullman's State of the Union, Monty Python: Almost the Truth, and many others, while his art and new media has adorned the projects of Pink Floyd, Yes, Elton John, Cher, Sheryl Crow, Rolling Stones, Alice Cooper, Black Sabbath and more.

&quot;Short Stories by Rich DiSilvio&quot; a rich collection of stories, which won a Writers Digest award.

&quot;The Winds of Time&quot; An analytical study of the titans who shaped Western civilization.

&quot;Tales of Titans series&quot; Concise and engaging biographies and essays on historical figures.

And two Middle Grade/YA books, one being a Silver Award-winner, the other a Purple Dragonfly winner.

Carlos M.
5.0 out of 5 stars DiSilvio demonstrates great historical knowledge in his writing
Reviewed in the United States on July 9, 2018
Verified Purchase
This is the third book I’ve read by author Rich DiSilvio, and I’m surely become a fan of his writing. His books are mostly riveting and exhilarating and Mysteries, Thrillers, and Historical is not the exception. The way DiSilvio manages to intertwine these different stories and genres is superb. Once again, DiSilvio demonstrates great historical knowledge in his writing, while keeping a flair to the non-historical aspects of his work. It also is a breath of fresh air to read such an odd combination short stories. The way he crafts his plotlines and narratives is top notch. With characters full of realism and aided by historical facts, DiSilvio delivers credible and engaging short stories in a seminal manner. I think there aren’t many authors who are on par with DiSilvio when it comes to combining historic fact and fiction together and make then so convincing and realistic. This book is definitely a page-turner.
Read more
2 people found this helpful
Helpful
Report abuse

Madison H.
5.0 out of 5 stars Odd Combination, but Wonderful Writing
Reviewed in the United States on October 6, 2017
Verified Purchase
I found this selection of various short stories from Rich DiSilvio very enjoyable! His writing is excellent across the board, and he does an amazing job with details that really help the stories feel more realistic. I thought this was kind of an odd combination of genres, but that actually made me love the book even more. I really enjoy multiple genres, so this book was a gold mine for me. I loved that it included thought-provoking mystery to keep me on the edge of my seat as well as accurate historical fiction that actually taught me a few things that I didn’t know beforehand. It is a slightly bizarre, but excellent collection of stories. I really enjoyed taking a break from reading longer novels and just diving into story after story in this book. Although, I am really looking forward to checking out some of DiSilvio’s other books now. I definitely suggest this author and think the collection in this book is a great place to start.
Read more
2 people found this helpful
Helpful
Report abuse

Ericka
4.0 out of 5 stars Unique combination of history and mystery
Reviewed in the United States on October 1, 2017
Verified Purchase
Short Stories is definitely in a unique niche all of its own. I found this book enjoyable, if only because it is unexpected in its blending of mystery and drama intermingled with actual historical events. Although comprised of three short stories that are original on their own, this book is actually a quick read once you begin. I would recommend this book to anyone who has an open mind, especially if you enjoy mysteries and thrillers. The historical aspect may not be appreciated by some, but I found it to add another dimension to the book that most are lacking. Richard Disilvio truly has a unique talent when blending all the different aspects of a story together. If you have read any of his other works, you won’t be disappointed with this one. It will meet if not exceed your expectations. Even if this is the first book you have read from this author, you won’t be left behind.
Read more
One person found this helpful
Helpful
Report abuse

Billy O.
4.0 out of 5 stars Curious - it gives a nice twist to some historical puzzles.
Reviewed in the United States on October 1, 2017
Verified Purchase
I found this weird concoction of a crime story along with historical fiction and a few, almost downright history lessons pretty odd. That doesn’t mean that I didn’t enjoy it. While the rest of the book has a common theme related to famous historical events, places or people, the first short story is totally unrelated. It is a crime story, one that you would think often finds a place in the headlines. There is a murder, and there are suspects. And, sometimes, the killer is not someone unexpected - this seems like a real crime story, without the unnecessary fictitious tension.

After that, prepare for a 180-degree turn. Di Silvio gets into the world of history and tells the stories of an RAF pilot who ends up imprisoned in the Nazi Auschwitz camp finding love amongst the dread; about the impact of the financier’s decisions like JP Morgan and Westinghouse on genius inventions like Tesla’s Death Ray, the pull-and-push balance between Edison and Tesla, and how their discoveries shaped the world; Kennedy’s quirkiness and how that shaped his destiny in the time of Edgar Hoover and Martin Luther King, and many other useful historical facts that tell us about a history we should not forget.
How are the lives of ordinary, genius and rich people intertwined? In more ways than you can imagine. I, for example, had no idea that Nikola Tesla and Mark Twain were friends. Or that Edison and Sarah Bernhardt knew each other, for that matter. I wonder if DiSilvio intends on exploring the story about Tesla more - it is perpetual mystery surrounded in a mist that needs some clarification.
Read more
One person found this helpful
Helpful
Report abuse

Julius Z
5.0 out of 5 stars The best we can find in these compilations of short stories ...
Reviewed in the United States on July 5, 2018
Verified Purchase
The best we can find in these compilations of short stories is the unexpected, the things you wouldn’t find in a romance story or a fantasy world and this was a pleasant surprise to read.
We can appreciate the amount of effort invested here, the historical facts presented in the story are accurate and they add a sense of realism, there is a universe in this book and everything works there the same way it works here so it’s unbelievable how skillful this author can be, not only does this book possess all that mentioned before but also the story and characters are compelling as well, the way the story goes, trust me you are going to be at the edge of your seat the entire time.
To wrap this review, you are not going to find such exquisite stories with facts that not only will impress you but also will make you read the whole book in one session, the wait is over and you need to read this book.
Read more
One person found this helpful
Helpful
Report abuse

Charles Hanna
5.0 out of 5 stars The Entertaining Twighlight Zone of History
Reviewed in the United States on July 3, 2018
Verified Purchase
If you like history and the Twilight Zone, you’ll enjoy Rich DiSilvio’s alternate timeline myster masterpiece, Short Stories, a truly literary compilation of short narratives that range from the thoughtful to the macabre.

I’ve read a few of DiSilvio’s other works, and I must say he is truly an informative artisan of detailed historical fiction, crafting narratives around real life people that we typically view as “frozen” in time and bringing realistic, plausible backstories and inner psychological three dimensionality to their otherwise potentially mysterious personality.

You don’t need to specifically love history to enjoy this book...it’s just entertaining.
Read more
2 people found this helpful
Helpful
Report abuse
See all reviews
Back to top
Get to Know Us
Make Money with Us
Amazon Payment Products
Let Us Help You
EnglishChoose a language for shopping. United StatesChoose a country/region for shopping.
© 1996-2021, Amazon.com, Inc. or its affiliates