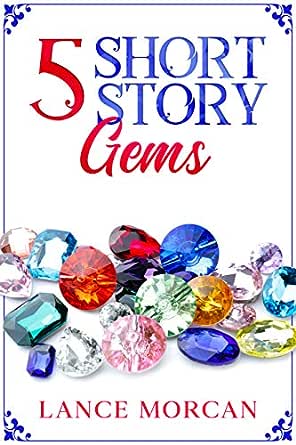 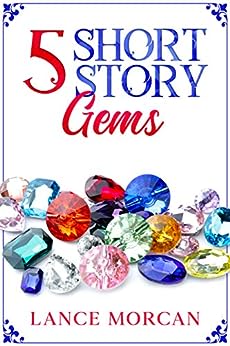 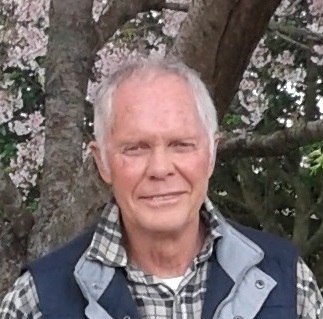 Sheri A. Wilkinson
5.0 out of 5 stars A fantastic collections of short stories
Reviewed in the United States on April 1, 2020
5 Short Story Gems: Once Were Brothers / Mr. 100% / A Gladiator's Love / The Last Tasmanian Tiger /Brooklyn Banker

Once Were Brothers :
Seven year old Thomas is abducted from the family farm. His father searches for him to no avail until his death. Twenty years later Thomas's twin brother (Benjamin) continues to search, believing his brother is still alive somewhere. He will not stop searching until he finds him, dead or alive.

An original story set in late 1880's New Zealand. The characters are well rounded and true to their time, with a history of the Settlers of that era. A heartfelt story of a family that refuses to give up hope. A memorable read, I highly recommend to all.

Mr 100% :
Harley Madison is a defense attorney with an impeccable record, he has cleared all of his clients, earning him the name Mr. 100%. He defends a rapist-murder and gets him a not guilty verdict and set free. Then the client confesses that he in fact did commit the crime. Harley does the unthinkable, he hires a hit man to get rid of this monster.

A fast paced original story. Watching Harley go from Hero to despair to vigilante as his life takes on a new turn was intense. He has a conscious and can not let go of what he learned. Lives are in danger and due to one client, Harley's life is in danger and will never be the same. I highly recommend Mr. 100% to all.

A Gladiator's:
Set in 83 AD young Roman Gladiator Leonidas has lost his entire family. But he does find love with Fatuma a beautiful fierce Ethiopian Gladiatrix (female gladiator). The young lovers are top fighters and undefeated. Their fate soon is at the hands of Leonidas as he is ordered to a quest that will determine their future. Will they finally be set free? If so at what cost.

A fantastic story rich with vivid details bringing me deep into the past, if only as a spectator. Both Leonidas and Fatuma are likable and put in dire situations. I was pulled in as the story of (the) young lovers unfolds. Packed with action, suspense, love and all the feels, I was hooked from the beginning until the end. A memorable read. I highly recommend to all.

The Last Tasmanian Tiger :
Charlie Truganini is a descendant of one of the last full blooded Aboriginal Tasmanian's. He is proud of his heritage and wants to follow the family in being a tracker of the Tasmanian Tiger. On a quest he believes he sees the tiger, which is known to be extinct. This had become one of his biggest challenges.

A fascinating short story that moves at a fast pace, with a compelling plot. His ambition is unending, and his accomplishment was rewarding. I was drawn to Charlie and this majestic animal (and) his unending devotion. Overall I enjoyed The Last Tasmanian Tiger and feel others will as well. I highly recommend to all.

Brooklyn Bankster:
It starts as an ordinary day in New York City, until a bank gets held up and Bill Hogan gets kidnapped. Bill is from a wealthy family and the random demand is high. But things turn a bit odd when no one seems to know who Bill is.

A fast paced original compelling story. Although short, it is not short on suspense, action and thrills. Lance Morcan grabs your attention and keeps you on the edge of your seat until the end. I highly recommend Brooklyn Bankster to all, truly a fun read!
Read more
One person found this helpful
Helpful
Comment Report abuse

Grady HarpTop Contributor: Children's Books
HALL OF FAMETOP 50 REVIEWER
5.0 out of 5 stars A Bundle of the Best!
Reviewed in the United States on April 2, 2020
New Zealand novelist and screenwriter Lance Morcan is a former journalist and newspaper editor with over twenty published books to his credit. Following the ongoing output of a talented author such as Lance is rewarding in that with each new publication, a different aspect of his talent is evident.

This new publication is a bundle of Lance’s short stories, and having read all of them, this reviewer finds it difficult to narrow the stories down into a preference lineup. After surveying all five of these short stories, MR. 100% still seems to be his most polished and creative novel to date – and that is significant given his prodigious tally of works! But in each of these superb tales, Lance displays a fine gift for creating characters – both central and peripheral. The casts seem familiar, not that anyone has cultured them in the fine style that Lance delivers, but in the fact that they are credible to the point of being visual. The stories are MR. 100%, THE LAST TASMANIAN TIGER, A GLADIATOR’S LOVE, ONCE WERE BROTHERS and BROOKLYN BANKSTER.

Lance Morcan proves he is a master weaver of stories. This collection of tales, so appropriately called ‘GEMS’ in the bundle’s title, is a solid survey of Lance Morcan’s gifts as a writer. Very highly recommended. Grady Harp, April 20
This book is free to borrow from Kindle Unlimited
Read more
One person found this helpful
Helpful
Comment Report abuse

Todd Simpson
5.0 out of 5 stars A Brilliant collection of short stories
Reviewed in the United States on April 2, 2020
A Brilliant collection of short stories. I couldn’t even pick which story I enjoyed the most as all five are exceptionally good reads. The other positive is that they are all so different from each other, and I was never quite sure where each story was going to end up. Lance Morcan always does a great job with the depth and background he puts into the characters. If you are looking for something to read that’s a little bit shorter than a full novel, then this collection of short stories is certainly worth looking at. 5/5 Star Rating.
Read more
Helpful
Comment Report abuse
See all reviews