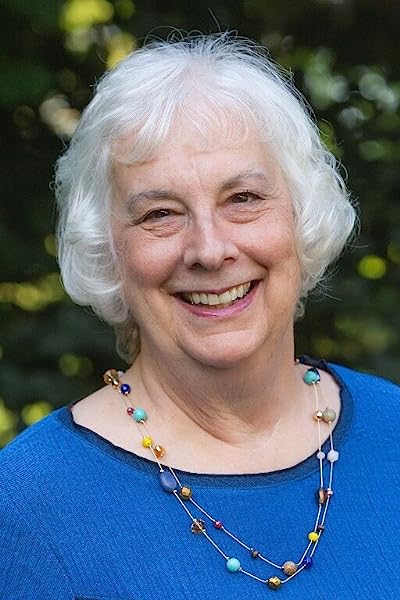 Shorting the Grid: The Hidden Fragility of Our Electric Grid Hardcover – October 19, 2020

by Meredith Angwin (Author)
4.5 out of 5 stars 5 ratings
See all formats and editions
Sorry, there was a problem loading this page. Try again.

In Shorting the Grid, Meredith Angwin provides an enormously valuable, clear, and succinct explanation of our most important network...If you care about the future of our increasingly electrified world, buy this book and read it.

- Robert Bryce, author of A Question of Power: Electricity and the Wealth of Nations

An eye-opening exposé of our grid's vulnerabilities...If you take for granted that the lights go on when you flip a switch, this book may blow your mind.

- Joshua S. Goldstein, author of A Bright Future, How Some Countries have Solved Climate Change and the Rest Can Follow

Shorting the Grid is full of sharp writing and engaging stories about the most hidden part of our grid - how grid-level decisions are made.

The National Academy of Engineering describes the U.S. power grid as the "supreme engineering achievement of the 20th century." ...Shorting the Grid reveals reasons why we must pay more attention to grid governance and the potential of poor decisions to override technical successes.

As a working chemist, Meredith Angwin headed projects that lowered pollution and increased reliability on the electric grid. Her work included pollution control for nitrogen oxides in gas-fired combustion turbines, and corrosion control in geothermal and nuclear systems. She was one of the first women to be a project manager at the Electric Power Research Institute. She led projects in renewable and nuclear energy. In the past ten years, she began to study and take part in grid oversight and governance. For four years, she served on the Coordinating Committee for the Consumer Liaison Group associated with ISO-NE, her local grid operator. She teaches courses and presents workshops on the electric grid. She and her husband George live in Vermont. They have two children and four grandchildren who live in the New York City area. Contact her at meredithangwin@gmail.com
Tell the Publisher!
I'd like to read this book on Kindle

Alan Medsker
5.0 out of 5 stars The best introduction to US electricity markets
Reviewed in the United States on February 14, 2021
This book is an approachable, yet detailed look at the way electricity is marketed in the US. If you have an interest in having the lights kept on, having reasonable electricity bills and/or having low emissions from power production, you should read this. Our society depends heavily on having electricity available all the time -- from hospitals, to factories, to residents and everywhere else (very little of our country is actually "off the grid"). Therefore, our electricity markets matter, because they determine how the grid gets structured, what we pay, how clean our electricity is and ultimately how reliable our electricity is.

And, of course, there are suggestions on what you can do as an individual, or as a group, to make a positive difference, and help improve our electricity markets, or at least keep them from getting worse.

I'd say that every policy maker that deals with energy of any sort should read this. The understanding that you'll come away with is sure to improve your ability to make good decisions and policy.

J Assheton
5.0 out of 5 stars How to bureaucratise an industry to death! God help the USA. Fascinating!
Reviewed in the United Kingdom on July 2, 2021
Verified Purchase
I don't think this is quite happening in the UK but it is a terrifying, incompetent, and negligent way to run a critical part of the infrastructure. If this is how the USA is proposing to go green. They are SUNK.
Read more
Report abuse