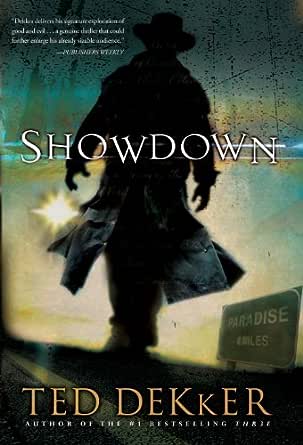 You've subscribed to Paradise! We will preorder your items within 24 hours of when they become available. When new books are released, we'll charge your default payment method for the lowest price available during the pre-order period.
Update your device or payment method, cancel individual pre-orders or your subscription at
Your Memberships & Subscriptions 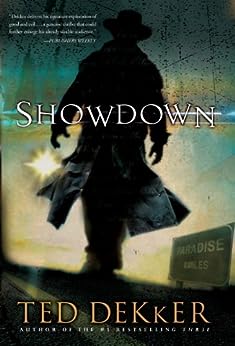 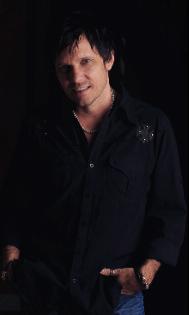 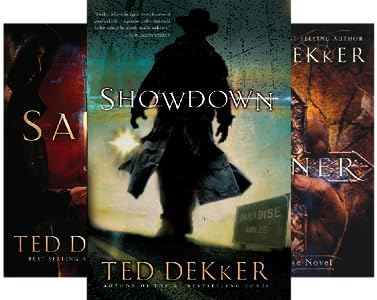 Evil emerges in the sleepy town of Paradise, Colorado, in this intense supernatural thriller series.

Dekker's readers will recognize many of his mainstays: mysterious forces causing havoc, characters who may or may not be what they seem and open, faith-based questions about the very nature of reality. In this page-turner, the residents of Paradise, Colo. (a one-saloon town in the mountains), encounter Marsuvees Black, a purported preacher who claims God sent him to bring "grace and hope" to their town. Meanwhile, at a nearby nondenominational Christian monastery, monks fret over a rebellion among the gifted children in their care. Dekker (Thr3e; Blink) impressively paces the novel, maximizing suspense and intrigue by solving the novel's myriad mysteries at the exact point readers will likely be guessing at them. For example, it will dawn on readers by the middle of the story that a certain type of connection must exist between the monastery and the town. Dekker rewards that discovery by explaining the connection, but still leaves enough questions open to keep readers sleuthing to the end. While there are gory scenes and small problems with the story (especially the implausible, unethical circumstances under which the students at the monastery have been procured and studied), Dekker delivers his signature exploration of good and evil in the context of a genuine thriller that could further enlarge his already sizable audience. (Feb. 10)
Copyright © Reed Business Information, a division of Reed Elsevier Inc. All rights reserved. --This text refers to an alternate kindle_edition edition.

"HOW MANY children?" Marsuvees Black asked, examining his fingernails.

Strange behavior for a man interviewing for such a lofty position.

"Thirty-seven," David said. "And they may be only thirteen or fourteen years old, but I wouldn't call them children. They are students, yes, but most of them already have the intelligence of a postgraduate. Believe me, you've never met anyone like them."

Black settled back in the tall leather chair and pressed his thumbs and fingers together to form a triangle. He sighed. The monk from the Nevada desert was a strange one, to be sure. But David Abraham, director of the monastery's project, had to admit that genius was often accompanied by eccentric behavior.

"Thirty-seven special children who could one day change humanity's understanding of the world," Black said. "I think I could pull myself from my desert solitude for such a noble task. Wouldn't you agree? God knows I've been in solitude for three years now."

"You'll have to take that up with God," David said. "With or without you, our project will one day change the world. I can guarantee you that."

"Then why do you need me? You're aware of my"--he hesitated--"that I'm not exactly your typical monk."

"Naturally. I would say you're hardly a monk at all. You've spent a few years atoning for rather gratuitous sins, and for that I think you possess a unique appreciation for our struggle with evil."

"What makes you think I've beaten my demons?"

"If any man has truly beaten his demons, I have. But the struggle isn't over. There are new battles every day. I don't know why you need a conflicted man like me."

David thought a moment. "I don't need you. But God might. I think he does."

Black raised an eyebrow. "No one knows, you say? No one at all?"

"Only the few who must."

"And the project is sponsored by Harvard University?"

David had spent months narrowing his search for the right teacher to fill the vacant post. Marsuvees Black brought certain risks, but the job was his if he chose to take the vow of secrecy and sequester himself in the Colorado mountains with them for the next four years.

The monk stared at his fingernail again. Scratched at it. A soft smile crossed his face.

Ted Dekker is known for novels which comibine adrenaline-laced stories packed with unexpected plot twists, unforgettable characters, and incredible confrontations between good and evil. He is the #1 best-selling author of Blink as well as Heaven's Wager, When Heaven Weeps, and Thunder of Heaven and the co-author of Blessed Child and A Man Called Blessed. Raised in the jungles of Indonesia, Ted now lives with his family in the mountains of Colorado. --This text refers to the preloaded_digital_audio_player edition.
Read more