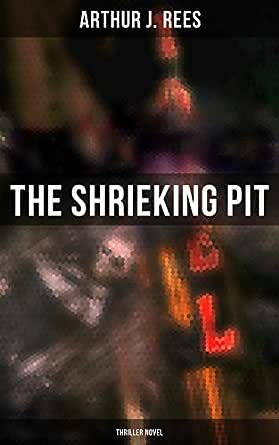 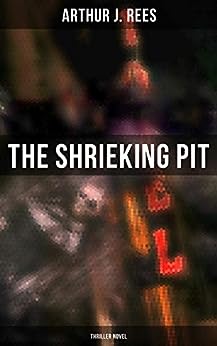 Arthur J. Rees (Arthur John) 1872-1942, was born in Australia worked as a newspaper man before moving to England in his twenties. He wrote numerous mystery novels starting with The Merry Marauders in 1913. Other works include The Hand in the Dark (1920) and The Moon Rock (1922). His last book, The Single Clue was published in 1940 shortly before his death. He collaborated with John R. Watson on two novels, The Hampstead Mystery (1916), and The Mystery of the Downs (1928). --This text refers to an alternate kindle_edition edition.

4.5 out of 5 stars
4.5 out of 5
10 customer ratings
How does Amazon calculate star ratings?
Amazon calculates a product’s star ratings based on a machine learned model instead of a raw data average. The model takes into account factors including the age of a rating, whether the ratings are from verified purchasers, and factors that establish reviewer trustworthiness.
Top Reviews

Kindle Customer
4.0 out of 5 stars An early 20th century mystery
Reviewed in the United States on August 8, 2018
Verified Purchase
A murder occurs in an isolated sea coast inn. A young man is convicted of the murder on circumstantial evidence, especially when he refuses to offer any defense. There are many different interpretations of the evidence which makes for lots of repetition. The shrieking pit occurs when the wind and mist blow across the landscape causing superstition among the people who live there. It's an interesting mystery with somewhat of a surprise ending.
Read more
One person found this helpful
Helpful
Comment Report abuse

Jim Perry
5.0 out of 5 stars Surprisingly well-written mystery
Reviewed in the United States on January 8, 2014
Verified Purchase
OK, I wasn't expecting too much here. I'd never heard of the author, but who could resist "The Shrieking Pit"? And the price was unbeatable. I expected a nice pulpy mystery, ideally with a Faceless Fiend (or two). But I was very quickly taken up by the quality of the writing, and the period details -- it's written and set in WWI-era England, and the effects of the war, from air raids and shell-shocked men back from the trenches to reduced pub hours and cheaply-printed banknotes, play their parts.

This is more of a conventional murder mystery than my pulpy expectations envisioned, but it's a perfectly adequate one that spins out quite satisfactorily, though again it's the writing and ambiance that grabbed me.

Patto
TOP 500 REVIEWER
5.0 out of 5 stars Atmospheric mystery first published in 1819
Reviewed in the United States on November 1, 2014
Verified Purchase
A renowned archeologist is robbed and murdered in a remote old inn on the coast of Norfolk. Mists crawling across the oozing flats give the inn a sinister aspect. The innkeeper's mad old mother is kept upstairs and grows restless in a storm. Terrible winds shriek over the slimy marshes from the sea. There are ancient pits out on the marches made by Neolithic cavemen. These are of great interest to Mr. Glenthorpe, the elderly archeologist who was murdered.

The environs are so hostile that a weird legend has arisen over the centuries. A ghostly White Lady haunts the marshes shrieking louder than the wind. Anyone who sees her will soon die.

There are several professionals focusing their powers on the murder. Superintendent Galloway builds a strong case against the strange young man who was staying at the inn. Mr. Colwyn, a famous detective who happens to be on holiday in the area, is skeptical of Galloway's purely circumstantial case. A famous nerve doctor has a medical explanation for the crime. And a venerable old family solicitor of the Victorian type also has firm opinions.

The pace is sometimes a bit slow at times, but the descriptions of the dreary locale and the striking characters are riveting. There's also a love story interwoven with the case that is very satisfying.

In addition to the ominous atmosphere of the inn and the marshes, there's the threatening atmosphere of wartime. German ships cruise the waters of the Norfolk coast, a Zeppelin raid figures in the plot, and one of the characters suffers from shell shock, the World War I version of Post Traumatic Stress Disorder.

Readers who like atmospheric vintage mysteries should find The Shrieking Pit a treat. This is the edition to get. It’s well edited and, as usual, Resurrected Press includes a short but informative introduction.

Ron Stephens
4.0 out of 5 stars Any of his stories are good
Reviewed in the United States on February 6, 2014
Verified Purchase
Not an edge-of-your-seat tale but solid for those who love mysteries. Plus it's old enough to not be full of sleeze.
I'd recommend any of Rees' books when one is in the mood for a who-dun-it.
Read more
4 people found this helpful
Helpful
Comment Report abuse

brian davis
4.0 out of 5 stars Vintage Mystery
Reviewed in the United States on April 8, 2014
Verified Purchase
This book was a gamble since I had no idea what to expect. It's an old fashioned whodunit. Certainly a book of its times and that made it even more fun to read. I immediately ordered more from this author.
Read more
One person found this helpful
Helpful
Comment Report abuse

Khirul
5.0 out of 5 stars A satisfying, twisty murder plot
Reviewed in the United States on April 8, 2014
Verified Purchase
Colwyn is one of the more interesting and credible early detectives. There are no loose ends left, and his clues and reconstruction are all open to the reader.
Read more
Helpful
Comment Report abuse

Bigdeacon
4.0 out of 5 stars A good tight mystery.
Reviewed in the United States on December 14, 2014
Verified Purchase
Mr Rees gets a bit verbose at times, but he has done a fine job of raveling and unraveling a very interesting plot. Who can resist a title like that?
Surely not I.
Read more
Helpful
Comment Report abuse
See all reviews from the United States

M. Dowden
4.0 out of 5 stars Colwyn Investigates
Reviewed in the United Kingdom on February 9, 2020
Verified Purchase
Arthur John Rees was originally from Australia, but he wrote a number of tales based in this country, where he did live for a number of years. Quite popular in Australia and the UK he did also manage to have some tales published in the US.

Here then we are taken back to 1916, in the middle of the First World War, and a certain well-known detective, Colwyn, is taking a holiday in Norfolk. One day one of the guests has a peculiar turn, which one of the other guests, a doctor, diagnoses as a violent form of epilepsy. When the guest mysteriously leaves the hotel, so the doctor looks like he could be right, as the man is soon wanted for murder at an inn at a nearby village. To the police it looks like a simple enough case, but Colwyn has his doubts.

The characterisation and scene setting are good here, and we follow the case to court, and then the further investigations of Colwyn, who unearths other facts, and gets to grips with those that have been niggling him. It is quite probable that you will get to the solution before the dénouement but that doesn’t matter so much, as this shows the effects upon people of shellshock, how people can be easily misled, and how Colwyn is not closeminded and willing to alter his theories as more facts come to light.

In all then this does make for an enjoyable read that a number of people should quite like, but it is not the best mystery you will ever read, or indeed the best that Rees ever wrote. With supernatural elements and superstition, along with the war, there is some good atmosphere added to the tale though.
Read more
One person found this helpful
Helpful
Sending feedback...
Thank you for your feedback.
Sorry, we failed to record your vote. Please try again
Report abuse

P A Cherry
5.0 out of 5 stars Five Stars
Reviewed in the United Kingdom on March 9, 2015
Verified Purchase
Nothing to add.
Read more
Helpful
Sending feedback...
Thank you for your feedback.
Sorry, we failed to record your vote. Please try again
Report abuse