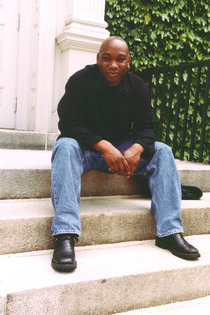 Shut Out: A Story of Race and Baseball in Boston Paperback – September 2, 2003

"Shut Out...is the first book detailing and analyzing the racial problems of the Red Sox...it is required reading for anyone who cares about the history of racial prejudice and the game of baseball." —Louis P. Masur, The Nation

Howard Bryant is a senior writer for ESPN the Magazine and the author of Juicing the Game: Drugs, Power and the Fight for the Soul of Major League Baseball, and The Last Hero: A Life of Henry Aaron. He is the editor of The Best American Sports Writing 2017. He appears regularly on ESPN’s The Sports Reporters, ESPN First Take, Outside the Lines, and serves as sports correspondent for NPR’s Weekend Edition Saturday.

Start reading Shut Out: A Story of Race and Baseball in Boston on your Kindle in under a minute.

Carla
5.0 out of 5 stars READ THIS BOOK
Reviewed in the United States on December 15, 2016
Verified Purchase
Exceptional book. A must-read for all baseball fans -- especially those who think racism (in Boston, especially) is a thing of the past.
Read more
2 people found this helpful
Helpful
Comment Report abuse

Thomas R. Garcia
5.0 out of 5 stars I highly recommend this book
Reviewed in the United States on July 7, 2014
Verified Purchase
I highly recommend this book, i'm about half way thru and so far it's a very good book. i like how they talk about the times in the 60's and 70's, when i was coming up. it brought back memories how things were back then. the price could not be bea t also.
Read more
2 people found this helpful
Helpful
Comment Report abuse

Michael Herlihy
5.0 out of 5 stars A must read
Reviewed in the United States on April 11, 2013
Verified Purchase
I grew up in Boston with the Red Sox and knew much of the racial history of the team, but this book filled in the gaps and honestly addressed the often disappointing and disconcerting attitudes toward minority players among the team's management and the fans. Jim Rice and others provide insightful observations on Boston and its racial realities.

The Mad One
5.0 out of 5 stars Red Sox Mismanagement.
Reviewed in the United States on September 27, 2015
Verified Purchase
Find out how the Red Sox could have been greater if the owner was not so racist.
Read more
One person found this helpful
Helpful
Comment Report abuse

William a Bourne
4.0 out of 5 stars Wow I thought it was the curse of the Babe?
Reviewed in the United States on January 19, 2003
Verified Purchase
What an eye opener! However, it did get tedious as he was redundant in his writing and added too much other items other than baseball. A recommend read to all my New England friends who have always claimed how open Boston is to all races. I always thought the "Curse of the Bambino" was too simple of an explanation for the Red Sox for not winning. How about one for the Cubs?!?
Read more
4 people found this helpful
Helpful
Comment Report abuse

Phil Kasiecki
5.0 out of 5 stars About more than just baseball and the Red Sox
Reviewed in the United States on August 3, 2009
This is one of the best books I have read. While it may be centered on baseball, and the title certainly implies as much, this is much more than just a book about baseball. There's a lot more to be gained from reading it than just baseball, and thinking of it as a baseball book doesn't give any real sense of what a reader gains from it.

I'm a lifelong Red Sox fan, with the first season I remember being 1986 at age 10. So I grew up with the late years of Jim Rice's career, then players like Ellis Burks and Mo Vaughn, all of whom get prominent mention. I knew there was a stigma surrounding the Red Sox regarding race even as a kid, but I didn't know great details or have any idea just how deep it ran until I read this book. Needless to say, it was unsettling to learn about.

Bryant breaks down how the Red Sox were the last team in Major League Baseball to integrate, then how life was for black players who were part of the organization. He talks about the difficulty Reggie Smith had playing despite immense talent, the friendship Pumpsie Green and Bill Russell had and Russell's frustration with Boston, the career of Jim Rice, Ellis Burks' experience before he went on to become a slugger elsewhere, and what Mo Vaughn meant to the franchise. Even though I grew up knowing about Rice, Burks and Vaughn, this book shed a lot of new light on their experience.

But through it all, Bryant also shows how the media and the city played a role in all of this. He talked about the emergence of the Boston Globe at a time when the city had more newspapers than it does today, and the role personalities like Will McDonough, Peter Gammons, Larry Whiteside and Mike Barnicle played in reflecting and shaping attitudes on race as they concerned the team and the city. He goes into detail on how the tryout for Jackie Robinson was arranged in 1945. He illustrates how the Red Sox often reflected the city, and oddly enough, how in 1975 the Red Sox came to be a bright light for a time during the era of busing. He goes through the Stuart case and even had an interesting note about Rice's days growing up in South Carolina and how his talents were exploited by local politicians. It was also quite interesting to learn about how Boston's neighborhoods have changed over time; for example, I wasn't aware that Mattapan was once almost all Jewish.

Bryant has written a winner. Having read a lot of his columns before, I knew what he was capable of, and that's why I bought the book. I wasn't disappointed, and as I got further along I couldn't put the book down and had to finish it. I was glad I did.

Bill EmblomTop Contributor: Baseball
4.0 out of 5 stars The Curse of Yawkey and His Cronies
Reviewed in the United States on July 19, 2003
My rating of four stars is based on my interest level while author Howard Bryant deserves five stars for his in-depth effort on the subject of the Boston Red Sox and the racial problems that have cast a cloud over the storied franchise. The author relates the story of the farcical tryout of Jackie Robinson at Fenway Park along with two other blacks in 1945 with the Red Sox using the excuse they couldn't sign Robinson since he would have had to report to a minor league team of theirs located in the south where he would have had to deal with a segregated society. The same held true for Willie Mays who could have been patrolling center field for the Sox. Red Sox owner Tom Yawkey purchased the team in 1933 and surrounded himself with a trio of cronies and drinking buddies named Eddie Collins, Joe Cronin, and buffoon racist Mike "Pinky" Higgins. It is certainly true that racism was not limited to the Red Sox during the 1950's, but they were last in integrating their team with the signing of Elijah "Pumpsie" Green in 1959, and as long as the specter of Collins, Cronin, and Higgins were involved nothing was going to change. Yawkey, as owner was certainly no leader, as he entrusted his franchise to these three men and passively accepted their beliefs. Author Bryant also goes into detail on the experiences of Reggie Smith, Jim Rice, Ellis Burks, Dennis "Oil Can" Boyd, Luis Tiant, and Mo Vaughn during their stays in Boston. Some of the book covers non-baseball racially related incidents over the years, and how the team has suffered in trying to get free agents to sign with the Red Sox. When Pumpsie Green joined the club in '59 Ted Williams sent a strong message to teammates and other bigots by warming up with Green prior to the games. Seemingly little things like this can loom large when someone is trying to gain acceptance. Green, himself, summed things up quite well in the year 2000 by saying, "Sometimes when I think of the things people like me had to go through, it just sounds so unnecessary. When you think about it, it is almost silly, how much time and energy was wasted hating." This is not simply another baseball book, but one that provides a look into the Boston Red Sox' role in race relations involving their storied ball club. You need not be a fan of the Bosox, I'm not, to enjoy the book.
Read more
10 people found this helpful
Helpful
Comment Report abuse
See all reviews

Page 1 of 1 Start overPage 1 of 1
This shopping feature will continue to load items when the Enter key is pressed. In order to navigate out of this carousel please use your heading shortcut key to navigate to the next or previous heading.
Back
Next
Pages with related products. See and discover other items: story reader me reader