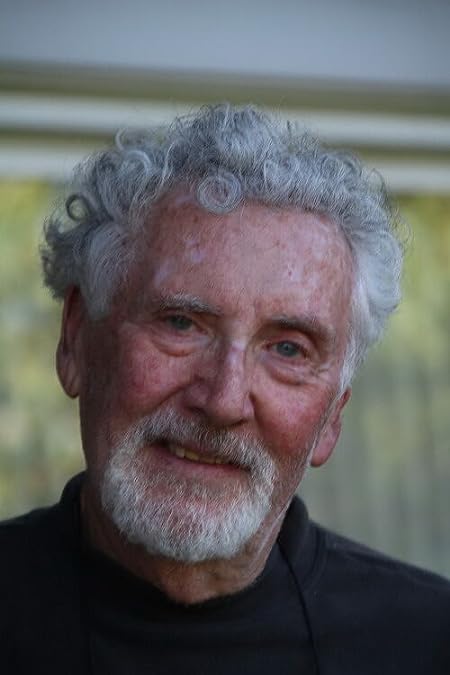 Now is the best time of my life.At 81 years of age I have never been happier. It's as if God decided to give me a break. "You've survived melonoma 3 times,a lifetime bout with manic depression,outlived two children and four failed marriages. I don't know what other kupvatics (headaches) to hurl at you. Maybe I'll give you a few years of peace." I guess I shouldn't give myself any kinahoras (pats on the back). Mom said it might come back to bite me. So come hell or high water I'm going to enjoy myself. No more bullshitting myself or anybody else for whatever time I have left. I'll always remember that life is besharet (preordained). We can twist and turn but God has it all figured out. 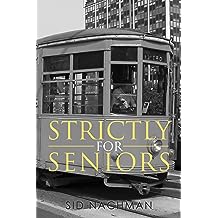 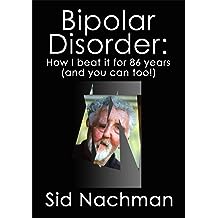 Bipolar Disorder: How I Beat It For 86 Years ( and you can too) Mar 7, 2021
by Sid Nachman
$5.00
Find out what bipolar is really all about without the usual theatrics and B.S. written about this disorder. My life has enough drama without distorting it further. Get past my vulgarity (curse words are abbreviated so as not to offend sensitive eyes) and an obsession with sex (a bi-product of bipolar), and you’ll learn how lithium, banned in America, in the 1950’s saved my life and over time destroyed one kidney.

See all my travails including four failed marriages, a visit to a nuthouse and a daughter whose death at 12 years of age tore a hole in my chest. Don’t think my story is all downhill. It has a happy ending. I guess God thought I had enough pain in my life. So He plunked down my fifth wife, Linda, who helped me live a fairly normal life for over 26 years.

This book was originally entitled ‘Bipolar Me’ and available on Amazon’s site. After a software change by Amazon, it was no longer visible. A new title conforming to their algorithm was needed to view the book for sale on Amazon.

Neil Ellinoff
5.0 out of 5 stars This man has led a remarkable life. This is exhilarating at times and a bit exhausting at others. Here is a man with ups and downs. That he has triumphed is an achievement. It is certainly worth reading.

Pam S
5.0 out of 5 stars A very easy book to get captivated by. His writing has a natural flow to it that enables the reader to feel they are right there with him, beginning in his childhood. A great combination of warmth, poignancy and intellect. Highly recommend this book.

SF Trader
5.0 out of 5 stars This book is amazing. Sid is a great story teller and has lived a very interesting life! I am very glad to see he is happy with his current wife and seems at peace with his life.

Peter T
4.0 out of 5 stars! A good, challenging read.This must have been one hell of a life growing up in the time and place where Mr. Nachman did it alone with his "difficulties"...AND surviving it all !!! What insight to these issues, what a ride I had...

RWeeks
5.0 out of 5 star s ",Sid's imagination and colorful depiction of his life is engulfing. The images he creates of his childhood bombarded with Yiddish expressions to his five marriages achieve the ultimate withdrawal from reality for the reader. This is the funniest, sadist read in a long time. Read it, it's as good as chicken soup.

Amazon Customer
5.0 out of 5 stars A brutally honest memoir of an astonishing life told in a page-turning fashion. Sid Nachman amazes, enlightens and entertains. Couldn't put it down

Genevany
4.0 out of 5 stars Sid is manic almost all the time and he writes that way. He details everything in his life to prove it. Love him! This is manic depression (bipolar disorder) at its highest form and he's going to prove it to you. Sid is what is known as a high functioning bipolar and is very successful in his genius, but not in life lived for happiness. Good read, fast, energetic and always manic.

Joanna D.
#1 HALL OF FAMETOP 100 REVIEWER
4.0 out of 5 stars . Kind of bipolar in style, this book jumps around--, it's a fascinating look into the mind of someone who got diagnosed with bipolar disorder. If you or someone you know is struggling with it, sometimes a real-life, first-hand story can make sense of the confusion. There is much humor here and it is very real;

Amazon Customer
5.0 out of 5 stars.... If my exes wrote chapters about me, I would hope that they would be much kinder than Sid is about his ex-wives. This dude has been married 5 times. He's no dummy. He also covered all of his bad choices The downside(s): your brain has to keep up with the story.
Read more
Other Formats: Paperback 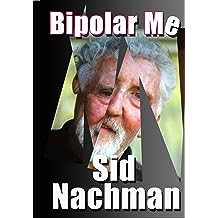 Bipolar Me Oct 29, 2016
by Sid Nachman
( 10 )
$3.49
Under no circumstances whatsoever should a blithering idiot or a minor under age 18 be permitted to read this book even if accompanied by an adult. Take a trip into my 83 year old bipolar mind and find out what bipolar is really all about without the usual theatrics and B.S. written about this disorder. My life has enough drama without distorting it further. Get past my vulgarity ( curse words have been abbreviated so as not to offend sensitive eyes )and an obsession with sex (a bi-product of bipolar), and you’ll learn how lithium, banned in America, in the 50’s saved my life and over time destroyed my kidneys. See all my travails including four failed marriages, a visit to a nuthouse and a daughter whose death at 11 years of age tore a hole in my chest. Don’t think my story is all downhill. It has a happy ending. I guess God thought I had enough pain in my life. So He plunked down my fifth wife, Linda who helped me beat back bipolar without drugs and live a fairly normal life for over 26 years. Get all the explicit details in living color by reading the rest of my book.
Read more
Other Formats: Paperback 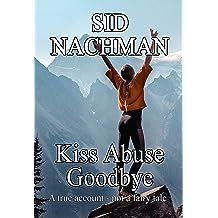 Kiss Abuse Goodbye: A True Account-not a fairytale Jul 4, 2020
by Sid Nachman
$3.49
This biography is a case study in courage of one woman's fight to change her world. This is the true account down to the dot on the ‘ i ‘ of how a little girl all by her lonesome climbs out of mind-boggling mental and physical abuse, faces prejudice and misunderstanding as an adult, knocks the chip off her shoulder and leads a normal and healthy life.
It’s not too often that we have a chance to meet someone who faces their own demons and sends them packing. I was one of the lucky ones who did.Leena was the first woman I ever met who went through unspeakable horror and didn’t cry the blues. With no outside help whatsoever she spit out all the black that enveloped her soul and did something positive with her life. I couldn’t resist. I just had to tell her story to the world. I hope you like it.
The following are 5 star reviews of the same book when it was originally titled, Leena An Abused, Bruised And Bloodied Woman (not allowed in Review section of ‘Kiss Abuse Goodbye’.
5.0 out of 5 stars "The next BEST SELLER"
Reviewed in the United States on January 26, 2020
Verified Purchase by R Weeks
You will not be able to stop reading this potential best seller. The story line is unusually captivating. The author's writing ability is genuine and new to book writing. The emotion one feels in reading this wholesome work is surreal A fine portrayal of an actual story. This book is so excellent, I would like to see it in another form, perhaps a short play. I hope the author reads this review and considers doing just that! Read the book, it's worth the time!!
5.0 out of 5 stars ...
Reviewed in the United States on January 10, 2020 by Peter T
I have followed Mr.Nachman's literary career pretty much from the start...A friend of mine turned me on to Nachman and he is no doubt quite the story teller...In his new book,i think he has "found his stride"...He delivered a tough storyline on a subject that's been under the radar for far too long, in my humble opinion, until somewhat recently...Kudos' to Mr.Nachman and to Leena, for having the guts and being brave enough to tell it !!!

5.0 out of 5 stars Better than ever!.
Reviewed in the United States on December 5, 2019 by Diana D
Sid’s third book is better than ever. His story about an abused woman who pulls herself out of horror and makes a more positive life for herself is amazing. Anyone who has gone through this same abuse can be helped by this book!