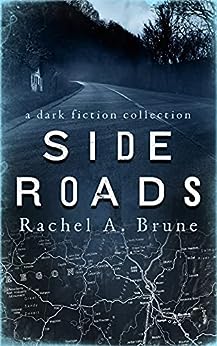 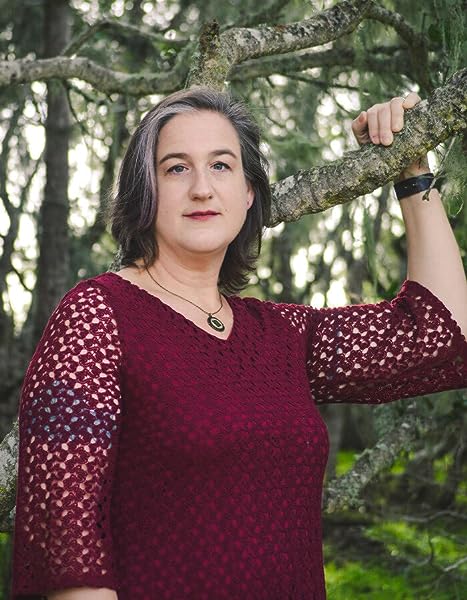 by Rachel A. Brune (Author) Format: Kindle Edition
See all formats and editions
Sorry, there was a problem loading this page. Try again.

The stories gathered here take the reader on a winding trip down a darkened road as the battery in your phone slowly dies. The threads of this collection weave a tale of wrong turns in the early morning hours, of faded photographs that don't quite fit one's memory, of dying monarchs and has-been superheroes.

In these pages, you will find the eerie, the grim, and the lost souls that wander the gloom. These stories were born of dark nights and cold drives and the certain knowledge that, as winter sets in and the nights grow longer, there's more out there in the darkness than the shadows let on...

Side Roads is a collection of short fiction from speculative fiction author Rachel A. Brune.

"Whether she's carving up tales of supernatural hit squads, steam-punk demon folk, or warped-reality TV shows, Iraq War veteran (and defender of the nightmare hordes) Rachel A. Brune writes with butterfly-knife dexterity: Always a flashy cut, a dreadful twist, a sideways chance at hope. And then, things usually get dark. If you love Ray Bradbury and Shirley Jackson short horror stories, be sure to read this book!" --Randy Brown, co-editor of Why We Write: Craft Essays on Writing War

"A perfect mix of horror concepts and storytelling techniques executed with exquisite precision." --Michael G. Williams, author of A Fall in Autumn

"Looking for dark fantasy and horror that's beautifully written and full of memorable characters? Check out Rachel Brune's single author collection, Side Roads, for stories that range across genres and time periods, from horror to post-apocalyptic and beyond. Creepy and absorbing, these stories will stick with you for awhile and make you hungry for more." --Catherine Lundoff, Publisher, Queen of Swords Press

As a military journalist, Rachel A. Brune wrote and photographed the Army and its soldiers for five years. When she moved on, she didn't quit writing stories with soldiers in them, just added werewolves, sorcerers, a couple evil mad scientists, and a Fae or two. Now a full-time author and writing coach living in North Carolina, Rachel enjoys poking around old military posts and listening for the ghosts of old soldiers--or writing them into her latest short story. She lives with her spouse, two daughters, one reticent cat, and two flatulent rescue dogs.

Rachel A. Brune graduated from the NYU Tisch School of the Arts in May 2000, and was immediately plunged into the low-stakes world of entry-level executive assistant-ship. Her unexpected journey out of that world and into the military is chronicled in her self-published book Echoes and Premonitions.

Rachel served five years as a combat journalist, including two tours in Iraq, and a brief stint as a columnist for her hometown newspaper. After her second tour, she attended graduate school at the University at Albany in NY, where she earned her MA in Political Communication, and her commission as a second lieutenant in the military police corps. She returned to the Army Reserve in November 2014.

Rachel continues to write and publish fiction, both short stories, novellas, and full-length novels. She is also the founder and editor of Crone Girls Press, an indie horror micro-press.

In addition to writing fiction, she blogs her adventures, writing and otherwise, at The Infamous Scribbler. You can also follow her on Twitter, where she goes by the handle @rachelabrune.

Robert Mcgough
5.0 out of 5 stars A Fantastically Varied Collection
Reviewed in the United States 🇺🇸 on November 8, 2021
Verified Purchase
This is my first excursion into reading Rachel Brune, and I am impressed! This collection of shorts is a great read, and I enjoyed it immensely. The stories are fairly varied in tone and content, ranging from reality show super heroes to more conventional horror to post-apocalyptic. It could be a jarring mix, but Brune's excellent writing makes it work.
Read more
Helpful
Report abuse

M. Williams
5.0 out of 5 stars Absolutely magnificent.
Reviewed in the United States 🇺🇸 on July 2, 2021
Verified Purchase
The challenge of a single-author anthology is for one writer to present enough variety in voice and story style to distinguish the stories from one another and keep the reader guessing on what the next story might hold. Brune absolutely nails it on all fronts: these stories are creepy, scary, distressing, disturbing and, most of all, intriguing. They’re also unique from one another and unlike anything else. This book abounds with creative concepts perfectly captured and turned into stories ready to be devoured. I LOVED this anthology! It’s full of surprises, amazing variety, and a ton of thrills.
Read more
Helpful
Report abuse

Jennifer Lynn
5.0 out of 5 stars Take that step off the highway
Reviewed in the United States 🇺🇸 on July 9, 2021
Verified Purchase
John Steinbeck and William Least Heat Moon wrote about the allure of back roads and side roads, and here we have a collection of stories that capture that allure - and its danger. Each story is different, but the narrative voices draw the reader in and bring the reader into the moment. Often that moment is chilling, but the stories compel and the writing is strong.

Wander down these side roads - I dare you.
Read more
Helpful
Report abuse

Jim Reader
5.0 out of 5 stars A lovely and dark collection!
Reviewed in the United States 🇺🇸 on July 8, 2021
Verified Purchase
Not only is Rachel Brune a great writer, she's also an amazing storyteller. This book of (mostly) dark fiction shows off her many gifts. There's not a bad story in the collection, but two in particular stay with me - “The Terrible, Vast Pyre of Chief Machinist Kirlisveyitch” and “Out Come the Wolves”. Highly Recommended.
Read more
Helpful
Report abuse

'chelle
4.0 out of 5 stars Delightfully Disturbing
Reviewed in the United States 🇺🇸 on January 2, 2022
A disturbingly delightful speculative fiction collection. I enjoyed every single story in it; however, the shining star was "And Out Come the Wolves". While most of the short stories might be considered horror, this post-apocalyptic tale is loaded with true-to-life characters, incredible pacing, and a reminder that the more things change, the more they stay the same.
Read more
Helpful
Report abuse

To speak about some of the standouts of the collection, I’ll start with the title story, “Side Roads.” It concerns a duo of monster hunters traveling the back the back-routes of America putting down nests of supernatural entities. I was immediately taken in by the love-hate partner dynamic and delighted when it took off in a wild and unexpected direction.

The unsettling tale, “Readers,” had some serious Farenhieght 451 vibes, and takes us to an unsettling near future where physical books are viewed as archaic detritus, not good for anything but disposal. Curtain to give anyone with a book collection the chills.

In “Terminal Leave,” Brune grounds the story in the here and now with not a trace of the supernatural, but the horror is thick and savage as it deals with grief, PTSD, spousal abuse, and racism. But what elevates it is how the two women characters form a fragile friendship bridging their differences in spite of or perhaps because of their own inner pain.

The final story in the collection takes on a more poignant tone but packs plenty of terror. “And Out Come the Wolves” is a novella-length story (or almost so) and depicts a post-apocalypse civilization collapsing under the weight of its own dogma, leaving a troop of soldiers in need of a more unusual means of survival in the hostile wilderness.

This is only a small selection, but be assured, every story possesses a strong, clear writing style and is as full as compassion as they are dread. Highly recommended.
Read more
Helpful
Report abuse

Friend Zone
5.0 out of 5 stars Dark chocolate for the soul
Reviewed in the United States 🇺🇸 on July 7, 2021
Side Roads is a short story collection that will appeal to fans of cosmic horror, speculative fiction, and thought-provoking fiction. I really enjoyed how these stories (and poetry) were crafted and woven together in a very conscientious way by the author. I really enjoyed this book and will look for more from this author.
Read more
Helpful
Report abuse
See all reviews
Report an issue
Does this item contain inappropriate content?
Report
Do you believe that this item violates a copyright?
Report
Does this item contain quality or formatting issues?
Report