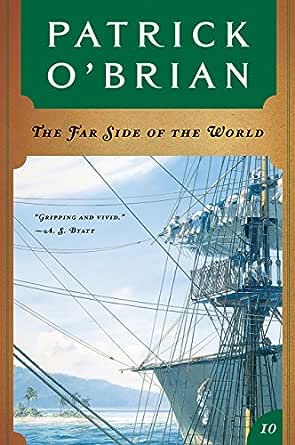 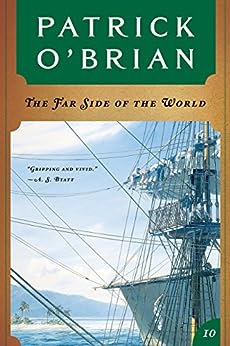 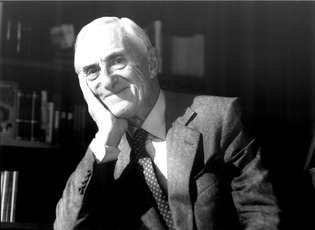 The Far Side of the World (Vol. Book 10) (Aubrey/Maturin Novels) Kindle Edition

Captain Jack Aubrey sets sail for Cape Horn, determined to intercept an American frigate before it can wreak havoc on the British whaling trade. As always, he is accompanied by intelligence operative Stephen Maturin, and as always, Aubrey has no idea of what his companion is up to. Another impeccably written adventure, by the end of which you should be able to identify a mizzen topsail in your sleep.

“I haven’t read novels [in the past ten years] except for all of the Patrick O’Brian series. It was, unfortunately, like tripping on heroin. I started on those books and couldn’t stop.”
- E. O. Wilson, Boston Globe

“These eccentric, improbably novels seem to have been written by Patrick O'Brian to please himself in the first instance, and thereafter to please those readers who may share his delight in precision of language, odd lands and colors, a humane respect for such old-fashioned sentiments as friendship and honor. Like Aubrey and Maturin playing Mozart duets beneath a Pacific moon, he works elegant variations on the tradition of the seafaring adventure story.”
- Thomas Flanagan, New York Times Book Review

“The best historical novels ever written… On every page Mr. O’Brian reminds us with subtle artistry of the most important of all historical lessons: that times change but people don’t, that the griefs and follies and victories of the men and women who were here before us are in fact the maps of our own lives.”
- Richard Snow, New York Times Book Review

“It has been something of a shock to find myself―an inveterate reader of girl books―obsessed with Patrick O’Brian’s Napoleonic-era historical novels… What keeps me hooked are the evolving relationships between Jack and Stephen and the women they love.”
- Tamar Lewin, New York Times

“I devoured Patrick O’Brian’s 20-volume masterpiece as if it had been so many tots of Jamaica grog.”
- Christopher Hitchens, Slate

“I fell in love with his writing straightaway, at first with Master and Commander. It wasn’t primarily the Nelson and Napoleonic period, more the human relationships. …And of course having characters isolated in the middle of the goddamn sea gives more scope. …It’s about friendship, camaraderie. Jack Aubrey and Stephen Maturin always remind me a bit of Mick and me.”
- Keith Richards

“[O’Brian’s] Aubrey-Maturin series, 20 novels of the Royal Navy in the Napoleonic Wars, is a masterpiece. It will outlive most of today’s putative literary gems as Sherlock Holmes has outlived Bulwer-Lytton, as Mark Twain has outlived Charles Reade.”
- David Mamet, New York Times

“The Aubrey-Maturin series… far beyond any episodic chronicle, ebbs and flows with the timeless tide of character and the human heart.”
- Ken Ringle, Washington Post

“O’Brian’s Aubrey-Maturin volumes actually constitute a single 6,443-page novel, one that should have been on those lists of the greatest novels of the 20th century.”
- George Will

Stephen P. Lopez
5.0 out of 5 stars An immersive classic novel regarding the early 18th century British Navy.
January 25, 2019
Format: Kindle EditionVerified Purchase
What can I say about all of Patrick O'Brian's 'Aubrey–Maturin' series of novels that hasn't already been said? You are deeply immersed in the historically accurate, early 18th century British Navy, with a cast of characters that are so very human, and at times, also heroes in their own right. I wish I could do justice to this canon of 20 wonderful novels. For the record, there is a 21st unfinished novel, that Patrick O'Brian was working on when he passed away. It has also been published. I own the complete series in hardcover, and also with Amazon's 'Kindle'. That's how much I love this series of classic novels. PS: All the novels are in chronological order, so you're just going have to get them all!
Read more

James Johnson
5.0 out of 5 stars More on the series than just about this particular book.
January 7, 2014
Format: Kindle EditionVerified Purchase
If you have seen the movie, the movie combined story lines from several of this series, including this one. I highly recommend you go to the first book in the series, Master and Commander.As you read through all 20 books of the series, you will recognize scenes and characters from them cobbled together into the movie.

Over the course of six months, I read the entire Aubrey/Maturin series by Patrick O'Brien. It never got old. O'Brian cleverly tells you details of 18th-19th century British naval life by having the experienced characters, who would never need to explain this to each other, explain this to the complete nautical novice of Dr. Maturin. There is rich contrast between characters who have known each other for some time, some as intimate friends, or between members of family, and the interesting, and occasionally untrustworthy strangers they come upon, all against the grand portrait of major historical events.

Having not only an interest in history, but in science as well, it's enjoyable to see Dr. Maturin's frustration with old salt's superstitions and snake oil medicine even while his own understanding of science, medicine, and natural history would be seen as archaic and primitive by our perspective.

The contrast between the sizable life-loving, highly social if occasionally clueless Jack Aubrey with his quiet, private, highly observant and often sang-froid friend is one of the best parts of this series. We get to see the best and worst of each of them, bolster and weighed down by the different best and worst of the other.
Read more
4 people found this helpful
Helpful
Comment Report abuse

M. L. Asselin
VINE VOICE
5.0 out of 5 stars A Rollicking Adventure of Divers Entertainments
December 16, 2013
Format: HardcoverVerified Purchase
"The Far Side of the World" is the tenth of twenty novels in Patrick O'Brian's Aubrey-Maturin series set about the early nineteenth-century Royal Navy. It is a rollicking adventure of divers entertainments without--and in this way it is unique among the novels up to this point--ever featuring a significant sea battle. Those unfamiliar with the novel but have seen Peter Weir's 2003 film, "Master and Commander: The Far Side of the World" should beware that one can descry in the movie version only the faint palimpsest of the novel.

Picking up from the last adventure, "Treason's Harbor," Jack Aubrey, after some uncertainty, remains assigned to the frigate HMS Surprise, of which he first took command in the third novel, and after a series of other commands returned to in the eighth installation, "The Ionian Mission." "Treason's Harbor" ended with something of a cliffhanger, but those threads--including Aubrey's concern that unjust if not irrational rumors that he was carrying on with a married Italian woman aboard Surprise would end with the husband's challenging him--are rather quickly resolved or otherwise disposed of before the present story gets underway.

In "The Far Side of the World," it's still the War of 1812 and the American frigate USS Norfolk has been disrupting British whaling. Captain Aubrey is tasked with engaging Norfolk and so protect the whalers. Joining him on this mission is of course his good friend and ship's surgeon, Stephen Maturin. Aubrey also takes on a new master, Mr. Allen, who has a not inconsiderable knowledge of the whaling trade; a clergyman, Mr. Martin, a naturalist and so kindred soul to Maturin; and Mr. Hollum, a midshipman whose career has terminally stalled and for whom Aubrey feels, against better judgment, sorry.

Aubrey chases Norfolk along the east coast of South America, around the perilous waters off Cape Horn, to the Galapagos, and on to the South Pacific. Aubrey, Maturin, and crew face down a number of challenges, including the infamous Doldrums, a prow-destroying lightning strike, a shipboard affair, mysterious disappearances, encounters with colorful whalers, and a nearly catastrophic if yet humorous rescue by South Sea islanders. The final pages build up to what feels like another cliffhanger, but most readers will find the conclusion very satisfying.

If the series felt like it was flagging a few installments back, this novel shows that the series has abundant energy left. There are plenty of tropes repeated from earlier novels that will delight fans of the series, and yet there is also considerable freshness to these new adventures that will tickle the fan and new reader alike.
Read more
2 people found this helpful
Helpful
Comment Report abuse

Amazon Customer
5.0 out of 5 stars Best of the series so far...
October 29, 2019
Format: Kindle EditionVerified Purchase
I have read books 1-10 of the Patrick O'Brian series and this is one of, if not THE best so far! It covers so much of globe with different elements, characters, and situations. There are several stories or even whole books within this one novel. The book does a great job of focusing equally on Jack, Stephen, and the ship/crew/mission. The intertwined relationship is very well laid out in book 10. My ONLY criticism is Jack and Stephens time in the water and on the Female boat. This was a little too far fetched and just weird. It was also just dropped and not explained or discussed again at all. Just seemed out of place. I also would have liked to see the full conclusion of the Whaler and Surprise as they both reach the island and how they all got off. But I guess that will be explained in book 11. Overall one of the BEST in the series and wish it didn't end!
Read more
Helpful
Comment Report abuse
There are 160 customer reviews and 168 customer ratings.
See all 160 customer reviews
Write a customer review