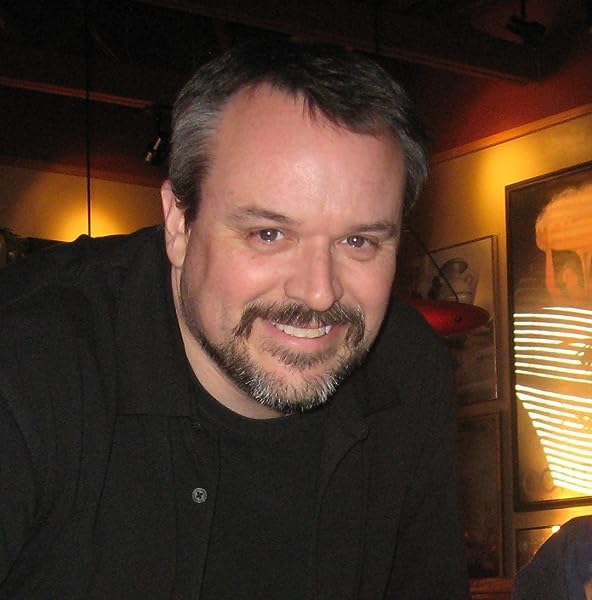 Christopher J. Valin is a writer, artist, teacher and historian living in the Los Angeles area with his wife and two children. He has written stories of all kinds since childhood, including novels, short stories, comic books, and screenplays. In 2009, his biography of his 5x great-grandfather, Fortune’s Favorite: Sir Charles Douglas and the Breaking of the Line, was published by Fireship Press. In addition to writing and inking for independent comic book companies and writing screenplays for production companies, Christopher has had numerous short stories published in anthologies such as Clockwork & Capes: Superheroes in the Age of Steam and Doomed: Tales of the Last Days.
Tell the Publisher!
I'd like to read this book on Kindle

4.7 out of 5 stars
4.7 out of 5
35 customer ratings
How does Amazon calculate star ratings?
Amazon calculates a product’s star ratings based on a machine learned model instead of a raw data average. The model takes into account factors including the age of a rating, whether the ratings are from verified purchasers, and factors that establish reviewer trustworthiness.
Top reviews

Kevin G. Summers
5.0 out of 5 stars DC and Marvel are cowards
Reviewed in the United States on May 13, 2016
Verified Purchase
Ayuh, you read that right. The giant corporations that run DC and Marvel own some amazing superheroes but they're afraid to take chances with them because it will upset their cash cows like Batman and Spiderman. And if they ever do take a risk, they retcon it 5 years later. Thankfully, Christopher Valin isnt afraid to take a chance. The characters in Sidekick are similar to the characters in the Batman universe, but they all have a twist that makes them unique. But none of that is what makes this story special. Valin puts us in the head of Red Raptor, a Robin-like sidekick that readers will immediately relate to. And he plays with superhero tropes and turns them on their ear. I really liked this story and can't wait for Book 2. Well done!
Read more
5 people found this helpful
Helpful
Comment Report abuse

Rob Mc
4.0 out of 5 stars If You Like Comics, You're Going to Love This
Reviewed in the United States on May 31, 2016
Verified Purchase
I saw this book over at The Leighgendarium blog and decided to give it a try. I knew nothing of Christopher J. Valin before that, but have since learned he is a fellow comics enthusiast, which certainly shows in the book.

The Red Raptor Files follows the adventures of “The Red Kite” who is the sidekick to “The Black Harrier” — both of which are taken from Robin and Batman, pretty much in every detail. There are other heroes and villains as well, all with a Gothamite doppleganger. Because of these similarities, one could almost say this is a Batman fanfic piece – and it may be. But, it’s also a VERY good one.

The book is a page turner — I finished it all in one sitting, unable to put it down. The style was light and engaging, and the plot moved at a rapid pace. Almost movie-like. If you’re familiar with comics, you’re going to love this book.

Whenever I read books like this (and I don’t read many), I always think of the novelizations of popular DC storylines that I see in the B&N stacks. I was never that impressed by those books, despite the usual star power writers attached to them. They just seem clunky, or overdone somehow. That the magic of the comic storylines just weren’t able to transfer to the prose.

Not so with this book. It is a comic story written in prose — and a darn fine one at that.

I definitely recommend it and I’m looking forward to the next one.

tribblemaker
5.0 out of 5 stars A New Take on a Classic Genre
Reviewed in the United States on February 8, 2016
Verified Purchase
Let me start off by saying that since this is a young adult novel, I am by no means in the key demographic. It's been many, many moons since I was a young adult. Which is why it was such a pleasant surprise to find that, as I read Sidekick; The Red Raptor Files, I discovered that it didn't matter whether or not I was a young adult -- the book is gold at any age.

Now that's not to say the book is for everyone -- if you're really not a fan of the superhero/comic book genre, it might not be your cup of tea. But you know, now that I think about it, Red Raptor might be your thing regardless. If you like characters with complexity and depth, ones that have real (albeit mostly hero-related) problems that they face and overcome, then by all means crack the spine and dive right in.

I will say that, generally speaking, I'm not a fan of first person present tense storytelling. In fact, only two books come to mind where the perspective was handled so well that I hardly even noticed -- "Bright Lights, Big City" and this one. That, for me, puts this book in very exclusive company.

I have it on good authority that Part 2 is well under way, so if I were you, I'd get in on this series now. Not only because it's a great read, but also you'll be able to make fun of all the bandwagon jumpers once the series really takes off.
Read more
4 people found this helpful
Helpful
Comment Report abuse

Jeremy Rodden, Author
4.0 out of 5 stars Felt a lot like Batman & Robin Fanfic... but unique enough to stand on its own and very well written!
Reviewed in the United States on February 28, 2018
Verified Purchase
Why I Think Boys May Enjoy This

I must say off the bat, the only reason I took off a star for this from a 5-star rating is that it felt way too overtly a Batman & Robin fanfiction, albeit from Robin’s perspective. From the Black Harrier’s character (both the superhero and the alter ego billionaire playboy), the fact that Sawyer is the third Red Kite (or, Raptor) putting him in the Tim Drake position of Robins (the first being Dick Grayson, who comes back as Nightwing… or Redhawk in this story). Even the two biggest bads, Pierrot (killer clown – Joker) and Deadeye (sharpshooter assassin – Deadshot) feel they are fanfic variants of DC villains. The plot itself felt eerily reminiscent of The Killing Joke, Alan Moore’s famous Joker-tries-to-destroy-the-Batman-psychologically graphic novel.

Now, all that being said, the story is no less enjoyable or well written even if it is very obviously (and perhaps intentionally by the author) borrowing a lot of facets from the Batman mythos. To be fair, it’s kind of hard to write any type of “comic book” story without seeing pieces from formerly published material. So unless you’re going obvious parody (think of the Big Daddy character in Kick-Ass), there will be familiar elements.

A story being told in first person present tense is USUALLY something that bothers me. In this type of fast-paced comic book story with a lot of fight scenes and action, it really helped keep the pace moving and I blew through the story fairly quickly. Valin moves us through the plot rapidly and doesn’t waste a whole lot of time with setting scenes and such (again, this is a positive thing in this story, we wanna get to the next fight/twist/plot point).

All in all, it was a super fast read and I definitely hope that after this first book Valin tries to spin away from the obvious Batman influence and into some of his own unique spin on things. Sawyer is a great POV character and the “big twist” at the end was kind of unexpected (I don’t know if I missed some foreshadowing or if he truly intended it to be a no-warning twist) but it didn’t feel out of place. It closed out this first book on a nice note and does make me interested in seeing where the heroes go from here.

Your typical comic book fare, for the most part. Sawyer is a teen boy so there is the “paying attention to girls” aspect but nothing really overtly sexual other than some minor innuendo. The violence is predominantly comic booky in nature with a few “on screen” deaths with description, but not majorly gory. There are no major language concerns outside of what one would here from a typical comic book movie or TV show. Overall, very appropriate suited for the pre-teen/teen crowd along with most of your mainstream comic books/shows/films.