Sidelights on Relativity [with Biographical Introduction] and millions of other books are available for Amazon Kindle. Learn more
Share <Embed>
Have one to sell? Sell on Amazon 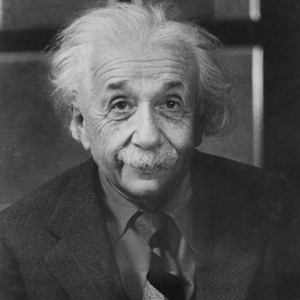 In addition to conducting the research that culminated in his acclaimed theories of relativity, Albert Einstein (1879-1955) taught and lectured at universities around the world. Einstein received numerous awards and honorary doctorate degrees in science, medicine, and philosophy, and he remains a towering symbol of intellectual and imaginative achievement.

It's All Relative
Around 1950, Hayward Cirker, Founder and President of Dover Publications, wrote to Einstein and asked his approval to proceed with a Dover paperback reprint of the 1923 collection of original papers on relativity by Einstein himself and others (H. A. Lorentz, H. Weyl, and H. Minkowski), which had originally been published in England. Einstein was reluctant, wondering how much interest there could possibly be in this relic of his work from 30 or more years earlier. Cirker persisted, and Einstein finally agreed — the Dover edition of The Theory of Relativity has been in print ever since and has been followed by many other Dover books on relativity.

In the Author's Own Words:

"How can it be that mathematics, being after all a product of human thought independent of experience, is so admirably adapted to the objects of reality?"

"Do not be troubled by your difficulties with Mathematics, I can assure you mine are much greater." — Albert Einstein

Critical Acclaim for The Theory of Relativity:

"This book constitutes an indispensable part of a library on relativity." — Nature

Read more
Start reading Sidelights on Relativity [with Biographical Introduction] on your Kindle in under a minute.

R. Clow
5.0 out of 5 stars The ether and relativity theory
November 8, 2010
Format: PaperbackVerified Purchase
This little book, Sidelights on Relativity, presents two lectures given by Einstein. The first, concerns the relation between the ether concept and general relativity. Einstein concludes that the concept of empty space in general relativity is an existing entity, which may have properties (in analogy to the ether), but these properties are not mechanical or material in any sense, neither solid nor fluid.

The second lecture, Geometry and Experience, gives a perfect example of the kind of property that empty space (modern version of the ether) may have. This property is that of 'curvature' which is the central concept of general relativity theory. He relates this concept to the geometrical measurements which are actually made in practice, in the sense of geometry as a physical science. He also gives some hints which may help the reader to visualize higher dimensional spaces. In addition, this lecture includes Einstein's famous remark "As far as the laws of mathematics refer to reality, they are not certain; and as far as they are certain, they do not refer to reality".

For Newton, the space between particles was absolutely empty, consisting of exactly nothing. In the 19th century some physicists considered the possibility that space could be filled with a medium (ether) with material properties (solid or liquid) which could support vibrations (oscillations of motion). Einstein rejected both of these views and introduced the idea of a space which could have non-material properties but not material properties. This key concept has had an influence in both relativity theories and quantum theories, but its full implication has not yet been assimilated by our scientific culture. Thus this book may be of more significance than the title suggests.

This book is reminiscent of the book Essays in Science (Philosophical Library, 1930's) which is a collection of writings by Einstein on various scientific subjects. That book is abstracted from a still earlier work Mein Weltbild which gives Einstein's views on many topics including social issues.

Michael Wischmeyer
5.0 out of 5 stars Two Fascinating Lectures - Will Appeal to Physics Students
July 31, 2004
Format: Paperback
This 56-page Dover edition offers two lectures by Albert Einstein, "Ether and the Theory of Relativity" and "Geometry and Experience". The lectures are described as "devoid of complicated equations and abstruse terminology". Nonetheless, while the reader does benefit from Einstein's clarity of thought, these lectures do require careful attention. The first lecture presumes familiarity with physics; the second is largely a discussion of non-Euclidian geometry and is easier reading.

Ether and the Theory of Relativity, an address delivered on May 5, 1920 at University of Leyden:

Einstein recounts how the concept of ether originated and subsequently evolved. After some discussion of work by Hertz, Maxwell, Lorentz, and Mach, he notes that it became possible to take a position that ether does not exist. However, using an analogy of water waves, he explains that although the special theory of relativity does forbid us to assume ether consists of particles observable through time, the hypothesis of ether in itself is not in conflict with the special theory of relativity. Only we must give up ascribing a motion to it.

While it may seem superfluous to postulate a homogeneous, isotropic, ether-medium, Einstein contends that to deny the ether is ultimately to assume that empty space has no physical qualities at all. He then argues that according to his General Theory of Relativity "empty space" in its physical relation is neither homogeneous nor isotropic, compelling us to describe its state by ten functions (the gravitational potentials). There can be no space or part of space without gravitational potentials.

After noting that elementary particles may be considered condensations of electromagnetic fields, he concludes that our current view of the universe presents two realties which are completely separated from each other conceptually, although connected casually, namely gravitational ether and electromagnetic field, or as they might be called, space and matter.

Geometry and Experience - an expanded form of an address to the Prussian Academy of Sciences in Berlin on January 27, 1921:

Einstein begins by posing and answering why mathematics, a product of human thought, is so admirably appropriate to describing reality. In exploring limitations associated with applying Euclidian geometry to relations between rigid bodies, Einstein introduces other axiomatic systems, including Riemann's geometry. He argues that there are difficulties in applying geometry on the sub-molecular level, but it is less problematical to extend the ideas of geometry to cosmic orders of magnitude.

After some clarification of the meaning of a finite universe and an infinite universe, he devotes several pages to illustrating how to visualize a finite, three dimensional universe that is unbounded. Einstein concludes this lecture with an enthusiastic comment: "My only aim today has to show that the human faculty of visualization is by no means bound to capitulate to non-Euclidian geometry."

Page 1 of 1 Start overPage 1 of 1
This shopping feature will continue to load items when the Enter key is pressed. In order to navigate out of this carousel please use your heading shortcut key to navigate to the next or previous heading.
Back
Next
Pages with related products. See and discover other items: sidelight