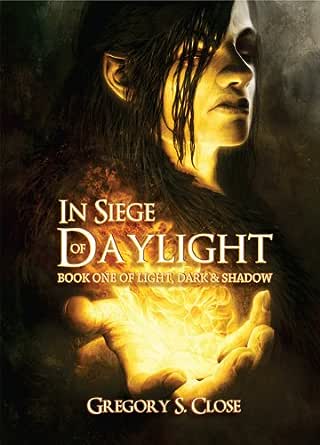 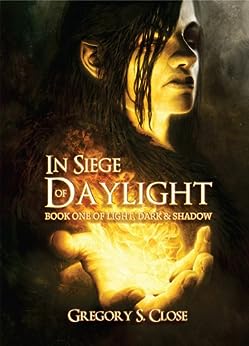 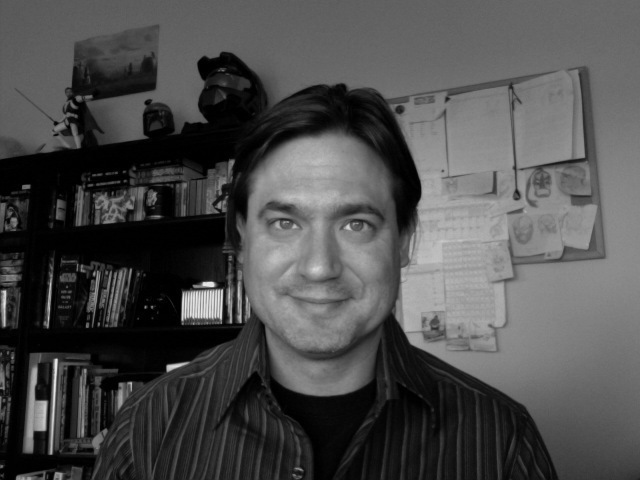 In Siege of Daylight (The Compendium of Light, Dark & Shadow Book 1) Kindle Edition

"It is no mean feat to craft a fantasy world that is different, familiar, interesting, and fresh.  Gregory S. Close has done that and more with In Siege of Daylight: Book One in the Compendium of Light, Dark & Shadow, a weighty and daunting tome, but one worth delving into."
- Mark McLaughlin, Clarion ForeWord Review (4/5 Stars).
"Close gives us one of the most interesting introductions to a main character I've ever read."
- M. Todd Gallowglas, author of the Tears of Rage and Halloween Jack series.
"If you're a fan of RA Salvatore's fantasy brawling and fascinating cultures, and you want a double dose in a six-hundred-page epic, try In Siege of Daylight by Gregory S. Close."
- A.E. Marling, author of Brood of Bones, Gravity's Revenge & Gown of Shadow and Flame.
"Close's greatest strength is his prose, which brings this world to life with a literary sensibility that stands out in a sea of standard, boilerplate fantasy novels."
- Kirkus Reviews

In Siege of Daylight contains some scenes of violence and/or intense situations not intended for young children.  Also, there is a song about gooseberries (fair warning).

Gregory S. Close has lived on both coasts of the United States (and that wholesome corn-fed part in-between) as well as Dundalk, Ireland and the tiny islands of the Kwajalein Atoll. Greg loves travelling and sampling the native cultures, foods, customs, and beers of the world. Greg is married to a rocket scientist and lives in California with his two daughters, a cat, and one and a half dogs.
Read more

Amazon Customer
4.0 out of 5 stars An Epic worthy of the name.
Reviewed in the United States on March 31, 2015
Verified Purchase
In terms of epic fantasy, few indie novels can match the scope of Close's "In Siege of Daylight." A robust array of characters and a fantastic setting help fashion this sprawling world into a thing of living beauty. The story, woven expertly with clashing cultures, risen evils, and moving character histories creates a riveting adventure reminiscent of many a familiar fantasy tale.

Close shows off his love of storytelling by breathing life into a grand parade of characters, many of which are cut from the genre's tried and true cloth, but at the same time are fresh and unique, with ties to a fantasy world that is so wonderfully crafted it's impossible not to lose yourself within it. The more than 600 pages pass too quickly.

While the premise borders on the cliche, lowly boy with a famous father who inherits the task of saving the world, it doesn't feel cliched. For this, I applaud Close, as it would have been too easy to fall into the same channels as many books before, but "In Siege of Daylight" sets itself apart with some curious and wonderfully executed twists that are more often not wholly unexpected.

You will find the standard host of fantasy races: elves, dwarfs, humans, sentient half-animals, and the like, along with your typical soldiers, heroes, villains, royalty, and peasants, but there is nothing generic about them. They all have their place within the tale, fitted perfectly within a narrative that works to make the most of each and every character, and Close seems well-versed crafting his peoples to stand alone.

The highlighting character, aside from Calvraign, is the bard Brohan. Brohan is the portrait of the guiding wiseman, the possessor of knowledge and magic who aids Calvraign in his growth from boy to man, as well as helping him wade through tricky court politics. A kind of Gandalf to Bilbo.

The culmination of the novel reminded me of what Brandon Sanderson is well-known for: an avalanche of conflict and action, all brought together with threads laced throughout the narrative that tie together at perfect moment. While impossible to give away the awesome and intense climax, I will say it sent me searching Amazon for the second book immediately after finishing the last page (which is, as of the writing of this review, being written).

If you're a fan of massive worlds, old evils, hardened soldiers, wise men and their designs on young heroes, and unlikely saviors, then I urge you to pick up a copy of "In Siege of Daylight." Then perhaps, like me, you can suffer pining impatiently after the next installment.
Read more
3 people found this helpful
Helpful
Comment Report abuse

Mike A. Wants
3.0 out of 5 stars A slow Epic
Reviewed in the United States on January 31, 2014
In Siege of Daylight by Gregory S. Close, the first book in The Compendium of Light, Dark & Shadow, tells a slow moving epic of the fight between light and darkness, full of mysteries and a lot going on behind the scenes. This book is the introduction into a vast world with scores of unique races, gods, and factions. The story follows a big cast of characters; from the apprentice bard that gets tangled up into the mess, to the intelligent and politically attuned heiress, and the grizzled veteran haunted by his past. Many more characters and groups have their part in this play, often shrouded in mystery.
While I generally enjoyed the story, it took me much longer to read this book than is common for me. I can normally read even a big fantasy books in 3 days to a week, depending on how much time I have (and how much the story grips me). This took me a lot longer, especially because the middle section moved too slow even for my tastes. I like slow stories that take their time to introduce and develop their world and characters, but some parts in this book seemed not to move at all. This feeling was enhanced by the lack of interest in some of the POV-characters and their part in the story. I especially felt the protagonist, the apprentice to a famous bard (and much more besides), didn't get enough time in the spotlight.
The POV-characters are generally interesting, but a bit less would have been more in this instance. Part of the story doesn't really move forward, mostly consumed by discussions about war and the characters on losing ground against the powerful pro-war faction. Another problem was the POV of the antagonist. While I liked to have such a view, the POV of the antagonist consumed too much time at the beginning of the book and it felt like it gave too much away that wasn't known to any of the other characters, killing some interesting surprises.
I'll have to continue with surprise and predictability, because a big mystery of the book is basically given away in the very beginning of the book. I simply had to wait until it was made "official" as the surprise of the ending. I think this was foreshadowing done wrong. If it had been introduced to the readers' thoughts about how the story might develop in small doses and over time it could have been great, but to give it away so freely so early on didn't work for me.
While the worldbuilding is extensive and will probably continue to grow in later books, this had one negative aspect on the story in the form of words. If you read fantasy as much as me, you know that a part of worldbuilding lies in the languages and in inventing words and phrases. Sadly, many of the words introduced in this story are jumbles of random letters that are hard to read and remember. Accessibility is an important part to introduce readers to a new world and culture, but this book makes the story harder to access and follow. Some of the words are even very similar to others, without giving the reader a distinct difference between their meaning. This made it harder for me to follow the story at times, especially when it was related to the magic.
The magic system is not unique, but not generic either. I can't really say much about it yet, because there's simply not much known at this point. They simply do magic, but it's exhausting and stuff, and fortunately limited. But you can see that there is much behind the magic, a whole lot we don't understand yet, and that can make things confusing.
The story itself is good. The pace picks up after the slump in the middle and the story goes for a spurt towards the ending. Most of the POV-characters are well done and interesting to follow. If you plan to pick this book up I'll encourage you, but only if you like slow moving epics. There is action here, and rather good one too, but only at times breaking the unhurried pace.
I'm still undecided whether or not to pick up the next book, but I'll definitely keep an eye out for it. If the author can speed up the pace a fraction and give the reader some more insight into the story and the world, I think this series could shape up to something very interesting.
Read more
3 people found this helpful
Helpful
Comment Report abuse
See all reviews