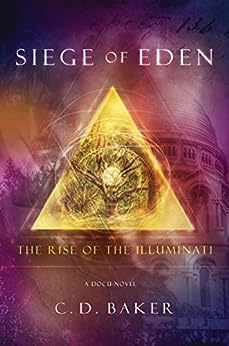 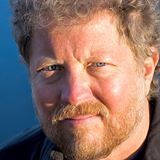 Siege of Eden: The Rise of The Illuminati Kindle Edition

C. David Baker writes from his small farm in Bucks County, Pennsylvania, where he raises livestock with an interest in natural/organic methods and a passion for humane treatment.

A Christee Award nominee, Baker has currently released nine thematic historical novels, one children's book, and two books of spiritual reflections. Published in a variety of countries, several are available in Russian, Ukrainian and/or German language translations. He has appeared in the Christian History Institute's periodical, 'Glimpses,' and 'Christian Singles' magazine. His work has been put to music by Canadian composer, Jonathan Urie as well as performer, Kurt Johnston.

Research has taken Baker throughout Europe and the Middle East. This has included hiking through Israel for his novel on Jesus and transversing the Alps for his trilogy on the Children's Crusades. His interviews have included people such Manfred Rommel (son of Fieldmarshal Rommel), and Johann Voss, author and veteran of the Waffen-SS, both of whom contributed much to his Hitler Era shocker, 'The Seduction of Eva Volk.'

Baker has a Master's degree in Theology from the University of St. Andrews, Scotland. His specialty is the discovery of the untold story.

More information is available at: cdbaker.com --This text refers to the paperback edition.

Overall, I enjoyed this book and I think it's worth the read. The story itself was interesting and kept my attention. The characters are incredibly complex and I never knew what they might do next and that made it very hard to put down!

What intrigued me the most were the similarities between the rituals and symbols of the secret societies, the monks, and the new government forming in America. Alexander Horn's struggle to determine what is "good" among all this had me constantly questioning which side he'd pick even when I wasn't reading. So when I say it was hard to put this book down, I mean it was REALLY hard to not keep reading this all in one sitting!

While the story is great, I did have a hard time reading through some parts...

Adam Weishaupt's attitude toward women, in particular, was hard for me. It literally turned my stomach and I almost quit reading at one point. To be fair, I can be a bit oversensitive in this area, but I feel it's important to point out for others who have the same triggers.

I had a hard time keeping all the characters straight at first. There are so many people with similar names that it was hard to keep up throughout (especially since so many have more than one name). I found myself going back often to make sure I was thinking of the right person. Since this is based on true events, I don't think anything could be done about it.

Every chapter ends with notes and it was a bit distracting. I think they'd be better placed at the very end of the book, where readers can refer to them either as they read, at the end of the chapter, or the end of the whole novel. Being at the end of each chapter, I found it took me out of the story, which was a huge shame because each chapter ending had me dying to know what was going to happen next! This was easily fixed for me since I just stopped reading them and skipped ahead to the next chapter. I did go back and read them after I finished the book and they are definitely worth reading!

Despite the few things mentioned above, I thought this was a great read. I was so wrapped in the story, I was actually kinda sad when it ended. I'll be checking out other books by C.D. Baker soon!

**I received this book for free through BookSirens. This did not influence my review or opinions.**
Read more
One person found this helpful
Helpful
Report abuse

“What in the world is going on???” In a world where up is down and down is anywhere someone prefers it to be “Siege of Eden” traces the origin of modern-day progressive philosophy back to the beginnings of illumined thought. Eighteenth century southern Germany found men questing for perfection by putting away institutions, religion, and marriage, to follow others of superior, enlightened intellect. Only then would they find true joy. True knowledge was to be found in human intellect. “You will be a god knowing good and evil”. (Genesis 3:5) CD Baker spent 3 years researching the writers, histories, and philosophers of the period. He documents the time through the life of Alexander, a young monk from Scotland who struggles with one foot in a German monastery and the other in the masonic/illumined lodges of Adam Weishaupt, founder of the Illuminati, an intellectual elitist who schemed to close the church and control the governments and Masonic lodges.
For the serious student and curious questioner of what is influencing and maybe controlling modern day thought, “Siege of Eden” saves us time and does all of us a huge favor by sorting through the many philosophers of the time and reporting on the influence each had then and on today’s progressive thought. Influences then included the birth of America, the French revolution, and Karl Marx and the “Communist Manifesto”. Today educators, political parties, theologians and talk show hosts reek with their philosophies.
I read the book, word for word. By it I better understand the roots of today’s cultural/political/religious world. If you are a serious questioner as I am, and daily seek to understand and explain the complicated changed world in which we stand, as I do, “Siege of Eden” will give you background and direction, that you and I need. It removes the guess work.
While it is an intellectual read, it is well worthwhile. My highest recommendation.
Ronald James Matlack, 12/2019
Read more
2 people found this helpful
Helpful
Report abuse

Stephen H Smith
5.0 out of 5 stars A compelling journey into the dark heart of the Illuminati
Reviewed in the United States on November 29, 2019
Who isn’t fascinated by the lore and legends surrounding the Illuminati! No doubt the continuing obsession with them stems to a large extent from the shifting shadows from which this group has never fully emerged. The Siege of Eden, by CD Baker skillfully pulls aside the curtains in a manner both chilling and thrilling to expose the dark underpinnings of a group dedicated to founding an Utopian new world order. With a psychopathic disregard for the nefarious elements of deceit and violence, which they convinced themselves were both rational and necessary, Freemasonry is, for at least a time, successfully parasitized. This is historical fiction at its best, giving us a precise and detailed portrait of the villainous founder, Adam Weishaupt, caught up in a web of international intrigue, the depth of which will leave the reader astonished.
Read more
One person found this helpful
Helpful
Report abuse

Tyler Smith
5.0 out of 5 stars A fast-paced and exciting read.
Reviewed in the United States on February 20, 2020
I really loved how the author integrated so many historically accurate facts into this novel. The footnotes at the end of each chapter are really interesting- I found myself looking up many of the names referenced in these footnotes after I set the book down (which was hard to do!).

I knew close to nothing about the Illuminati before reading this book, but now I feel I have a good baseline understanding of who they were, how they started, and why.
Read more
One person found this helpful
Helpful
Report abuse

Kathy Bornino
5.0 out of 5 stars Important history and good read novel
Reviewed in the United States on April 18, 2020
Excellent book, well researched and documented. Important history presented in an engrossing way, as a page turner novel. I wish all history could be taught this way!
Read more
One person found this helpful
Helpful
Report abuse
See all reviews