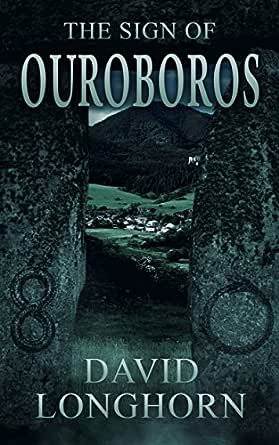 You've subscribed to Ouroboros! We will preorder your items within 24 hours of when they become available. When new books are released, we'll charge your default payment method for the lowest price available during the pre-order period.
Update your device or payment method, cancel individual pre-orders or your subscription at
Your Memberships & Subscriptions
There was an error. We were unable to process your subscription due to an error. Please refresh and try again. 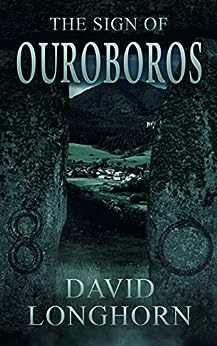 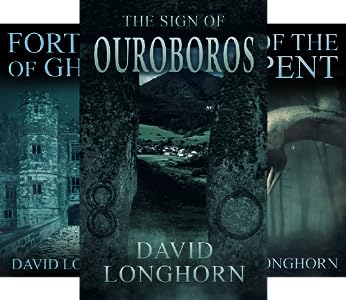 
"Great book. If you love horror then you will love this book." - Ed M.

Excerpt of Prologue
...
A few moments later, Leadsom was seated on a fine Edwardian sofa while Olivia handed him a cup of herbal tea. He pretended to be fascinated by all things spiritual, as he chatted with Clay about the latter's crackpot beliefs.

"So you see, Paul," Clay was saying, "we use the symbol of Ouroboros to signify recurrence, rebirth, regeneration. The story of Laocoon, taken literally, is grim indeed. But if one sees the serpent as symbolizing 'nature' it is simply a statement of the obvious, that nothing human endures, only life itself, and struggling against the inevitable merely leads to suffering."

"Fascinating," said Leadsom, cautiously taking a sip of the steaming tea. It was more pleasant than he expected, and he took a generous mouthful, almost scalding his tongue.

"Our tea is a mixture of herbs," said Clay. "Very refreshing, and a good way to alleviate stress. But you came here to discuss business, I believe?"

Leadsom set his half-empty cup down.

Now we get to the nitty gritty, he thought.

"Well, Jonathan," he said, "I've recently set up shop in Hereford, and I'm essentially familiarizing myself with the surrounding area. I specialize in less valuable antiques, the kind of things that people tend to just put in a cupboard or the attic and forget about. I have an international network of buyers and, with no false modesty, I can say I've managed to raise tidy sums for a lot of locals already."

"Yes," she said, topping up Leadsom's teacup from a silver pot that he valued at around six hundred pounds. He could think of at least three collectors who would snap it up.

"And very satisfying, to help all those little old ladies turn their knick-knacks into ready money," added the girl, settling herself next to Leadsom so her slim hip just touched his. "Why, you're quite the public benefactor, Paul!"

Is she taking the piss?

Something about the tone of the girl's voice bothered him. It wasn't the only thing that seemed off-kilter. There was a distant roaring noise, like a waterfall or waves breaking on a beach. And again, under the strong perfume, there was that other smell. Stale, vaguely feral.

"Are you feeling all right, Paul?" asked Clay. "Would you like to lay down?"

"No, I'm fine," said Leadsom. But the simple phrase did not come easily.

"Tell us, Paul," said Olivia, running a finger through his hair, "is there anything around here that takes your fancy?"

He guffawed stupidly, staring more blatantly down the front of her wrap. She laughed and tapped him on the end of his nose.

"Now you know I meant antiques!"

"Well," he said, "there's a ton of stuff here I could shift. This couch is worth a cool thousand. That little gilt clock in the hall, another two grand at least. Lovely item, that."

Leadsom babbled on, giving a completely honest assessment of the valuables he had seen. Part of him, the seasoned con man, looked on in horror as he continued to blurt out tricks of the trade. He even told them his real name.

"The best way to take in your classic little old lady," he babbled, "is to make her think she's put one over on you. Buy some piece of tat for way over the odds, then trick her out of something really valuable."

Olivia ran her hand down his cheek. Her flesh was cool despite the warm room, and slightly rough.

"You should wear rubber gloves when you do the washing up, darling," he said. "You've got dishpan hands."

The girl giggled, then got up just as Leadsom made a wobbling lunge at her. He ended up face first in a velvet cushion and dropped his teacup.

"Oh dear," said Clay, putting down his own cup, which was still full to the brim. "It seems we have a dishonest man on our hands."

"True," said Leadsom, as he struggled upright again. His mouth seemed to have a mind of its own, resisting his best efforts to control it, "I'm a total bastard who cons pensioners out of their family heirlooms. Pays them a pittance, and when they find out I lied, I'm long gone. Move on to a new area, start again."

Herbal tea, he thought desperately. They drugged me. Jesus, I'm in trouble.

Leadsom's first instinct was to make a run for it, but his effort to stand up merely led to him plunging face first into an Afghan rug.

"Oops a daisy," laughed Olivia, helping him to his feet.

"Bloody hell, you're very strong, even for a big girl," said Leadsom. "Must work out. I blame feminism. Ruining romance. Not natural."

The roaring in his ears was so loud now that he could barely make out what Clay was saying. The plump man was talking to the girl. Something about 'having a little lie down.'

"I'm fine, really," Leadsom insisted. "People will be wondering where I am. I must be going."

"I don't think you'll be able to drive in such a state," said Clay, looking closely into Leadsom's eyes. "Yes, pupil's dilated. But it's hard to calculate the dosage with these things. After all, everyone's different."

Clay took Leadsom's other arm. Between them, Clay and Olivia steered the befuddled con man out into the hall, then up two flights of stairs. Leadsom lost consciousness for a while. When he came to, his mind was still clouded by the 'herbal tea.' He was apparently on a bed in a dimly-lit room.

He could hear voices. Clay and the woman were out in the corridor, just out of sight. They seemed to be arguing. Clay said something about an 'unworthy subject,' but Olivia cut him off, sounding insistent. He made out the word 'sacrifice'.

Oh God, they really are some kind of insane cult, he thought. They're going to kill me!

He made a tremendous effort to move. His body resisted his urging and all he managed was a groan of despair.

The light from the doorway diminished as a slight figure entered. Again, he smelled patchouli, its cloying fragrance. And once more, he detected that undertone of something else, the odor that conjured up an image of a favorite aunt, ice cream, a day out at the zoo.

Olivia climbed onto the bed next to him. She was naked, her curvaceous body pale and sinuous. He felt her flesh brush against his limp hand and again felt that odd roughness, coldness. Her face, just a couple of inches away from his, looked subtly different somehow. As if her features had coarsened in some way. Is her mouth larger, were her eyes that far apart? Leadsom wondered if it was a trick of the half-light.

"You've told us so much about yourself, Andrew," she said. "You have no family, no close friends, and you always keep a low profile. The only people who'll wonder where you are have a strong aversion to contacting the police, isn't that right? You're the sort of man who can vanish easily, and never be missed."

Olivia's tongue flicked across her lips, then she opened her mouth. It gaped far wider than any human mouth had a right to. A pair of fangs protruded from her upper jaw. At the sight of them, he suddenly remembered where he had first encountered the stale, unpleasant smell that was not quite masked by the patchouli.

It was somewhere hot, and dark. The Reptile House at the Zoo!

Her mouth closed on his neck for a moment and he felt cold, sharp pinpricks penetrate his flesh. When Olivia pulled away, her face was barely human. Her eyes were a bright green now, displaced almost to the side of her head, their pupils turned to slits. Her mouth was opening again, wider than any human mouth, a glistening void that soon filled his entire field of vision.

Before her transformation was complete, the venom had done its merciful work.