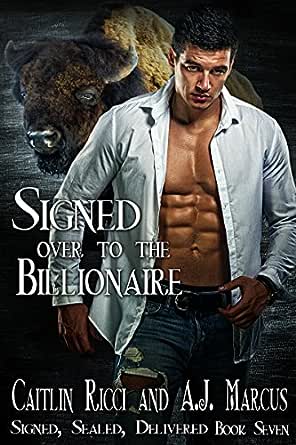 You've subscribed to Signed, Sealed, Delivered! We will preorder your items within 24 hours of when they become available. When new books are released, we'll charge your default payment method for the lowest price available during the pre-order period.
Update your device or payment method, cancel individual pre-orders or your subscription at
Your Memberships & Subscriptions
There was an error. We were unable to process your subscription due to an error. Please refresh and try again. 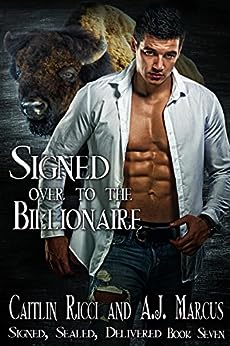 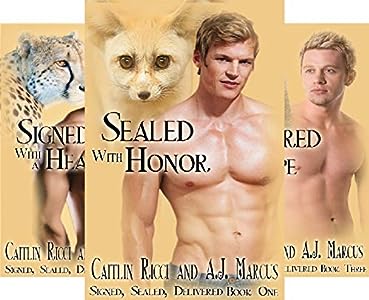 Jo Bird
4.0 out of 5 stars Shifter tale with a difference.
Reviewed in the United States on February 5, 2017
I liked this book a lot. Although it’s book seven in the series, it’s a stand-alone. It’s a short but sweet shifter tale with a difference and an interesting story alongside the romance. Kirin is a bison shifter (yes...bison. That’s a first for me!) and a rich landowner, having inherited everything from his parents and, recently murdered, sister. Jackson is the son of his neighbour, Malorne, and a bear shifter. It's a very original romantic combination, and I wasn’t sure about it at first, but it works!
Kirin has always been at odds with Jacksons' father, who’s a nasty piece of work, and who wants to extend his oil drilling operation onto Kirin's land. Kirin's also watched Jackson from afar not realising that Jackson also has a crush on him, but they’ve never had the chance to get to know each other. When Malorne comes seeking a contract to drill on Kirin's land, again, Kirin decides on the spur of the moment to make him an offer he knows Malorne won't be able to accept, or will he? Eighty percent of the profit? A date with his wife? A mating with his son? Surely that’s too much to ask but Malorne, who only cares about money, agrees and, despite being taken aback and not wanting to, Kirin has to stand by his offer.
Kirin enjoys dinner with Malorne’s wife and is surprised to find he likes her. He and Jackson are soon mated, and although they have a bit of a shaky start, due to lack of communication, that's soon overcome. It's what happens next regarding the murder of Kirin’s sister that puts a ‘sting’ in the tale!
The story has to move quickly, being short, but there's enough detail and description to enable the reader to get nicely carried away. I enjoyed Jackson’s friendship with the bird shifter, Elan, from an overprotective family and I’d have liked to see that story explored more! The book ends quite abruptly, but it’s finished off well with no real loose ends. I'd have liked a bit more about Kirin and Jackson before it did, as I adored them as a couple. The book is well written, and overall it was a satisfying and enjoyable way to curl up for a couple of hours’ escapism. I think I might well go back and look for the rest of the books in the series!
****I would like to thank the author for the privilege and opportunity of reading this ARC. My review is an honest opinion of the book****
optimummblog.wordpress.com

Carrie Krogh
4.0 out of 5 stars Great addition to the series!!!
Reviewed in the United States on August 28, 2017
I liked Signed Over to the Billionaire by Caitlin Ricci and A.J. Marcus. It is the seventh book in the Signed, Sealed, and Delivered series. The story was well written and nicely edited. I liked the dynamic between Malorne and Kirin. It had a real Hatfield and McCoy feel to it. I liked that Kirin tries to get Malorne to stop asking to drill for oil on his property by coming up with a deal that would be too hard to accept. However, that backfires on him, and suddenly he's looking at a date from Malorne's wife and a mating to his son Jackson. I really enjoyed how Jackson and Kirin work through their mating, and I really enjoyed their chemistry. I voluntarily reviewed an advanced reader copy of this book provided by eXtasy Books.
Read more
Helpful
Comment Report abuse
See all reviews

edo45
3.0 out of 5 stars I like it
Reviewed in Germany on March 8, 2017
Verified Purchase
I don't like doing reviews because every reader has its own taste of book genre.

I don't do all the judgement crap others do in their reviews, like doting all i's and crossing all t's.
I read because I like to be entertained and this author did it with all the books I got so far.
Read more
Report abuse
See all reviews