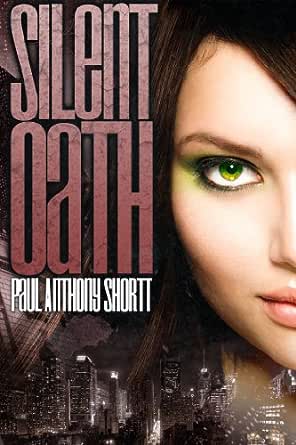 You've subscribed to Memory Wars Trilogy! We will preorder your items within 24 hours of when they become available. When new books are released, we'll charge your default payment method for the lowest price available during the pre-order period.
Update your device or payment method, cancel individual pre-orders or your subscription at
Your Memberships & Subscriptions
There was an error. We were unable to process your subscription due to an error. Please refresh and try again. 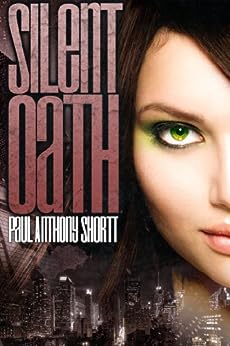 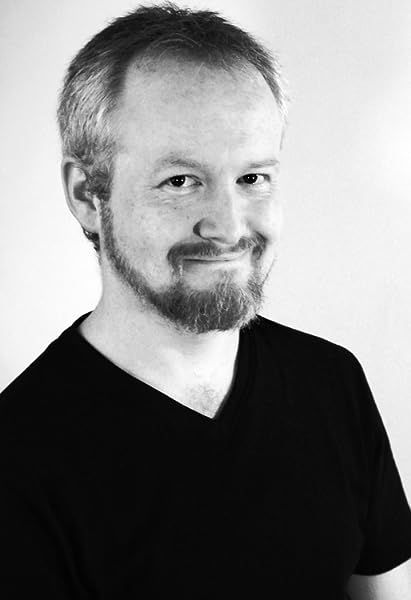 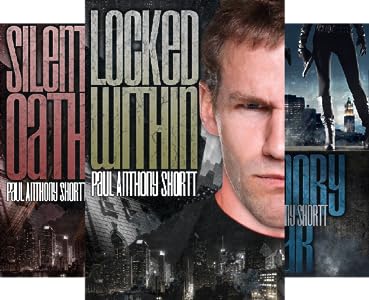 "Mostly a dark Urban Fantasy, Silent Oath holds a fascinating touch of time travel and a skosh of true-love romance. While it is well written, the reader may want to fasten their seat belt and take notes, because the sheer number of names thrown out in the opening pages (and thereafter) is enough to make an inattentive mind spin right off its axis, however this may be less problematic if the reader has read book one in the trilogy, Locked Within. With a certain amount of breathlessness I say - well done." --Cary Morgan Frates, Romance Fans for Life
"This book sees the introduction of some more kick ass female characters, meaning that I'm happy! Cynthia has become much less of a victim and much more of an active character in the plot. And then there is Elena, whose kick ass ness I can't even begin to describe!
Silent Oath felt like a good continuation of Locked Within, I liked how Nathan as a person has not really changed, he is still the same and still has the same ideals, he just goes around killing vampires more than he did before...an interesting series, well worth a read." --Trips Down Imagination Road

A child at heart who turned to writing and roleplaying games when there simply weren't enough action figures to play out the stories he wanted, Paul Anthony Shortt has been writing all his life.

He believes in magic and monsters. In ghosts and fairies. The creatures that lurk under the bed and inside the closet. The things that live in the dark, and the heroes who stand against them. Above all, he believes that stories have the power to change the world, and the most important stories are the ones which show that monsters can be beaten.

He lives in Ireland with his wife Jen and their dogs, Pepper and Jasper. Their first child, Conor William Henry Shortt, was born on July 11th, 2011. He passed away three days later, but brought love and joy into their lives and those of their friends.

The following year, Jen gave birth to twins, Amy and Erica. Their fourth child, Olivia, was born in January, 2014.

Patricia Kenworthy
2.0 out of 5 stars Didn't like very much
Reviewed in the United States on August 18, 2014
Verified Purchase
Although I liked the first book in this series, I did not like this one. It had too many characters and jumping around with their names from past lifetimes became very confusing. There were so many groups fighting with each other, I couldn't keep them straight either. The "good" characters weren't any more likeable than the bad guys.
The fighting just went on an on with no break. They lost every fight right up until the final one which got very depressing and made it unbelievable when they won one.

Kindle Customer
5.0 out of 5 stars Great story
Reviewed in the United States on April 24, 2014
Verified Purchase
This author has a unique view of the interaction of supernaturals with humans. The supernaturals, most of them, seem to be self-serving jerks. Our human hero is determined to make New York safe for humans. He has to deal with enemies, as well as friends who remember some of his less than good-guy behavior from other lives. This is a very good, intriguing, gripping series.
Read more
One person found this helpful
Helpful
Comment Report abuse

Me
4.0 out of 5 stars May end up helping me with my Dresden addiction!
Reviewed in the United States on November 29, 2013
Verified Purchase
I am really enjoying this series and look forward to watching it mature over time and the characters deepen. In a better world Butcher - Kate Griffin - De Lint - Pratchett - Gaiman - the Price Negotiable series - Sandman Slim - Simon r Green - and now Short would all have new works published in sequential time periods THAT DON'T OVERLAP! :)
Read more
2 people found this helpful
Helpful
Comment Report abuse

Brenda Nelson
5.0 out of 5 stars Loving the series
Reviewed in the United States on August 21, 2014
Verified Purchase
An excellent follow up to the first in the series. Good to see Nathan Shepherd landing mostly on his feet. Enjoying the direction of the story and ready for more!
Read more
One person found this helpful
Helpful
Comment Report abuse

SfSara
4.0 out of 5 stars Even more addicting than the first book
Reviewed in the United States on February 27, 2014
Verified Purchase
A kindle on your phone is a great thing- until you get a book you can't put down. Not only did I find myself staying up *way later than I should to find out what happened next, by the time I got the big battle scene I was sneaking time in work to read it. Great development of the story line and I look forward to where it goes from here!
Read more
One person found this helpful
Helpful
Comment Report abuse

Robbie
4.0 out of 5 stars Good follow on
Reviewed in the United States on September 30, 2013
Verified Purchase
Fleshed out the first book nicely. The third one should fill in the holes. If you like magical and other worldly action , this is your book.
Read more
3 people found this helpful
Helpful
Comment Report abuse

Darlene Williamson
5.0 out of 5 stars love it
Reviewed in the United States on March 22, 2014
Verified Purchase
Loved this book. I will read it again and recommend that my friends read it as well. very well written
Read more
One person found this helpful
Helpful
Comment Report abuse

Kieran
5.0 out of 5 stars Fantastic Thriller!
Reviewed in the United States on February 27, 2014
Verified Purchase
I've been a fan since Locked within. This book exceeded my high expectations great heroes and villians you love to hate! Wonderful writing :)
Read more
One person found this helpful
Helpful
Comment Report abuse
See all reviews from the United States

M Hickey
4.0 out of 5 stars Getting better...
Reviewed in the United Kingdom on July 1, 2017
Verified Purchase
The writer's coming into his style. The story is fast paced and the action scenes are excellent. The hero is actually growing (and not getting his arse handed to him all the time!)
Downloading book 3 as we speak.

Amcamm
5.0 out of 5 stars Five Stars
Reviewed in the United Kingdom on December 7, 2014
Verified Purchase
The story continues. I couldn't put this down. Gripping characters trying to save New York from evil
Read more
Helpful
Sending feedback...
Thank you for your feedback.
Sorry, we failed to record your vote. Please try again
Report abuse