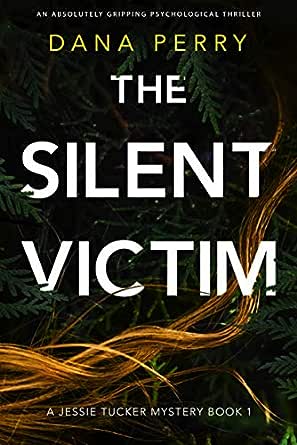 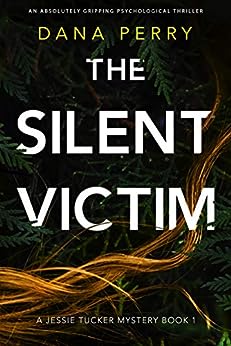 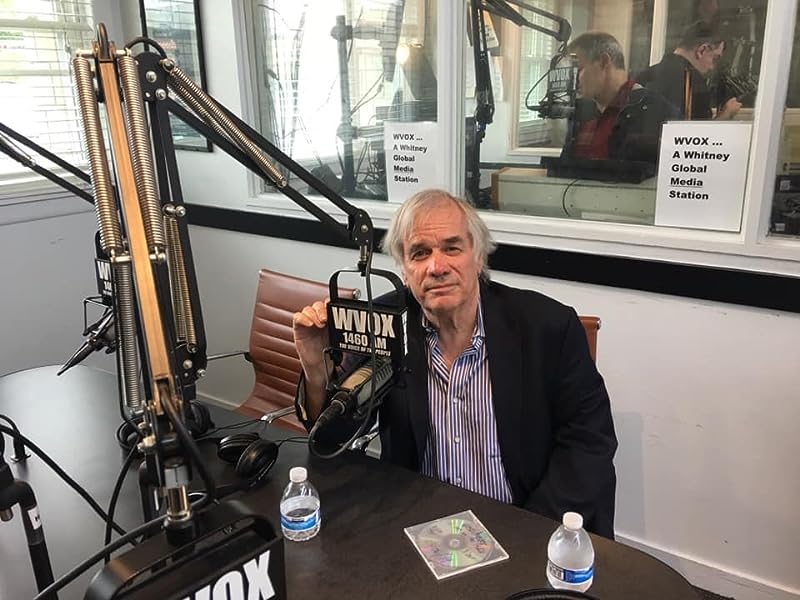 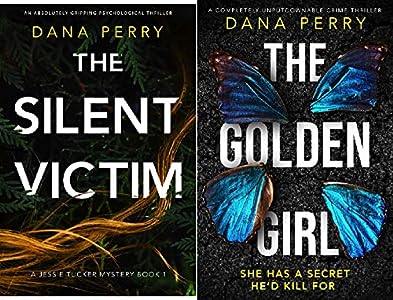 4.4 out of 5 stars
4.4 out of 5
137 global ratings
How are ratings calculated?
To calculate the overall star rating and percentage breakdown by star, we don’t use a simple average. Instead, our system considers things like how recent a review is and if the reviewer bought the item on Amazon. It also analyzes reviews to verify trustworthiness.

Jessica Ferguson, Author, Speaker, Encourager
5.0 out of 5 stars A Fascinating Read
Reviewed in the United States on February 2, 2020
Verified Purchase
I wish I could have been in Dana Perry/RG Belsky’s head, at the least, looked over his shoulder, as he wrote The Silent Victim. It reads as if he sat down at the keyboard and didn’t get up until the story was finished—a consistent rhythm and tone from beginning to end. No dragging parts. No sagging middle, no boredom.
The story, the character, grabbed me and twisted me into knots. I suspected everyone and trusted no one. And identified with Jessie way too much. (My own personal mantra is trust no one...suspect everybody).
Jessie Tucker is a fascinating character. She seemed to have few resources to call on. Sure, a few, but not like other amateur detectives in books and on tv. More deductive reasoning, I think, that sometimes led her to the wrong conclusion and the wrong culprit. I was right there with her. Believe me, there were plenty of culprits!
Jessie didn’t write things down in a reporter’s notebook, list suspects on a whiteboard or type notes into a computer. She didn’t ask about DNA or a lot of cop-type evidence. Her skills were those of a reporter: ask questions, get answers. And then ask another question.
I haven’t been captivated by a book in a long time. The Silent Victim is a fascinating read and Jessie Tucker is great. I’m looking forward to the next book in this new series—with fingers crossed that the author doesn’t disappoint. The Silent Victim is a hard act to follow.
Read more
One person found this helpful
Helpful
Report abuse

courtney callum
5.0 out of 5 stars A great thriller!
Reviewed in the United States on December 6, 2019
Verified Purchase
This book is chock full of suspenseful twists and turns. It's a murder mystery with a woman heroine for a change! She's a newspaper reporter who uncovers some long buried secrets about this sensational crime she was involved in where she almost died. It will keep you guessing to the very end!
Read more
3 people found this helpful
Helpful
Report abuse

CMash
5.0 out of 5 stars 5+!!
Reviewed in the United States on March 30, 2020
Verified Purchase
After her near death beating in Central Park, Jessie Tucker changes the course of her career and becomes a badass crime journalist investigating the facts from the POV of victims. Who knows better than her.

When Margaret Kincaid is found dead in the same area as Jessie's attack, she not only is on the case, but it starts to trigger memories of her own from 12 years ago.

Just like her case, the police have found their suspects and the cases are closed. But once Jessie starts digging further through the police reports, of both Margaret's and her own assaults, she realizes that maybe the wrong person was found guilty, both now and then.

I read the majority of this book in one day because I could NOT put it down. There are many intricate details in this book, which made this book electrifying and had me wondering what the author's mindset was while writing this book.....BRILLIANT!!!!

The action and suspense accelerate with each turn of the page!! GRIPPING!!! The narrative pulled me in, and with the author's amazing writing style, I was so engrossed and it felt like I was watching a movie in my head! Totally absorbing!! An adrenaline rush throughout! The ending and how the author pulled it all together outstanding!!!

Do not miss out on this outstanding read!!! And even better news, this is the first book in what will become a series, which I will be the first in line to get my hands on the sequel!!!!
Read more
Helpful
Report abuse

THE SILENT VICTIM is an incredibly engrossing psychological/journalistic emotional thriller. Twelve years ago Jessie Tucker was accosted in Central Park, viciously beaten, left for dead. Eventually she achieved a miraculous recovery which she has never taken for granted. She left advertising to become a reporter, at which she is a bulldog and award winner. But this latest story proves to be so incredibly convoluted and quite possibly connected to her own assault. Finding the facts is akin to traveling the convolutions of the interior of a Nautilus shell; but oh how gratifying for the immensely engaged reader!
Read more
2 people found this helpful
Helpful
Report abuse

Sheila
5.0 out of 5 stars Beautifully crafted whodunit.
Reviewed in the United States on March 2, 2020
Verified Purchase
Jessie Tucker is my new favorite heroine. Dana Perry is my new favorite author. "The Silent Victim" is an engaging, engrossing, entertaining psychological thriller. This book is for anyone who loves to read a good mystery or who wants to write a good mystery. With the excellent pacing, the numerous twists and the never-saw-that-coming ending, there is much to be enjoyed and learned from the excellent use of craft by Dana Perry.
Read more
Helpful
Report abuse

Sipsie NWA
4.0 out of 5 stars 4.75
Reviewed in the United States on October 2, 2020
Verified Purchase
Never give 5 stars because nothing manmade is perfect. That said. This was quite a roller coaster. Just when I thought I had it nailed it went another direction. Definitely recommend.
Read more
Helpful
Report abuse

Kindle Customer
5.0 out of 5 stars The Silent Victim: An absolutely gripping psychological thriller ( A Jessie Tucker Mystery Book 1) by Dana Perry
Reviewed in the United States on January 13, 2020
Verified Purchase
A very outstanding murder mystery. Just when you think you might have the killer you are wrong again but the road leads down some very interesting paths. I loved the book!
Read more
Helpful
Report abuse
See all reviews

Annie
5.0 out of 5 stars Great story
Reviewed in the United Kingdom on December 2, 2019
Verified Purchase
Really enjoyed this book. Lots of twists so you can't tell who " dunit" until the very end. Am looking forward to the next book.
Read more
One person found this helpful
Report abuse

Bailey204
5.0 out of 5 stars Must read
Reviewed in Canada on April 17, 2020
Verified Purchase
Such an amazing book. I was hooked from the beginning. It was a different twist on the police procedural for me...a reporters twist.
This is the first in the Jessie Tucker series and I’m really excited to read the next one. As always I love discovering new authors and starting their series from the beginning. This news series by Dana Perry is no exception.
I really liked the characters in this novel and we meet a lot! I adored our main right from the start, I loved her tenacity and she’s very intuitive and smart! Can’t wait to read more about Jessie’s adventures!
Read more
2 people found this helpful
Report abuse

Kindle Customer
3.0 out of 5 stars Ok
Reviewed in Canada on September 23, 2020
Verified Purchase
This book had good character development and a Sr
Tory that kept you guessing until the very end of the book
Read more
Report abuse
See all reviews