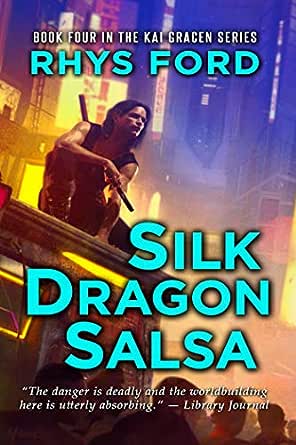 You've subscribed to The Kai Gracen Series! We will preorder your items within 24 hours of when they become available. When new books are released, we'll charge your default payment method for the lowest price available during the pre-order period.
Update your device or payment method, cancel individual pre-orders or your subscription at
Your Memberships & Subscriptions
There was an error. We were unable to process your subscription due to an error. Please refresh and try again. 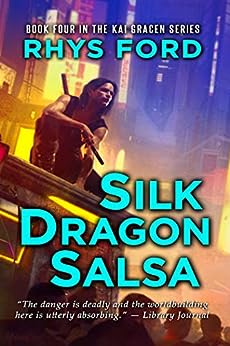 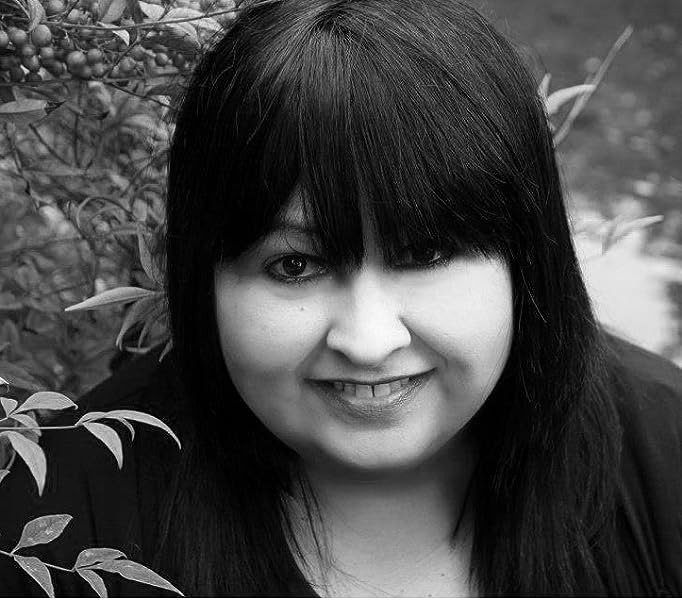 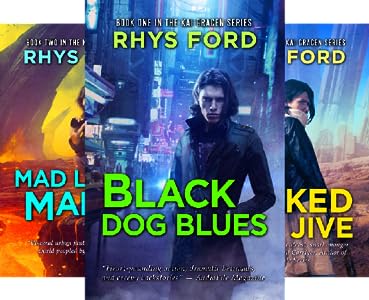 4.9 out of 5 stars
4.9 out of 5
87 customer ratings
How does Amazon calculate star ratings?
Amazon calculates a product’s star ratings based on a machine learned model instead of a raw data average. The model takes into account factors including the age of a rating, whether the ratings are from verified purchasers, and factors that establish reviewer trustworthiness.
Top reviews

Paige Sauvetterre
5.0 out of 5 stars Can't wait for the next book(s) ...
Reviewed in the United States on July 18, 2020
Verified Purchase
I was captured by the two M/Cs immediately: Kai first ... Ryder second. And they've continued to keep me captive through this book. I love the world that the author has built: I love the characters, even the ancillary ones. Cannot keep a great writer down!! My only issue has been waiting for the next installment ... I'm not a patient woman when it comes to things I like. I must say, though, that waiting four books for one particular scene ... and that scene didn't quite become what it should have. Not saying I need detailed descriptions but ... two pages weren't enough. I'll get over it. Can't wait to see what The Court thought though ... Kai cut Ryder off so I have to wait for the next book. There's something 'magical' going on here ... Kai's going to turn out to be much more than anyone thought. Great series ... read from the start ... cannot skip books and understand what's happening. I really really like this author: she's an instant purchase / pre-purchase for me. I have a few ... she's at the top.
Read more
5 people found this helpful
Helpful
Comment Report abuse

Kendra Patterson
4.0 out of 5 stars The next installment of Kai.
Reviewed in the United States on July 14, 2020
Verified Purchase
3.5 Stars

In this next installment of the Kai Gracen books, Kai has to face the death of his mentor/dad Dempsey. Secrets are revealed that leave Kai hurt and shaken, not knowing who he can trust. He has to track down Dempsey's brother Kenny in New Vegas, to retrieve something that Dempsey sent him years ago. On the way he saves an old nemesis, comes across an old lover and learns some more hard truths. Back in San Diego, while tracking down Kenny, he comes across another nemesis. This hated foe has more power to hurt Kai than any other except his father Tanic. In a hard fought battle under the city, Kai realizes that the one person he truly trusts and wants is the one he's been holding off. While healing at home he decides to take that next step in his relationship with Ryder.

This book was a little slow going and hard to keep focused for me. It does have action, information and progresses the story line but for me there was too much descriptions of the environment that was overly long. This dragged the story for me and had me wanting to skim the book but since I didn't want to miss anything I found myself putting the book down many times throughout the reading. The hurt Kai suffers at the beginning of the book is justified and I thought was handled well. The ending gives Kai one more clue to his Sidhe side and abruptly stops, so we have to wait until the next book to find out more. When Kai and Ryder finally make love, it's all smoke and mirrors and very short. You don't get a clear picture of their coming together, which for me is a shame. The sexual tension has been building for four books and then we get less than what most novellas give. I absolutely love Kai and Ryder and I can't wait for the next book. It's a well written book with no noted spelling, grammar or punctuation errors. Not Rhys best book (definitely not the best Kai book) IMO but worth the read.

LR Spitznagel
5.0 out of 5 stars Timeless and Epic
Reviewed in the United States on July 14, 2020
Verified Purchase
Kai and Ryder have a love that is earned. They may be drawn to each other by the songs in their blood, but they've worked to earn each other's devotion.

Rhys Ford has given us magic and intrigue, beauty and destruction, and such well developed relationships among all the characters that Kai Gracen's series is timeless and epic.
Read more
4 people found this helpful
Helpful
Comment Report abuse

Amazon Customer
5.0 out of 5 stars Awesome
Reviewed in the United States on July 17, 2020
Verified Purchase
Another great installment in this series. Kai and Ryder’s relationship develops further and we get more insight into Kai’s past. I can’t wait for the audiobook to come out.
Read more
3 people found this helpful
Helpful
Comment Report abuse

Wintermask
5.0 out of 5 stars Worth the wait
Reviewed in the United States on August 4, 2020
Verified Purchase
This is my favorite of Ford’s many wonderful series. She doesn’t write fantasy that often, but when she does, it’s excellent. I was so thrilled to see she had a new Kai Gracen novel out, and I wasn’t disappointed. This is a super slow burn series, which usually irritates me if things don’t start shaking out by the second book, but this series reads more like a plain, good urban fantasy and doesn’t need an erotic subplot. There’s romance that builds, but though slow seems to move at Kai’s pace. Although it ends on a bit of a cliffhanger, that only leaves me with hope that Ford will continue to write this series. Hopefully, now that she’s come back to it, books will come out at a faster pace.
Read more
Helpful
Comment Report abuse

Ann E. Byassee
5.0 out of 5 stars Breathless
Reviewed in the United States on August 9, 2020
Verified Purchase
Kai Gracen, Stalker, chimera, is on the hunt again, and this time it is personal. I wouldn't miss a book in this amazing series for anything, but this one.... I don't think I exhaled until I finished the book. Whether it is action or emotion, this book is one intense ride--through the half-familiar, half-fantastical landscape of a world where what we know and what we never really believed in have merged and brought new wonders and incredible dangers into our everyday lives. On top of the brilliant world building, wonderful characters, and stunning action scenes is the author's lyrical voice and ability to put you right inside the story. This is a great read. This is a great series. Don't miss it.
Read more
Helpful
Comment Report abuse

vjb
5.0 out of 5 stars Vjb
Reviewed in the United States on July 25, 2020
Verified Purchase
Awesome book! Ford provides twists and turns that leave you hungering fot the next book! It's a love hate relationship as she leaves you with more quetions than answers at the end of the book. Go Rhys!!
Read more
2 people found this helpful
Helpful
Comment Report abuse
See all reviews from the United States