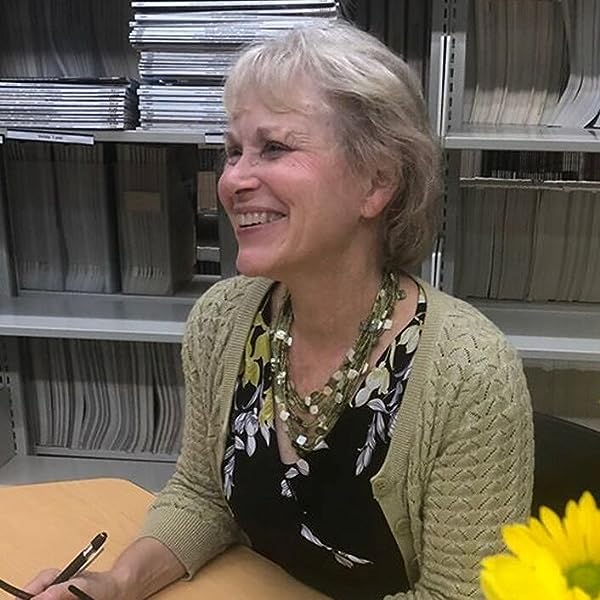 Silken Strands: a novel of the Oneida community Paperback – August 20, 2019

by Rebecca May Hope (Author)
4.8 out of 5 stars 9 ratings
See all formats and editions
Sorry, there was a problem loading this page. Try again.

One man’s utopia is a young woman’s worst nightmare. For seventeen-year-old Millie Langston, one hundred husbands are ninety-nine too many. But since she lives at Oneida Community in 1877, when she marries, all the men of the commune will be her husbands, and she’ll be just one of many wives to them. Perhaps because she’s read so many novels, she dreams of romance with just one man—someone like the handsome Outsider she met on the train.But that’s not Millie’s only dream. At the commune, she has the chance to work full time as a writer—something unheard of in the outside world. Unexpectedly, she becomes a rising star, thanks to her mentor, Tirzah Miller, editress of the Community newspaper. Tirzah expects Millie to submit to marriage as all the other girls have, so she arranges for Millie to meet with their new leader, Theodore Noyes, for her initiation as a communal wife. Now Millie must decide what she values most. How important is it to belong? Is it worth her freedom? Arranged marriages are bad enough, but Millie faces a string of unwanted husbands after Theodore, including the aging prophet, Father Noyes, and the sinister, eye-patched Judge Towner. How can she avoid the inevitable without being expelled from the only home she’s ever known?
Read more
Previous page
Next page


Perhaps you've only heard of Oneida as a brand of silverware. That was true for me seven years ago. While preparing to teach utopian literature to my high school students, I discovered the widespread utopian movement that swept the United States during the nineteenth century. As an idealist myself, I was fascinated by that heart for Eden that drove people to build a perfect society. The experiment at Oneida, New York, intrigued me the most.

The Oneida Bible Communists were a hundred years ahead of their time, practicing birth control, communal childrearing, eugenics,socialism, and "complex marriage," that is, multiple sexual partners for men and women. In their sociological microcosm, they experimented with cultural patterns that would characterize the late twentieth and early twenty-first centuries. How did things work out for them? Not well--especially their sexual system. As I read memoirs and accounts of the "Old Community," I learned that girls as young as twelve years of age became communal wives, yet few written works condemned this abusive practice.

That's because the Oneida Ltd. silverware executives whitewashed the less savory aspects of the commune in order to protect the corporation's reputation. Former members with a vested interest in the company's success wrote memoirs that described the commune as a true utopia.Only when I read the now-published private diaries of Tirzah Miller and Victor Hawley (painstakingly edited and annotated by Robert S. Fogarty) did the true nature of life at Oneida Community take shape. Tirzah declared that her life could be a novel, and I agreed. Victor and Mary's poignant story also deserved to be told. Since significant parts of Tirzah's and Victor's stories overlapped in 1877, I set my fictional tale in that year. To my knowledge,
Silken Strands is the first novel to accurately depict life in the Oneida Community Mansion House.

As a survivor of childhood sexual abuse, I felt outrage for the generations of girls at Oneida who were "married" before they could understand what the word entailed. In a small way, this novel seeks to right the wrongs perpetrated over four decades on scores of young women. I wondered what would have happened if a girl had been passed over until she was old enough to comprehend. Unfortunately, based on my research of Oneida Community, I doubt any young girls were left behind. Also unfortunately, Millie's conflict is relevant today, as many modern women learn when they go off to college and face pressure to participate in casual sex. I hope Millie's victorious journey will be inspiring and therapeutic for anyone who has endured any kind of sexual abuse.

As an Evangelical Christian, I'm disturbed that those young girls suffered abuse at a Christian commune, founded by some of the first converts of the Second Great Awakening. The first step Christians can take to atone for those wrongs is to expose them. Many contemporary works about Oneida Community glorify its"free love" without considering the widespread abuse it represented. Particularly in light of the #MeToo movement, the girls whose rights were violated via complex marriage deserve to be heard--even though they died years ago--and they deserve an apology, especially from Christianity. I offer this novel to serve both purposes.

Thank you for reading Silken Strands. I hope it will inform, entertain, and bless you.

Rebecca May Hope couldn't imagine a life without teaching, which provides an opportunity to share her passion for words with a new crop of young people each year. She teaches writing and literature at two home school academies and three colleges. Publication credits include memoir pieces published by Mothers Always Write, TheSame.Blog, Junto Magazine, and Memoir Magazine. Her short stories have been published by Sixfold, Two Sisters Publishing, and Flying Ketchup Press, and her writing has won numerous awards, including first place in the 2017 American Christian Fiction Writers First Impressions Contest. When Rebecca feels the need to follow Wordsworth's advice ("Up, up, my friend, and quit your books!"), you'll find her playing with her grandbabies; walking her rambunctious ninety-pound Labradoodle on the nature trails near her home in Champlin, Minnesota; or pampering her softer-than-air Ragdoll cat. Learn more about Rebecca's writing at RebeccaMayHope.com.

Rebecca May Hope couldn’t imagine a life without teaching, which provides an opportunity to share her passion for words with a new crop of young people each year. She teaches writing and literature at two home school academies and the University of Northwestern--St. Paul. Publication credits include memoir pieces published by Mothers Always Write, TheSame.Blog, Junto Magazine, and Memoir Magazine. Her short stories have been published by Sixfold, Two Sisters Publishing, and Flying Ketchup Press, and her poetry has appeared in Startled by Joy and Startled by Laughter. Her writing has won numerous awards, including first place in the 2017 American Christian Fiction Writers First Impressions Contest. When Rebecca feels the need to follow Wordsworth’s advice (“Up, up, my friend, and quit your books!”), you’ll find her playing with her grandchildren; walking her perky Shi-poo on the nature trails near her home in Champlin, Minnesota; or biking with her husband. Learn more about Rebecca’s writing at www.RebeccaMayHope.com.

Wrensome
5.0 out of 5 stars Well Worth the Read! :)
Reviewed in the United States 🇺🇸 on July 11, 2022
Verified Purchase
Rebecca May Hope has done an excellent job of breathing fresh life into an historic community. Her characters have personality and dimension; each one is believable and realistic. Each scene is meticulously well-written and compelling. Although some of the themes in Silken Strands will leave you unsettled, the novel itself is spellbinding and will enrich each moment you spend immersed in its broken world following the life of an intelligent and sensitive young woman battling between her desires to uphold the standards of her community and to follow the dictates of her own conscience.
Read more
Helpful
Report abuse

DJM
4.0 out of 5 stars You’ll never look at your silverware in quite the same way
Reviewed in the United States 🇺🇸 on December 9, 2019
Verified Purchase
I grew up with the author and bought the book to be supportive. I didn’t have any expectations as to whether I’d like the book, but I actually found it to be engrossing. I couldn’t put it down and finished reading it in two days. Rebecca handled the difficult subject with discretion and dignity. I particularly liked that she included an explanation as to which parts of the story were fiction and which parts were historical! Before I read the book, I did an Internet search on the Oneida community to get some context. That almost made me not want to read the book, but in the end I was glad I did the research.
Read more
Helpful
Report abuse

patti stockdale
5.0 out of 5 stars A Breathtaking Debut!
Reviewed in the United States 🇺🇸 on October 8, 2019
Verified Purchase
Rebecca Hope weaves a beautiful story in her debut. Silken Strands drops the reader into the complicated Oneida Community in 1877. With the heroine living in a commune, it's a unique coming-of-age story. After a road trip, Millie glimpses life in the outside world where men have one wife, not many. Dare she leave the only home she's ever known or finally learn to accept her circumstances? The author does a masterful job in plotting a story that tugs on the heartstrings and delivers hope to a deserving heroine.
Read more
Helpful
Report abuse

edumom
5.0 out of 5 stars Couldn't put it down.
Reviewed in the United States 🇺🇸 on October 1, 2019
The way the author developed the relationships pulled me into the world of the commune. She did a masterful job of describing the indoor and outdoor scenes so I felt I was there. Difficult to read some parts but tastefully written. The author was also respectful of the people who lived in the commune even though it is clear she doesn't agree with all of their philosophies. I think she struck a good balance.
Read more
Helpful
Report abuse

Wautauga1
5.0 out of 5 stars Worth the read, don’t miss...
Reviewed in the United States 🇺🇸 on October 28, 2019
Silken Strands is a beautifully written, historically accurate tale of the Oneida community. Millie’s story draws you in and although disturbing, speaks to the American spirit of hope and resilience. Loved this debut novel...
Read more
Helpful
Report abuse
See all reviews