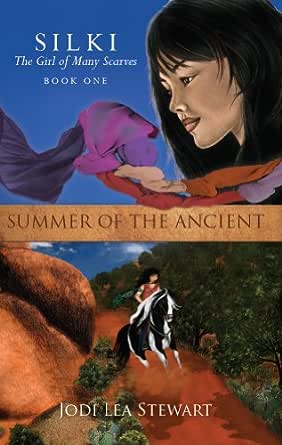 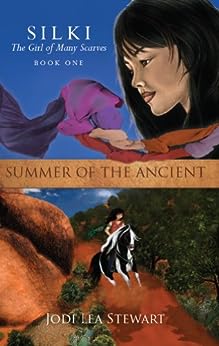 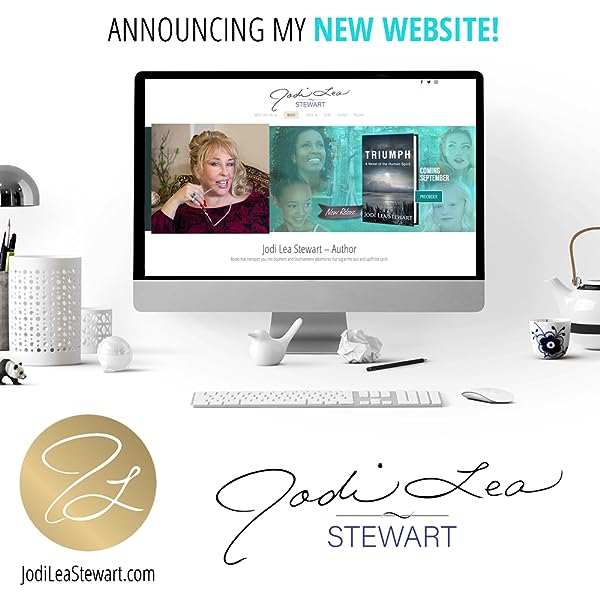 Silki, the Girl of Many Scarves: SUMMER OF THE ANCIENT Kindle Edition

Jodi Lea Stewart grew up smelling cedar berries and cattle pens on a mega-acre ranch wedged between the Navajo Nation and the White Mountain Apache Tribe Reservation. Her friends were Native American and Hispanic, with a few Anglos thrown in for good measure. A little wild, and definitely crazy, Jodi climbed giant petroglyph-etched boulders, sang to chickens, and galloped the winds of her imagination through the arroyos and mountains of the Arizona high country. --This text refers to the paperback edition.

carol
5.0 out of 5 stars Young adult literature but appealing to all ages
Reviewed in the United States on October 18, 2019
Verified Purchase
A friend recommended I check out Jodi's website and her books. I was "born and raised" in North Alabama and am 68 years old but young at heart and fortunately, can still ride a horse. I have never been to Arizona or any of the American Southwest, but I have always dreamed of living "out West.." I "grew up" riding ponies, advancing to horses as soon as my dad knew it was safe. He grew up in Limestone County, Alabama, during the Depression, and trained mules and horses with my grandfather and his four brothers and loved horses all his life. I am the fourth of five children and my older brother and I were the two who were most interested in riding and loved horses the most. We only had three acres with a small barn that my dad built, but he had a good friend with more cash and only one child that bought (or possibly leased) some land behind ours with an old three-sided barn with several stalls and enough land to run several ponies and horses. My brother and I had more fun riding back through the woods and through the creek, etc. Silki's hopes, dreams, and fears as a young girl are so much like my own, just in a completely different environment. Her wish to please her elders while still walking that line that you do as a young teen to explore all that life has to offer resonated with me. Her friendship with Birdie changes as Birdie starts becoming interested in boys and "fitting in" with a different group of girls before Silki is ready. I really identify with that because I was a "late bloomer" with regard to boys. I was much more content to wear my hair in a ponytail and ride horses with my brother than give any boy the time of day, unless he wanted to ride with us . The author has a wonderful way of painting a picture with words. Her grasp of dialogue draws me right into. I read a lot in many different genres of fiction....psychological thrillers, legal drama, Southern writers, etc. There is a mystery that kept me interested also. But this book thrilled me because the hopes, dreams, and fears of young girls and family connections are universal. I felt I learned a little about Navajo culture as well. The back of the book even has a glossary which includes many Navajo terms and expressions and definitions/descriptions of words describing the landscape. It was well worth the read and is a book I will reread.
Read more
One person found this helpful
Helpful
Comment Report abuse

Magic, Menace, Mystery
I am impressed with Ms Stewart's control of the landscape in Silki, the Girl of Many Scarves. I'm equally impressed with her command of character description. Set in the Southwest, this YA novel is rich with detail about an area full of magic and mystery. As Silki, the protagonist explores her world, we see it with clear eyes--Concho Mountain was a small mountain just a fourth of a mile from my house. It had two separate humps called Twin I and Twin II. Birdie and I had permission to explore the north side of Twin I if we didn't go near the steep cliffs marching across the top. We weren't supposed to go on the other side of Twin I, or anywhere on Twin II, until we were older--which continually made me curious. The midway marker of our lawful territory was Weaver Rock, a handsome blue-green boulder covered in lichen on one side. Only Birdie and I knew it was where the rock fairies danced when the moon was full of orange fire.
Those readers familiar with the work of Mary Roberts Rinehart, will see here the Forbidden Room that Rinehart made famous is a dozen novels--the one place the protagonist must never visit--and of course, Silki goes there. I won't spoil the story for you, but be prepared for a little more mystery.
When the landscape comes alive, you're on the cusp of a horror story at worst, a paranormal at best. Here, Ms Stewart leads us into a menacing landscape--Droopy cottonwood trees stooped like old guards over the structure. The roof slumped. A gap by the hinges of the boarded-up door facing east looked like a silent scream. That was scary. Rotting arbor posts in the front leaned tiredly toward the ground. The posts were topped by a weather-beaten hunk of lattice crusted with wads of dirty brush. A round, stone-stacked sheep pen near the hogan was starting to crumble.
So, do you want to go in there? Not on your life.
The characters in Silki come through with such detail you have to wonder if Ms Stewart hasn't taken photographs. Here's Mrs Anna: ...[her] busy hands stopped. She turned her head and gazed down the road. It was hard not to stare at her. Creamy coffee skin and flowing black hair made her look more like a painting than a real person. Her arched brows and straight nose gave her the look of an empress. Even with thin white streaks swirling through her hair, it was hard to believe she was seventy-one--just one year younger than my grandmother was. Her jewelry had sparkly gems mixed with turquoise. I wondered if it was from our Rez or her store in Santa Fe. Mrs. Anna's head snapped back.
This is a well written, detailed story that teaches as well as it entertains. So I give it the reader's mantra: Buy it, read it, review it.
Thanks Jodi Lea Stewart for giving us a fine read.

D.B. Jackson
5.0 out of 5 stars Not Just For Kids
Reviewed in the United States on April 10, 2012
Verified Purchase
Silki, Girl of Many Scarves: Summer of the Ancient is the kind of book I wouldn't ordinarly read. I haven't been a "young adult" for a long time, and I don't read "girlie" books. I was curious to see how Jodi Stewart handled a somewhat complex premise, told it from the perspective of a young girl, and managed to raise it above a market crowded with books that all sound similar.

What a great surprise was in store for me. I loved this book, it's characters, and the authentic voices Jodi Stewart gave to each one. It's a great story, well-written and absolutely engaging from beginning to end...the girls, their horses, the mystery, the intricate plot, and most of all, just the pure pleasure of being able to escape with a book that's fun to read and impossible to put down.

I predict we will see a lot more Jodi Stewart books in the future and her audience will include many many "used-to-be young adults" as well as those who actually are young! Give this one a try. It's a great book by a great author.
D.B. Jackson
Read more
One person found this helpful
Helpful
Comment Report abuse

Kindle Customer
4.0 out of 5 stars Summer of the Ancient
Reviewed in the United States on January 22, 2014
Verified Purchase
I live in Arizona and Native American history is prevalent everywhere; but It has always been an interest that I have not pursued. Jodi has done a wonderful job of bringing us into their way of life and customs. She has also made us aware that the thoughts and interests of young girl are similar no matter what their race or background. Silki's mind is full of the same fears and her heart feels the same hurts.

I know I will read the sequel and thanks Jodi.