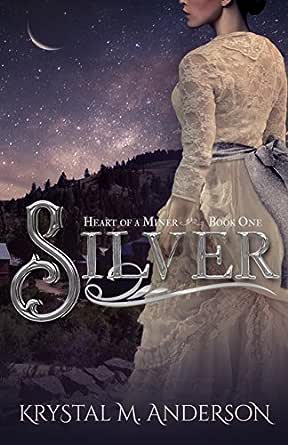 You've subscribed to Heart of a Miner! We will preorder your items within 24 hours of when they become available. When new books are released, we'll charge your default payment method for the lowest price available during the pre-order period.
Update your device or payment method, cancel individual pre-orders or your subscription at
Your Memberships & Subscriptions
There was an error. We were unable to process your subscription due to an error. Please refresh and try again. 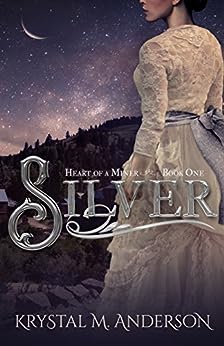 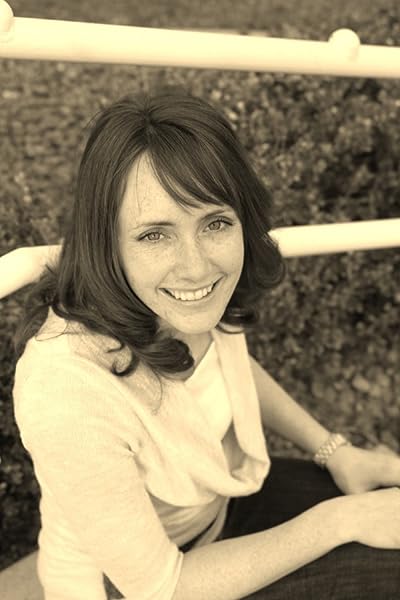 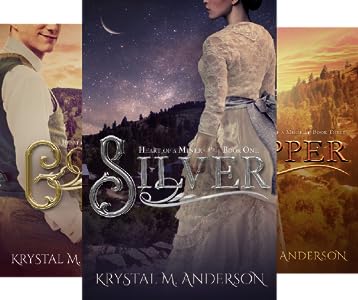 4.5 out of 5 stars
4.5 out of 5
28 customer ratings
How does Amazon calculate star ratings?
Amazon calculates a product’s star ratings based on a machine learned model instead of a raw data average. The model takes into account factors including the age of a rating, whether the ratings are from verified purchasers, and factors that establish reviewer trustworthiness.
Top Reviews

Redrabbitt
TOP 500 REVIEWER
5.0 out of 5 stars HONESTY—INTEGRITY—AND DUTY
Reviewed in the United States on November 17, 2018
Verified Purchase
What an adventurous tale of family, fortune, greed, and new beginnings. The story is the first in the Heart of a Miner series and was a page-turner. I liked the characters and their interaction. The two main characters, Clara Early and Hal Horner are both living lives with heartache and disappointment. One is running for their life; the other is escaping their past. What happens when they are on the same stagecoach that takes them to Silver City? Hal is searching for a treasure and finds one better than silver or gold.

Clara Early lost her mother during childbirth, and her father was murdered for his wealth. Being a wise man he had a will and left his fortune to his only child, Clara, that she can access upon her eighteenth birthday which is fast approaching. Clara has lived with her Aunt and cousin since the death of her father, but now trouble has shown up with demands and threats.

Harold “Hal” Horner was the second son, one who idealized his older brother, Mark. When Mark dies, Hal is lost in his family’s grief, with a father who drinks heavily and berates him, and a mother who is in depression. Even trying to appease his parents, going to law school and getting a degree doesn’t matter, so he leaves Philadelphia and travels to Idaho and starts mining, eventually buying his own mine.

The plot will have Clara and Hal on the same stagecoach traveling to Silver City, Idaho. Clara is fleeing for her life from her evil uncle, and Hal has purchased a silver mine, seeking treasures. Two people with a troubled past, trying to start over. Clara is lucky to find work at the hotel, with room and board and stays busy, enjoying her job and the people she works with. Hal must find a team of men that are willing to work and help him get the mine producing.

What happens when Hal finds a wanted posted with Clara’s picture? He knows she is hiding something, but he can’t just ask her. Hal is dealing with issues with his own family. The story will take on two people learning to confide and trust each other with problems. The more time that Clara and Hal spend together, they both realize they have developed strong feelings. But Hal is away working the mine and only comes to Silver City when bringing ore and picking up supplies.

“Pull up your socks, Hal. You trust her—she’s just obviously knee-deep in some kind of muck.”

Hal lets Clara see the wanted poster, and she will confide in him about her uncle, how her aunt and cousin told her to leave and not even write. She knows how slippery Lester is, and that he is coming for her, wanting her inheritance. Will Hal be able to keep her safe? Can he get past his family issues and finally acknowledge his love for her?

“It’s past time I move on with my life and prioritize what truly makes a life worth living.”

The story will take on a life and death situation and show how far a man is willing to go for a woman he loves. The story is a clean historical western, including action, and adventure, that ends on a happily ever after.
Read more
3 people found this helpful
Helpful
Comment Report abuse

Sherrie Haynes
5.0 out of 5 stars This was as true to life of any a pioneering spirit.
Reviewed in the United States on December 15, 2019
Verified Purchase
To be so young and on the run at time when life was so rough on the pioneering trails of America and a 17 year old girl too! I love how everything did work for her good, but the dangers she was always aware lurked about never knowing when her outlaw uncle might show up didn’t make her end an easy or safe one to get to. Love the adventure and the love story. Could be a lifetime historical movie only they aren’t as in-depth. This isn’t sappy. The story and characters are written with clean moral compass.
Read more
One person found this helpful
Helpful
Comment Report abuse

read free books
4.0 out of 5 stars Silver
Reviewed in the United States on July 12, 2020
Verified Purchase
You can tell the author did historical research and that makes the story real. Loved the location and its history. I took the time to look up the towns involved. Never did quite understand Hal’s issues. Had some real surprises near the end.
Read more
Helpful
Comment Report abuse

Cy
5.0 out of 5 stars Escape
Reviewed in the United States on April 20, 2020
Verified Purchase
When you are orphan and your uncle comes back after missing for 4 years, life gets complicated. Finding out he wants your money and you must run for your life and give up the life you knew. Exciting until the end. Wonderfully written!
Read more
Helpful
Comment Report abuse

Jake
5.0 out of 5 stars Transport back to the mining days!
Reviewed in the United States on January 18, 2019
Verified Purchase
Wow this was a great read! Easy to follow and fun to see the now ghost town in its prime. It really paints a picture of what miners had to go through. It has a great love story in it that is natural and fun to follow. I loved seeing how different communication was back then. I can't wait for book number two!
Read more
One person found this helpful
Helpful
Comment Report abuse

Catherine Fritts
4.0 out of 5 stars Silver HosM
Reviewed in the United States on March 24, 2020
Verified Purchase
Somewhat slow in the first half, however the information presented there came together at the end. Lovely story line of true love and the life style of the time period. Nicely done. Thank you.
Read more
Helpful
Comment Report abuse

Bobbi Snyder
5.0 out of 5 stars Wonderful book
Reviewed in the United States on March 19, 2020
Verified Purchase
I loved everything about this book. The story kept me from putting it down. I finished it in one day. I look forward to reading more of her books.
Read more
Helpful
Comment Report abuse

becky bowen
5.0 out of 5 stars Good
Reviewed in the United States on April 9, 2020
Verified Purchase
Wonderful story about a strong woman and the love she finds. Starting on second book now can't stop reading this series
Read more
Helpful
Comment Report abuse
See all reviews from the United States