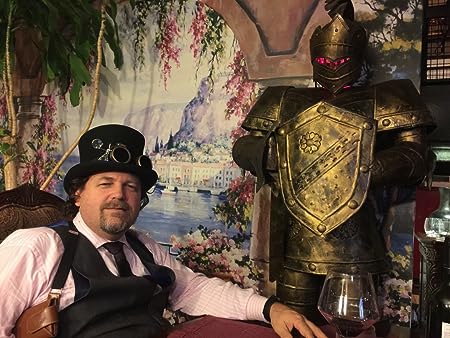 Simon Mills is a versatile and passionate writer. In addition, he is also a skilled and successful entrepreneur with over thirty years of business experience. Born in Perth Western Australia in 1967 he studied at the Conservatorium of Music in New South Wales and went on to become a piano tuner - restorer, tour with many successful rock bands and to co-host a radio show called Friday Live which became nationally syndicated. Mills founded London Music Group ("LMG") with business partner Wazza Bray in 1990 and grew that company to the number one commercial music production house in the country, winning award after award and culminating in the world's best jingle award. In 2005, with several successful startups completed, Simon moved from Australia to New York City with his wife and three children. Simon grew LMG digital Media in the US to attract customers as significant as Hyatt, AIG, BBDO, CBS, Starbucks, Pepsi, The Economist, and many more.

As a writer, Simon's current focus is on books for children. Mostly because he still considers himself one. 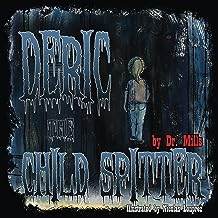 Deric the Child Spitter: Who lives in the dark May 7, 2016
by Simon Mills, Nicolas Lonprez
( 1 )
$9.99
The true story of young Gracie Mills and her childhood nemesis Deric the Child Spitter. Originally introduced as a deterrent to keep her from going under the house, Deric soon became real, at least to Gracie. Deric still visits the now grown up Gracie, even if only in her dreams. Or nightmares.
Read more
Other Formats: Paperback 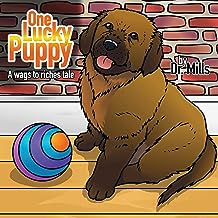 One Lucky Puppy: A wags to riches tale May 5, 2016
by Simon Mills
( 1 )
$1.99
The remarkable true story of a puppy named Teddy who escaped death no less than three times at the hand of bad people but was rescued by a loving family and now lives grandly in a Manhattan, penthouse apartment. This wags to riches tale is a heart warming adventure which once again proves that every dog has his day. Especially One Lucky Puppy.
Read more
Other Formats: Paperback 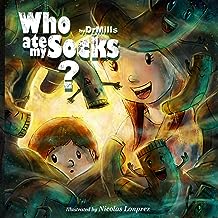 Who Ate My Socks?: A mystery of the ages Apr 23, 2016
by Simon Mills, Nicolas Lonprez
( 1 )
$8.88
As a child, when you are particularly attached to your socks and their whereabouts it can be very distressing when one sock strays from the flock. Where do they go? Do they go there forever? Who Ate My Socks addresses this age old question as our young protagonist navigates his way through the horror of where his socks are escaping to or who or what they are being eaten by.
Read more
Other Formats: Paperback 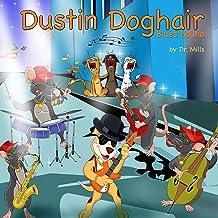 Dustin Doghair Apr 23, 2016
by Simon Mills
$8.88
Sonically sensitive Dustin, a guitar playing blues hound, wakes one morning to a disturbing sound. This sparks an adventure filled journey which takes Dustin down some dark and dusty paths to meet some down and dirty characters. He's a hound on the wrong side of town.
Read more 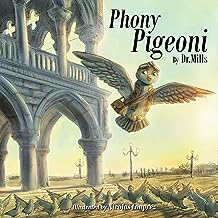 Phony Pigeoni Apr 23, 2016
by Simon Mills, Nicolas Lonprez
( 2 )
$7.77
Pigeoni, an Italian born pigeon from St Mark's Square, Venice is a big talker. He tells tall tales of his world wide adventures to the other birds but nobirdy seems to believe him. Eventually the other birds call him out and expose him for the phony that he is.
Or is he?
Read more
Other Formats: Paperback , Mass Market Paperback 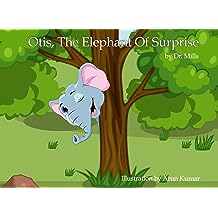 Otis, the Elephant Of Surprise Feb 20, 2016
by Simon Mills
( 3 )
$9.99
Otis has unique abilities. Or so he thinks. Otis likes to hide behind objects far smaller than himself but by closing he eyes he thinks that nobody can see him. After being ridiculed by his herd and even his own father, Otis heads out on a journey of discover but what he discovers is that sometimes, belief in yourself is all you need to change everything.
Read more
Other Formats: Paperback 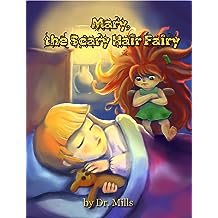 Mary, the Scary Hair Fairy: Sleep with one eye open. Feb 16, 2016
by Simon Mills, Nahn Duc
( 2 )
$8.88
Mary The Scary Hair Fairy explains the confusing phenomenon of waking up with "scary hair". Children go to sleep with perfectly neat, combed and happy hair only to wake up to a knotty, tangled mess. There is really only one explanation, a mischievous fairy named Mary, sneaks in to their bedroom at night and blasts them with her "scary hair" fingers. You're welcome.
Read more
Other Formats: Paperback