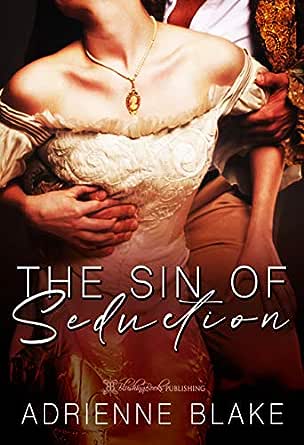 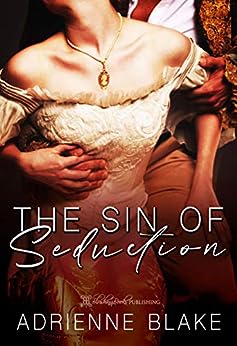 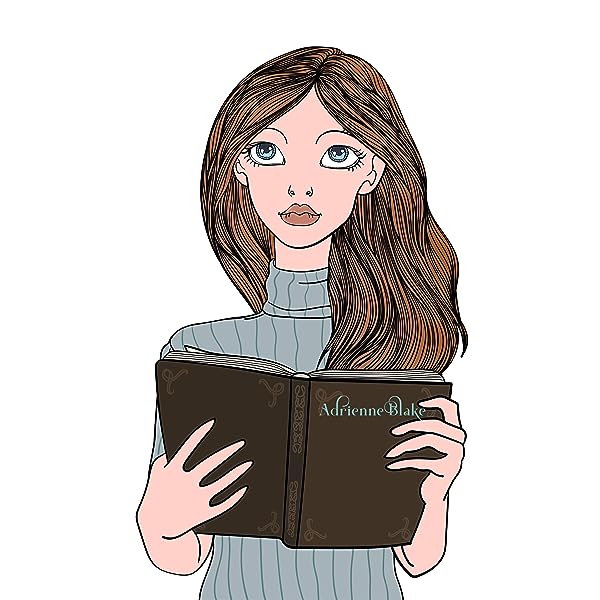 The Sin of Seduction Kindle Edition

Redrabbitt
TOP 500 REVIEWER
5.0 out of 5 stars AS HE GOT MORE POWERFUL, HE BECAME GREEDIER AND SOMEHOW LOST HIS WAY
Reviewed in the United States on June 24, 2020
Publisher’s Note: This is a rerelease of the book previously titled The Cardinal’s Whore.

I found this to be a fascinating story based on historical facts around King Henry, his reign, his wives, and mistresses, along with certain people in his court. Thomas Wolsey, a man of God under the Catholic faith, serves the King, and steadily gains positions, with more power and wealth. By chance, he sees Joan Larke, sister to Tom Larke, and he wants her and is determined to have her. There can be no marriage, but he promises her his love, a home, and care for any children.

“The Lord works in mysterious ways, my dear. And who are we to interfere?”

Joan Larke was an innocent woman, hoping for a decent marriage, and was in a way a pawn used by Thomas Wolsey and her own brother Tom Larke. She is a bit impetuous, and her loose lips, hasty judgment, and rash decisions lead to the demise of her brother and place others in grave danger.

The plot of the story is told with artistic creativity based on actual historical facts recorded during the reign of Henry the Eighth, and those surrounding him. Lust, love, desire, greed, power, control, and deceit all play critical roles in this story. Wolsey is a charismatic man, has the ear of the King, and in reality, he does hold allegiance with England, the Crown, and the Catholic church.

Even right before Wolsey’s death, he stated, “I see the matter against me how it is framed. But if I had served God as diligently as I have done the King, he would not have given me over in my gray hairs.” Thomas Wolsey let his own greed become his downfall, it ruined his love affair with Joan, taking on several other lovers, and eventually his battle with Anne Boleyn.

CathyLynn
4.0 out of 5 stars Great story
Reviewed in the United States on June 29, 2020
I have to say this a great book and the last half was very exciting. The love between Wolsey and Joan was heart felt at the beginning and heart wrenching at the end. The sadness that greed brought to all involved was very sad. The ruthlessness of Wolsey was astonishing. I felt empathy for the characters and the story had me engaged and wanting to see how it played out in this story. I would read more byAdrienne Blake.

TS
5.0 out of 5 stars I loved it!
Reviewed in the United States on June 30, 2020
Entertaining read with loads of drama, suspense and intrigue. The story takes place during the Tudor Court where Joan is thrust into this dark world and is used as a pawn by her own brother and Wolsey. Secrets and information and the cash in this court and hopefully Joan has enough to keep her safe from harm. Fast-paced read with loads of twists and turns, great characters and an entertaining story. I was hooked from beginning to end. I loved it.
Read more
One person found this helpful
Helpful
Comment Report abuse

Marilyn Smith
VINE VOICE
4.0 out of 5 stars A medieval tale of love and betrayal!
Reviewed in the United States on June 30, 2020
This is a story of love and betrayal. This storyline has a young woman being used by her brother and a man she loved. This story has historical references as well as betrayal. It has intrigue, suspense and twists as you read this story. It was characters that are developed and and will pull you into this story!

blingsupreme
5.0 out of 5 stars greed, betrayal and more
Reviewed in the United States on June 30, 2020
I enjoyed ths dark medieval romance with great characters, a little romance, lust, greed and betrayal. She was a young virgin and her brother gave her to Thomas Wolsy who was a Catholic who was moving up in King Henry's court. It was interesting to read about Henry's wives and all the intrigue, but it was sad at all the betrayal. I voluntarily reviewed an advance reader copy from Booksprout.
Read more
One person found this helpful
Helpful
Comment Report abuse

LBry2602
2.0 out of 5 stars 2 Not So Hot Stars
Reviewed in the United States on July 1, 2020
t's not often that I read other reviews and think to myself "Did we read the same book?" This book is loosely based on Henry VIII's Tudor Court and specifically Thomas Wolsey and his long term relationship with his mistress Joan Larke. This book is too long, too drawn out, and was a challenge to complete. I think the author tried to describe the intrigues that were rampant in the Tudor court, but fell short for me. I felt the se* was gratuitous, the drama boring, and just left me feeling cheated. Not So Hot
I received a free copy of this book via Booksprout and am voluntarily leaving a review.
Read more
Helpful
Comment Report abuse

Good2cu
5.0 out of 5 stars Great story
Reviewed in the United States on July 1, 2020
This is the story of Joan who becomes a pawn and player in the Tudor court of Henry VIII. When Tom Wolsey sees Joan, he falls in love and is determined to have her. I enjoyed this fascinating journey through the intrigues and desires of those at court as we follow Joan and her story. I received an arc of this book and am voluntarily leaving a review.
Read more
One person found this helpful
Helpful
Comment Report abuse

Dee
4.0 out of 5 stars Good
Reviewed in the United States on July 2, 2020
I thought this story was good. It had plenty of intrigue and drama. There was betrayal which was heartbreaking because I wanted her to be loved without someone using her. The review is based off my opinion which is diminished because this is a similar if not the same story which I read previously under a different title. That was not indicated prior to reading so I was surprised and disappointed by the omission.