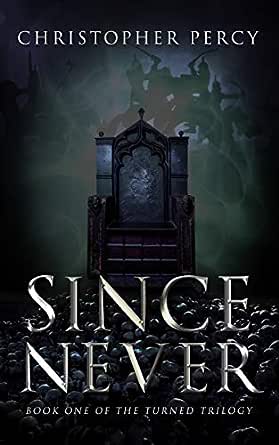 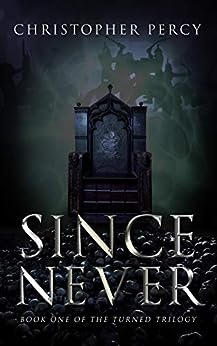 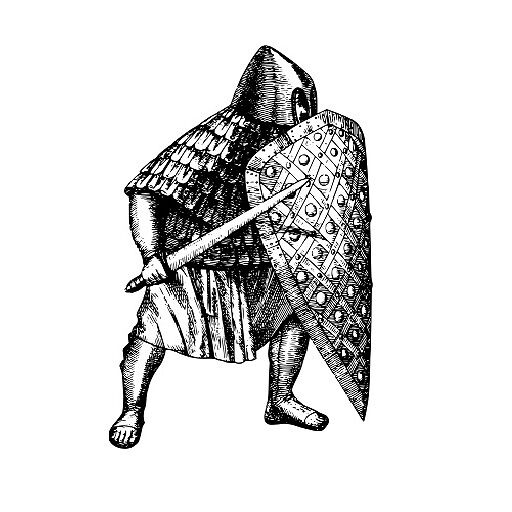 A sweet-hearted monster, a mysterious demon, and a self-preserving thief make up the trio of heroes. A strange combination perhaps, but a deadly and effective one. Despite the necessary brutality that comes with their line of work(aka staying alive while on the run), the characters are each oddly endearing in their own way. The story immerses you into the world immediately, and is difficult to put down.

Lots and lots of blood, guts, and uniquely distorted enemies try to thwart our heroes at every turn. Will they be victorious at the end? There is some language and a few lustful moments. But overall, this is one fascinating tale!Rachel - Voracious Readers Only

Since Never: The Turned Trilogy, Book 1 is a medieval fantasy epic by Christopher Percy. The story opens with Flendin the Blade, a king of Never's underworld. With him travels Smidgen, a hulking monster with a heart of pure gold, and Bent, who is as mysterious as they come, draped in impenetrable black. On their tail is the Golem of the South, sent from Kakkakin to retrieve the precious cargo Flendin carries. As they pass through villages and small towns on their way off the continent, they encounter many dangerous foes. The Golem has an evil talent that allows him to create evil creatures from those that he has killed. Flendin has always looked out for himself and he's as selfish as any thief, but traveling with his two monster friends challenges everything he thought he knew.

Since Never is a worthy first installment to the Turned fantasy trilogy. This is a dark fantasy set in an amazing fantastical world. Christopher Percy's style of writing is very immersive and, from the beginning, the reader wants to know the secret contents of Flendin's bag, which was a great shock to me at the end of the book. There is lots of gore as our heroes must kill many Turned sent to kill them, not to mention Smidgen's habit of swallowing people whole. In spite of his habit, he turned out to be my most favorite character in this story. This book doesn't have the usual mold of heroes, but anti-heroes. I don't think I'll ever judge a book by its cover again after reading this great story.Reviewed by Maureen Dangarembizi for Readers' Favorite
If Tarantino wrote fantasy. UK Amazon CustomerI read this in a rush. Very well written. It takes place in dystopian fantasy world. The story is as much about people finding goodness within themselves as it is about fighting off hordes of monsters.
A lot of stuff here is truly original.
Well worth the pennies.

Christopher Percy is an English author of the published dark fantasy novel Dark of Winter and its origins short stories and Since Never, Book One of the Turned Trilogy.

He is currently working on the follow up to Since Never, Time Tells, book two of the Turned trilogy and a new stand alone book, Wolf in the Womb. True to Percy form both will be extremely dark and violent and may even feature some naked boobies. Something for the dads eh!

It is Christopher's mission statement to keep his books simple, imaginative, entertaining and as bloat free as possible. Personally he hasn't got time to invest in some of these doorstop sized tomes. Dark fantasy is serious but you're a tourist when you read, you don't really live there and don't need pages and pages of superfluous information. Like so many authors Christopher took it upon himself to write the books he wanted to read and he can only hope there are like minded people out there who crave fantasy books in a generous 'normal' size, that you don't have to invest months to appreciate the depths. In short Christopher cuts to the quick but there will always be layers for the most stubborn of tourists to appreciate. :-)

Christopher lives on the South Coast of England. He has a full time job and writes in his spare time. He can be found on Twitter @DarkofWinterbk, or loitering on Facebook and Instagram @ChristopherPercyAuthor.

2.7 out of 5 stars
2.7 out of 5
3 global ratings
How are ratings calculated?
To calculate the overall star rating and percentage breakdown by star, we don’t use a simple average. Instead, our system considers things like how recent a review is and if the reviewer bought the item on Amazon. It also analyzes reviews to verify trustworthiness.
Top reviews

Kindle Customer
5.0 out of 5 stars If Tarantino wrote fantasy.
Reviewed in the United Kingdom on June 25, 2020
Verified Purchase
I read this in a rush. Very well written. It takes place in dystopian fantasy world. The story is as much about people finding goodness within themselves as it is about fighting off hordes of monsters.
A lot of stuff here is truly original.
Well worth the pennies.
Read more
One person found this helpful
Report abuse

C. Black
1.0 out of 5 stars Avoid this book
Reviewed in Canada on August 19, 2020
Verified Purchase
This has to be the absolute worst book I've read in my life. No character development, the same things happening over and over and over again. Unappealing main characters.
Read more
Report abuse
See all reviews