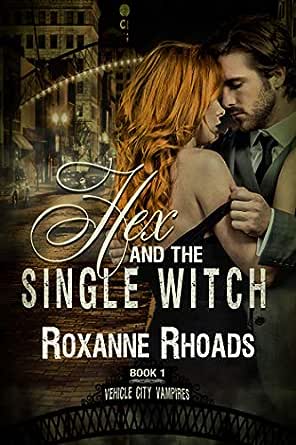 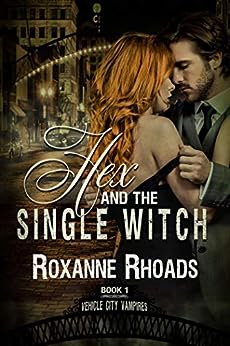 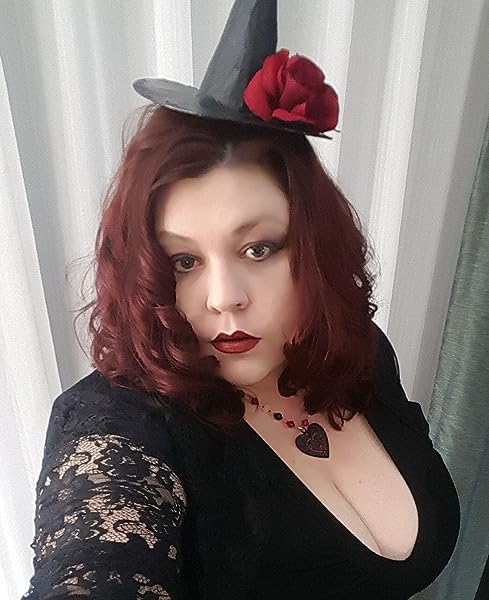 Story strumpet, tome loving tart, eccentric night owl...these words describe book publicist and erotic romance author Roxanne Rhoads. When not fulfilling one the many roles being a wife and mother of three require, Roxanne's world revolves around words...reading them, writing them, editing them, and talking about them. In addition to writing her own stories she loves to read, promote and review what others write. Roxanne is the owner of Bewitching Book Tours and operates Fang-tastic Books, a book blog dedicated to paranormal and urban fantasy books. When not reading, writing, or promoting Roxanne loves to hang out with her family, craft, garden and search for unique vintage finds. --This text refers to the paperback edition.

3.9 out of 5 stars
3.9 out of 5
58 global ratings
How are ratings calculated?
To calculate the overall star rating and percentage breakdown by star, we don’t use a simple average. Instead, our system considers things like how recent a review is and if the reviewer bought the item on Amazon. It also analyzes reviews to verify trustworthiness.
Top reviews

Emily
4.0 out of 5 stars Full of intriguing characters who you want to know more about.
Reviewed in the United States on April 23, 2018
Verified Purchase
Anwyn Rose is a witch, not a gifted witch as her previous ancestors but a witch that does have one use to see the last minutes of a victims life. This gift has her working as a detective for the Preternatural Investigation Team. Her newest assignment with Detective Mike Malone has the makings of a rogue vampire. Her crush is Galen, a vampire and all leads are pointing to him. Will the killer turn out the man she wants?

I found myself at odds on who I want Anwyn with, I really liked the cockiness of Mike but Galen had a mysterious quality to him. Quirky hero and I liked how the author wrote this, you can visualize everything. Full of intriguing characters who you want to know more about.

Sunflower14
4.0 out of 5 stars Fun setting, great characters, Flint!
Reviewed in the United States on April 14, 2020
Verified Purchase
I am not normally one to pursue paranormal romance or erotica, and this book has plenty of both, so if you are shy or squeamish about sex, heads up. However, at the risk of sounding like the person who reads Playboy for the articles, there is a really cool story and setting here in between all the really intense sex. Flint is a mixed, paranormal community with mundane and magickal law enforcement trying to keep the peace between both. I'm only giving four stars because I feel like there were paragraphs and bits of dialogue here and there that could have used a little more editing; repeated phrases or repetitive narrative without any emotional linkage.

Red Wolf
4.0 out of 5 stars Good story, great characters
Reviewed in the United States on June 10, 2013
Verified Purchase
This book has great characters and a compelling story line. I liked the heroine, a sexy young witch working as a consultant to a special unit on the Flint, MI police force. The supporting cast, including two hunky love interests, one a vampire suspected as a serial killer and the other her detective boss, are interesting. The sexual tension in the first part of the book is both alluring and comical, as both males contend for the heroine's sexual favors. Both the main story line and the back story, which promises to continue with a sequel, are well conceived, as is the paranormal world Ms. Rhoads has created.
The book was a fun read in spite of some glaring weaknesses in the author's writing. It was well-paced, with plenty of action and lots of sex (almost too much, if that's possible). There was a lack of subtlety in how the author revealed some of the back story, and she had a tendency to repeat herself, sometimes in the same paragraph. The main character at times fell into ruminations that could last an entire chapter, and the use of punctuation seemed completely random and confusing at times, with periods in the middle of a sentence and commas used at the wrong times which completely changed to intended meaning of the sentences. I think all those shortcomings could have been overcome with a little editing, but the author seems to have skipped that process.
Overall, I really enjoyed the book. It was a lot of fun, and I hope there is a sequel available soon. I rated it four stars out of five.
Read more
2 people found this helpful
Helpful
Report abuse

sarah brown
4.0 out of 5 stars Hex And The Single Witch
Reviewed in the United States on October 12, 2012
Verified Purchase
What first drew me to this book was the cover, it's gorgeous and had me wanting to read it without even knowing what the book was about, but after reading the synopsis I was sold and definitely wanted to give this book a go.
And I absolutely loved it, and I'm excited that it's part of a series and that we get to read even more about Anwyn, Mike and Galen and their world.
Anwyn is a witch who's powers aren't exactly much to talk about although she does have the power of knowing, the ability to know things and be able to 'see' people's last moments on earth, she uses her abilities while working as a Detective for the Preternatural Investigation Team (P.I.T Crew).
She is partnered with Mike Malone, gorgeous with the tendency to spout sexual innuendos whenever in Anwyn's prescence, in their town of Flint there has been a string of murders involving a vampire who is sucking the blood/life out of women while in the moment of passion, and Anwyn who usually can see these things has been blocked, she can experience all of the victim's last moments but can never see the murderers face.
In amongst all that is Anwyn's attraction to Galen a vampire. who has had a very tortured past which affects his life now, and the burgeoning relationship with Anwyn, whilst she is also attracted to Mike and ends up torn between the two.
I loved all of the different paranormals featured in this story it's not just limited to one or two, and it adds a bit more to the world that this story inhabits.
Anwyn is such a strong heroine who stands up for herself and for what she believes in, and the two potential suitors who are after her, YUM!
I loved everything about this book and really can't wait for the next instalment.
Read more
One person found this helpful
Helpful
Report abuse
See all reviews

Sarahj
3.0 out of 5 stars Not sure about this one...
Reviewed in the United Kingdom on March 5, 2013
Verified Purchase
Usually my kind of book, but I found this one, well I'm not sure.

A 'love' triangle, that sees the main character hop from one bed to another, whilst in the same breath, she says "I'm not at kind of girl" - well clearly you are !!!

The actually story is good, however it was all over in the blink of an eye; almost to neatly done considering what had happened previously.

All in all, a good story, but not sure if I'll bother with the rest.
Read more
Report abuse

Amazon Customer
3.0 out of 5 stars Good Read
Reviewed in the United Kingdom on March 19, 2013
Verified Purchase
Started reading this, but couldn't really get into it straight away.
It is a strange, but interesting storyline.
Would not personally recommend, but I am sure there are others who would enjoy it.
Read more
Report abuse

deedee
5.0 out of 5 stars LOVE IT!!
Reviewed in Canada on May 3, 2013
Verified Purchase
Love this book! I couldnt out put it down for the life of me!!! Cant wait for the next one =D
Read more
Report abuse
See all reviews