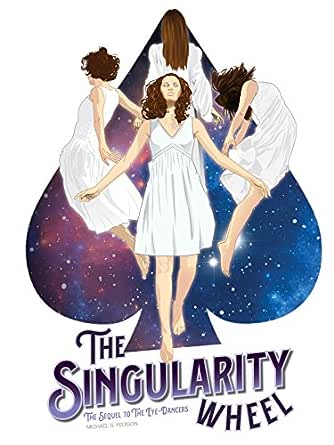 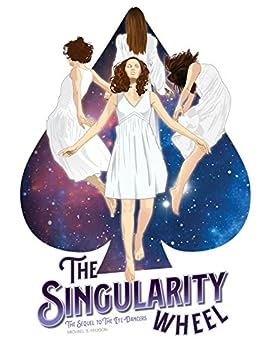 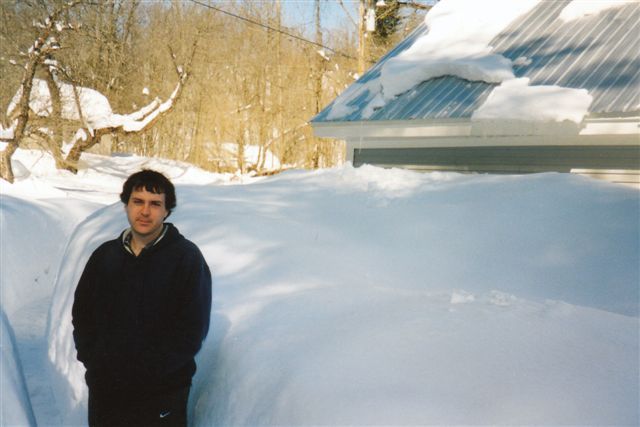 Michael S. Fedison was born in Rochester, New York, and now lives with his wife, Sarah, and regal cat, Luke, in the green hills of central Vermont. Michael has been writing creatively for as long as he can remember, and has had short fiction published in several literary magazines, including "Iconoclast" and "The Written Word." He has several "day jobs," including working as a technical writer, a professional writing tutor, and as a freelance proofreader and copy editor for a variety of book publishers. Michael has been a lover of imaginative stories his entire life. He enjoys any story that takes you by the hand, lifts you up, and transports you to another place, a new and creative way of looking at the world around us. --This text refers to the paperback edition.

4.1 out of 5 stars
4.1 out of 5
11 customer ratings
How does Amazon calculate star ratings?
Amazon calculates a product’s star ratings based on a machine learned model instead of a raw data average. The model takes into account factors including the age of a rating, whether the ratings are from verified purchasers, and factors that establish reviewer trustworthiness.
Top reviews

Jack B. Rochester
4.0 out of 5 stars Doesn't Measure Up to "The Eye-Dancers"
Reviewed in the United States on June 30, 2018
Verified Purchase
There's an old saw about the definition of mixed emotions: watching your mother-in-law drive your brand-new Corvette convertible off a cliff. It sums up my mixed feelings about "The Singularity Wheel," feelings which were crystal clear after I read Michael Fedison's prior novel, "The Eye-Dancers" but now, in this second novel, were not.

Both the first and the follow-up stories concern the same characters, separated in time by four (or so) years but still in their teens, which puts these works squarely in the YA genre. I read that the author spent those same length of time crafting "Singularity," and it shows. He's a fine wordsmith and substantial writer. The work itself is nearly flawless and error-free (one rather looming exception: he doesn't capitalize Corvette - yep, that one).

Fedison spends the first third of the book – far too long - characterizing the four boys and their lives. I grew itchy for the story to get going. In any event, they're a rather motley crew and I sometimes wondered why they all remained friends, especially with Joe, who's a crude, coarse bully (and likely because of that the most developed character of the four). For all that, I felt the other three were rather undifferentiated and often found myself pondering which was whom and had to stop to refresh my memory about him. They were never as fully developed as the fist-slinging Joe. Most of all, though, I wanted the story to get going.

Monica Tisdale, throughout, remains (intentionally) a cypher, albeit an interesting and powerful one. (There is no romantic interest between her and the four boys.) She struggles against forces she can barely understand or cope with (as I'm sure is a common problem with teens of either gender) and apparently has no one else to turn to but the four lads from a parallel world who haven't a clue how to help her.

So the author has set himself a mighty task in trying to knit a story out of this situation, and diverges from the mission in a number of ways which tend to, in my most humble and apologetic opinion, drag on and on, unnecessarily lengthening the novel.

This is the most interesting and contradictory issue for me: Fedison is such a good writer that he crafts a narrative style that’s just too good for the story genre. Think Albert Einstein writing a detective novel or a bodice-ripping romance. A story of grave psychic (psychotic?) danger and alternate-reality, time-travel, adventure out to be written in crackling prose. IMO, Fedison ought to be writing much more sophisticated subject matter. And did I mention it’s just too darned long?

There are interesting ideas at play in this novel, such as the multiple dimensions of realities sandwiched one upon another and the non-Kurtzweil “Singularity,” but they just lie there, waiting to be explored, while Fedison watches his Corvette fly off the cliff. I wish I could say it was a sequel worth the time it took to read, but for me it wasn't. I read it all, beginning to end, but just kept wishing it was as good as "The Eye-Dancers."
Read more
Helpful
Comment Report abuse

L.C.
5.0 out of 5 stars Parallel worlds and teenage angst collide
Reviewed in the United States on September 2, 2018
Verified Purchase
Teenage angst, family issues, heartbreak and friendship on a collision course… in a parallel world! These are the underlying issues YA author, Michael S. Fedison has written in his latest Sci Fi novel and sequel The Singularity Wheel.
Five years have passed since Michell, Marc, Joe and Ryan, now eighteen-year-olds, were pulled from their universe and swept into a parallel world that resembles a Leave it to Beaver trope. The teenagers, were drawn together in The Eye Dancers at the tender age of twelve, and became unwitting and unwilling heroes rescuing a five-year-old girl from kidnappers.
In The Singularity Wheel, the four boys have been contacted by twelve-year-old Monica, the same girl who was abducted in the first book. She is in trouble, again, and calls upon them to help her restore her memory and physical self before she is lost to the universe. This time her powers are stronger and she can communicate with them while they're conscious. In The Eye Dancers, Monica could only reach out to them through their dreams.
The story does take a bit of time to get into the action and for the story to unfold, but it does gain impetus when the characters arrive in the alternative world. It is a clever union of time travel, teenage angst, familial issues and mental health. By the way, the ‘void’ is quite the scary place!
It is evident the author has done his research into time travel and the space-time continuum. It is well written, and though it is aimed for a YA audience, fans Sci Fi and time travel will enjoy reading this story.
Read more
Helpful
Comment Report abuse

Kathryn Green
5.0 out of 5 stars The Singularity Queen
Reviewed in the United States on March 14, 2018
Verified Purchase
I read the first book, The Eye Dancers, when it first came out and absolutely loved it! I was one of the first people to probably bug the stew out of Michael Fedison to write a Book 2 and make it a short series. The non stop, fast paced, adventure has everything you’d want in a good book. The characters are well developed to the point of showing not only weaknesses & insecurities but their strengths and growth made throughout their experience. If you enjoy a fast paced mystery with a good deal of paranormal activities, I think you’ll really enjoy this book as well as a Book 1. Needless to say, these are young adult mysteries, but something that touches on many young adult issues, such as personal, insecurities, dating, trying to fit in with the crowd they feel to be the most desired, future dreams, learning to compromise their parental expectations and their own personal reflections of self and how those issues will affect their futures and contentment. I am sending them to my granddaughter to enjoy. They will make the perfect gift.
Read more
Helpful
Comment Report abuse

Enemsee Reader
5.0 out of 5 stars The saga continues
Reviewed in the United States on February 21, 2018
Verified Purchase
Having immensely enjoyed Michael Fedison's The Eye-Dancers when it came out some years back, it was with immense excitement that I greeted the news of a sequel. The Eye-Dancers, with its memorable characters and Marvel Comics-inspired science fiction escapades, was a blast. It's been a long time since it was released, and a lot has changed in the world, but Fedison's sequel, The Singularity Wheel, has finally arrived: surely enough, it takes everything that made the Eye-Dancers great, and amplifies it to the next level.

I don't want to delve too deeply into the plot details, to avoid spoilers, but the secret ingredient that makes this story work is the friendship between the four boys: Mitchell Brant, Marc Kuslanski, Joe Marma, and Ryan Swinton. The characters are realistic, likable, and flawed, but always driven by good intentions. The science fiction is grounded, interesting, and serves to flesh out the deeper meaning that underpins the story.

As with the Eye-Dancers, The Singularity Wheel is clearly a labor of love: every page is dripping with the effort, research, and heart that Fedison has poured into this work. You can see just how much he loves these characters, and this universe (or, well, multiple universes!), and if you dive into the book, you'll fall in love with them too. Highly recommended for all readers.
Read more
Helpful
Comment Report abuse
See all reviews from the United States