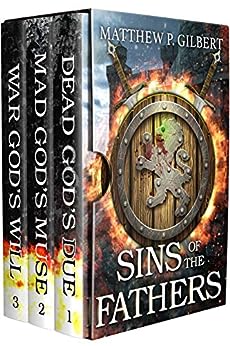 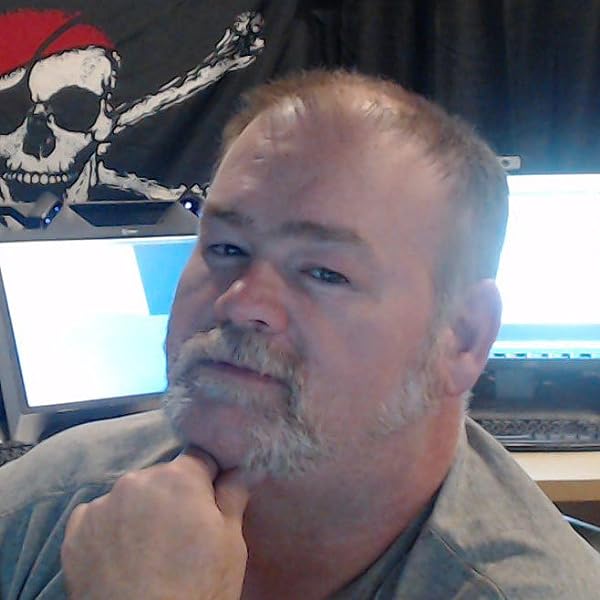 Then read this — a breath of quality fresh air in a sadly-overcrowded genre full of mediocrity.

An original world, an interesting take on magic, and characters that most definitely do not have things go well for them. No deus ex machina here!

Remember... adventure is a word meaning someone else, someplace exotic, having a terrible time.
Read more
10 people found this helpful
Helpful
Report abuse

Knut 2650
1.0 out of 5 stars An exercise in drugery
Reviewed in the United States on April 17, 2020
Verified Purchase
I normally dont write reviews, but since I paid for these books and slogged through to the end, I thought I save someone else the trouble.
First of all it appears someone received a THESAURUS for Christmas. What a bunch of pretentious verbiage. "see anyone can do it"
The characters were uninteresting, and unlikable. There was no defined protagonist or villain. Every character was surly and boring. Characters were introduced or eliminated without reason, and didnt advance or help plot progression.
Save yourself some time and tedium. Skip this read.
Read more
4 people found this helpful
Helpful
Report abuse

P. Garde
3.0 out of 5 stars Will not finish this series!
Reviewed in the United States on April 15, 2020
Verified Purchase
Sadly. these books has been a chore to get thru.. Forced myself to finish the first book with no interest at all in the characters or the story line. Writing this a few weeks after putting it down... I can't even remember well what this was all about. However since I just finished another great trilogy (The Song of the Ash Tree, by T L Greylock), I realized how I missed a really good story. So yeah.. this trilogy gets a solid... Meehh.. rating
Read more
3 people found this helpful
Helpful
Report abuse

Mitch Mckillip
3.0 out of 5 stars Just giving up on book 3.
Reviewed in the United States on May 11, 2021
Verified Purchase
This story started off in a hole, and just never seemed to climb out. The prologue just throws a bunch of stuff at you and I double checked to make sure I hadn't missed a book. There's just too much stuff going on. Then chapter 1 the main character is introduced and he's okay, kind of boring, but clearly the scene is just being set. Chapter 2 introduces an obnoxious group of people. They're supposed to be rough and tough types, but this far in the book I'm just not a huge fan of any of it.

Finally, the story settles in and starts to get good. By the end of book 1 I'm actually pretty invested in what's going on. I like the idea that the supposedly weak country is run by a group of powerful sorcerers who aren't interested in the monotony of governance and would rather let a puppet empress take care of that.

But book 2 is just so tedious. One character after another is brought more into focus and you can't remember who they are or what the people they are plotting against stand for. None of them are particularly likeable or interesting so they all start to blend. There's a whole second story, introduced in book 1 of Ahkmed, that never goes anywhere. And the original storyline that ended book 1 is just pushed into the background and there's almost no progression in it.

I'm just starting book 3 and I'm just not invested at all. Listening to it on Audible, and finally bumped it up to 1.3x speed to try to get to an interesting part and finally giving it up because I'm not retaining anything anymore. I hope Elgar(not sure of the spelling because I have it on Audible) gets defeated, but I won't be there for it. I'm giving it a 3 because the narrator is really good, and another point because I think there's something interesting there, it's just too tedious for me to get there.
Read more
Helpful
Report abuse

Amazon Customer
4.0 out of 5 stars dark epic
Reviewed in the United States on March 12, 2020
Verified Purchase
endlessly feuding, secretive sorcerers. Individuals touched by the Gods. A decadent, cruel, cowardly Empress who makes one catastrophic decision after another. These elements and more combine in a sort of grand mess.
Read more
3 people found this helpful
Helpful
Report abuse

Carle
5.0 out of 5 stars Strange and fun.
Reviewed in the United States on February 14, 2020
Verified Purchase
Three of the most unusual books that I have read. The story centers around a group of sorcerers. Their lives and the world and intrigue around them. It's a bumpy ride, with lots of switch backs so hang on and don't get over condidant knowing what's what. Because if you do you may regret it...
Read more
3 people found this helpful
Helpful
Report abuse

david maynard
5.0 out of 5 stars Outstanding
Reviewed in the United States on April 10, 2020
Verified Purchase
I only have so much time to devote to reading. This series took it all and then some. I didn't want to put it down and couldn't wait to get back to it. I'm only sorry that it is over because it will be hard to find another book that is this enjoyable. The people are fascinating. The story line takes you up and down but continues to build to the end.
Read more
One person found this helpful
Helpful
Report abuse

Lea
5.0 out of 5 stars This trilogy earned me a speeding ticket
Reviewed in the United States on July 1, 2020
Verified Purchase
I have listened to the audiobook version while commuting, and it was The most entertaining month of my working life.
The books are great. The characters are alive, you can understand their motives and actions. The dialogue is clever and funny, the world believable. Some scenes have enough tension and suspense to make you forget you're driving in a small town way above the speed limit (10/10 would do again). Also, I couldn't guess the ending, not even at 90% of the whole trilogy, which is rare for me.
My only minor problem was that the timeline isn't always linear which can make some events confusing if you're only listening and have no way to go back and check some facts.
All in all, it's a solid 5 stars and I'll hunt down any other books from this author.
Read more
Helpful
Report abuse
See all reviews