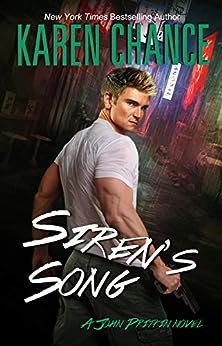 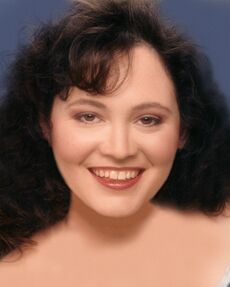 4.6 out of 5 stars
4.6 out of 5
242 global ratings
How are ratings calculated?
To calculate the overall star rating and percentage breakdown by star, we don’t use a simple average. Instead, our system considers things like how recent a review is and if the reviewer bought the item on Amazon. It also analyzes reviews to verify trustworthiness.
Top reviews

Sparkles
5.0 out of 5 stars Lots of action
Reviewed in the United States on September 14, 2019
Verified Purchase
I really enjoyed this book. It was a fun interweaving of the Dory and Cassie series in a very unique atmosphere. This story is told from the perspective of Mage Pritkin from the Cassie series. It gives readers of the series insight into what motivates Pritkin as well as taking us though an action packed adventure. The fact that Ms. Chance highlighted supporting characters from both series in addition to sending in Dory (the main character from her Dory series), to make an appearance added to the overall enjoyment. There were one or two editing mistakes but it didn’t distract from the story. Overall I loved the book. It has something for longtime fans of both series as well as readers unfamiliar with either.
Read more
17 people found this helpful
Helpful
Report abuse

Charlene
3.0 out of 5 stars Not the best Karen Chance offering
Reviewed in the United States on October 16, 2019
Verified Purchase
I love Karen Chance's universe, but Pritkin is always unflappable and overpowered. Reading him flying by the seat of his pants through a single battle that lasts an entire book isn't her best story. It feels inconsistent with the Pritkin in the Cassie novels.
Also, the editing of this book isn't impeccable as her stories usually are. There are several misused words that just snag the attention from the action to the words.
I'm starting to wonder if Karen Chance can write a strong and competent main character. All the Cassie books have her floundering with the unflappable Pritkin at her side. Now we have Pritkin floundering with none of the strong traits that Cassie sees. I'm beginning to think that writing any scene without battle or exhaustion is beyond her.

Eileen
5.0 out of 5 stars Enlightened & superb
Reviewed in the United States on September 16, 2019
Verified Purchase
Simply must read! This is the other half to dragons claw and is such a great story! It gives a closer look at Pritkin and his life before and gives some much appreciated insight into the things to come and to what he’s been dealing with. I waited for this for some time and it is more then worth the wait! Chance does it again and as usual has outdone herself! Action humor adventure this has it all!
Read more
9 people found this helpful
Helpful
Report abuse

ga9
5.0 out of 5 stars Great Pritkin Story
Reviewed in the United States on October 4, 2019
Verified Purchase
This was a fantastic Pritkin tale. It's the companion piece to the Dory story "Dragon's Claw", which if you have not read, you should go do so. It was very cool to get the Pritkin side of things and hear things from his perspective. I would definitely read more stories about him. Hell, I'd be delighted if Ms. Chance were to do the entire Cassie series all over again, except from his point of view this time.
I've read a few reviews recently where the authors complained that either Cassie or Dory spend most of their stories trying to get some food while constantly being interrupted. I would just like to let everyone know that no meals were harmed in this book.
Read more
5 people found this helpful
Helpful
Report abuse

DMK
5.0 out of 5 stars A wild ride and great insight into John Pritkin's character
Reviewed in the United States on September 16, 2019
Verified Purchase
Pritkin is hands down my favorite character aside from Cassie. I loved this book because it gave us a lot of background on him in the way of flashback memories. Karen Chance has a way of making the flashbacks work as part of the story, so the transition between past and present day wasn't jarring like it can be with other authors. Every flashback had relevance to the story that was being told as well. I don't know how she manages to weave such great stories, but she does! I loved it!
Read more
4 people found this helpful
Helpful
Report abuse

Sharmon Ewald
5.0 out of 5 stars Good experience
Reviewed in the United States on November 13, 2019
Verified Purchase
LOVE THIS AUTHOR. Series is so good. Great characters. Not a lot of boring spots ( always a good thing ) Can't wait for the next one. A have to check out. Hope you enjoy it as much as I did. ( DELIVERY OF BOOK ). It got to me as advertised. On time or a little before. Packed well and with care.
Read more
2 people found this helpful
Helpful
Report abuse

Bryson
5.0 out of 5 stars Another great story in this fantastic universe
Reviewed in the United States on September 18, 2019
Verified Purchase
Another great companion piece to the main series! Action packed and never a dull moment. I love when the author gives us these alternative POVs, with John being my favorite. I really enjoyed getting to see John work through the aftermath of recent events. Not to mention the real treat it was to have him paired up with Zheng. I’ll be going back to reread the Dory POV novella.
Read more
3 people found this helpful
Helpful
Report abuse

LandieS
5.0 out of 5 stars Pritkin pove
Reviewed in the United States on February 21, 2020
Verified Purchase
Great addition to the world of Karen Chances Cassie Palmer series, it's great to have a story from John's perspective, great story line, better action and sexy, sexy, sexy Pritkin to spice it all up! Can't ask for more 💖💋😍 Definitely a winner here. Go read it!
Read more
One person found this helpful
Helpful
Report abuse
See all reviews

Natari
5.0 out of 5 stars Great fun,great characters
Reviewed in the United Kingdom on September 15, 2019
Verified Purchase
A whole novel on ultimate book boyfriend John Pritkin? There is a goddess!

Karen Chance knows how to keep her readers entertained. As a different POV on the storyline we enjoyed in the Dorina short Shadows Claw this was a fantastic revisit to some exciting magical places hidden under our normal noses.

I fell in love with Pritkin as his character developed on the side next to the main hero in the Cassie Palmer Series and we've had a few teasers of his POV in some delightful short stories before. But this. This is wonderful. sirens song is everything I wanted it to be. And I think I fell harder in love with him.
Read more

5.0 out of 5 stars Great fun,great characters
Reviewed in the United Kingdom on September 15, 2019
A whole novel on ultimate book boyfriend John Pritkin? There is a goddess!

Karen Chance knows how to keep her readers entertained. As a different POV on the storyline we enjoyed in the Dorina short Shadows Claw this was a fantastic revisit to some exciting magical places hidden under our normal noses.

I fell in love with Pritkin as his character developed on the side next to the main hero in the Cassie Palmer Series and we've had a few teasers of his POV in some delightful short stories before. But this. This is wonderful. sirens song is everything I wanted it to be. And I think I fell harder in love with him.

kal
5.0 out of 5 stars John Pritkin at last
Reviewed in the United Kingdom on September 26, 2019
Verified Purchase
This book is a companion to Dragons Claw, a novella from the Dory book series. It stars John Pritkin war mage who usually appears in the Cassie series of books, following so far? Fans of both these series have been waiting a long time for this book and it does not disappoint.The action is full on as usual with flash backs and new twists to the plot that make you go What! I have only read this once so far and find with Karen Chances books that you need at least two goes to get all the details! If you are thinking of reading this book I would definitely recommend that you read the rest of the series first, there is a timeline on Karen Chances website that gives you the best order to read both the Cassie books and the Dory books .
This is another great instalment, can't wait for the next😊
Read more
9 people found this helpful
Report abuse

D A Cowan
5.0 out of 5 stars Epic!
Reviewed in the United Kingdom on September 24, 2019
Verified Purchase
I love the side stories as much as the main books. The plots are so deliciously complex that these asides not only flesh them out, they help to evolve other beloved main characters. You'll be emotionally invested in all of them. I recommend starting from the beginning of this incredible Universe. You won't regret it.
Read more
9 people found this helpful
Report abuse

Jon Doe
4.0 out of 5 stars Hong Kong goes splat?
Reviewed in the United Kingdom on November 13, 2019
Verified Purchase
In this book, we get Pritkin's perspective on the events that led to a devastating battle in supernatural Hong Kong. He's barely shaken off the effects of the Demon Council trying to kill him, stopped by Cassie Palmer travelling all the way back in time to sixth-century Wales to save him, when he gets dragged into a pitched battle he knows nothing about. He ends up taking on Angels, Demons, Vampires, Werewolves, Mages and Humans and trying to just survive is the best he can do for a long time. He crosses paths with Dorina/Dory, who nearly hands him his head before they realise they aren't enemies. He can't understand how Dorina can be so powerful until he discovers that, like him, she is a creature of mythology... But his main problem is that thousands of War Mages have been mind controlled and are not just besieging supernatural Hong Kong, they are trying to drop it onto the real one-potentially killing millions. He manages to take down a group and send them back to War Mage HQ, trying to find out what's happening-only the mind-controlled Mages unleash chaos and destruction in HQ when they come to. So he's on his own...Bar the help of a Master Vampire who would normally be trying to kill him. Suffice to say, in this case even Pritkin has his hands full, and to both survive and stop this he may have to do something he's refused to do for centuries-let his Demon out so he can use both it and his powers... If you like Karen Chances books, you'll love this.
Read more
3 people found this helpful
Report abuse

Reads alot:)
5.0 out of 5 stars Pritkin Rules
Reviewed in the United Kingdom on November 2, 2019
Verified Purchase
Frenetic pace, really, really good read - so wanting the next books immediately all the characters are amazing and Karen keeps adding more. Only negative is that it isn't available as an audio book yet.
Read more
Report abuse
See all reviews