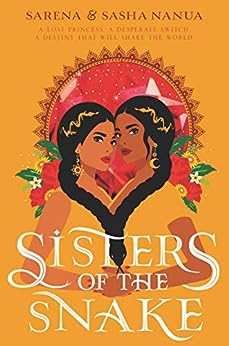 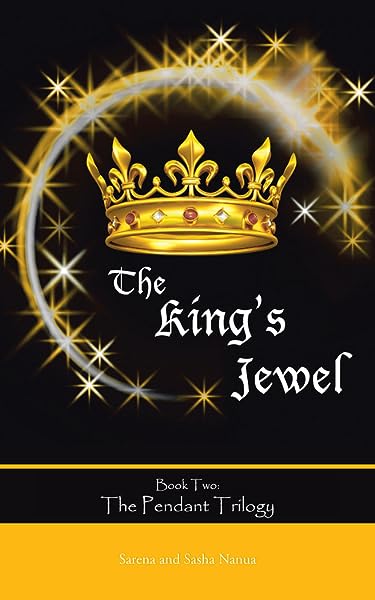 Sisters of the Snake Kindle Edition

Tags that will help you discover similar books. 7 tags
familyscience fiction & fantasyyoung adults fantasyretellingteen & young adultliterature & fictionsocial & family issues
Results for:
Page 1 of 1Start overPage 1 of 1
Previous page
Next page
Where do clickable book tags come from?
Book tags are created from a variety of sources, some of which are customer-generated. Amazon is not legally responsible for the accuracy of the tags represented. If you are an author or publisher and would like to remove a tag associated with your title, please contact your vendor manager or publisher support team.
Amazon Business: Make the most of your Amazon Business account with exclusive tools and savings. Login now

"A decadent and enthralling debut."

-- "Sona Charaipotra, author of Symptoms of a Heartbreak and the Tiny Pretty Things series" --This text refers to the audioCD edition.

Sarena Nanua & Sasha Nanua are twin sisters living in Ontario, Canada. Born on Diwali ten minutes apart from each other, they grew up loving stories about twins and magic, and began writing books together when they were nine years old. They are graduates of the English and professional writing programs at the University of Toronto and are also the authors of the Pendant trilogy. You can visit them online at www.sarenasashabooks.com.

Sarena Nanua & Sasha Nanua are twin sisters living in Ontario, Canada. Born on Diwali ten minutes apart from each other, they grew up loving stories about twins and magic, and began writing books together when they were nine years old. They are graduates of the English and professional writing programs at the University of Toronto and are also the authors of the Pendant trilogy. You can visit them online at www.sarenasashabooks.com.

Soneela Nankani, an Earphones Award-winning narrator, is a classically trained actress, voice-over artist, and singer who has had roles in film and on television. She has worked with the award-winning Sojourn Theatre, Classical Theatre of Harlem, the Oregon Shakespeare Festival, and the Kansas City Repertory Theatre.

4.4 out of 5 stars
4.4 out of 5
32 global ratings
How are ratings calculated?
To calculate the overall star rating and percentage breakdown by star, we don’t use a simple average. Instead, our system considers things like how recent a review is and if the reviewer bought the item on Amazon. It also analyzes reviews to verify trustworthiness.

John Rogers Clark IV
5.0 out of 5 stars Deftly crafted
Reviewed in the United States on July 1, 2021
Verified Purchase
A princess who's more like a prisoner, a girl from an orphanage surviving as a thief with the help of a friend. When their paths cross, they end up trading places, only to discover that their connection is so much more than either could have imagined. Both must scramble to fool the boy closest to the other while learning how their magic works, how to impersonate each other, and how to avert a terrible war. Following their paths, told in alternating chapters, makes for an extremely satisfying story. The ending left me with a strong sense that more of the tale is coming in s sequel and that would be great.
Read more
Helpful
Report abuse

ihartbooks
5.0 out of 5 stars Wonderful Read
Reviewed in the United States on August 28, 2021
Verified Purchase
I love this Indian inspired princess swap/Prince and the Pauper. Ria and Rani have their own strengths and unfortunately they feel trapped in their own path, seeing that the grass is greener on the other side. The magic system unique and intricate, as is the world building. This book is a cultural experience in itself with descriptions of the food (yum) and Diwali festival. Highly recommend!
Read more
Helpful
Report abuse

Ladydulaney
5.0 out of 5 stars Magical twins
Reviewed in the United States on July 2, 2021
Verified Purchase
This book is amazing! The magic while scary(because snakes) is very imaginative and fun. I enjoyed the differences while enjoying the similarities of the sisters. I felt there were no lulls and if you like Magic, mystery and romance, this is a MUST read!!
Read more
Helpful
Report abuse

the captain
2.0 out of 5 stars Okay Fantasy
Reviewed in the United States on June 27, 2021
Thanks to NetGalley & HarperCollins Children's Books for the early copy. Sadly, I had to DNF this at 30%. My rating is 3.25 but again, I didn't finish the book, so it's perfectly fine to ignore my review since it's not covering the entire book!

Sisters of the Snake follow two girls who lead very different lives and would love to escape their individual pressures, even just for a little bit. They run into each other and find out they're twins! They decide to keep up a charade where they switch lives and discover the truth about the kingdom they live in as well as how the other sister lives.

The descriptions of various things in the background are great! It's even better to get to read a YA fantasy book that's not so eurocentric.

The book really relies too much on YA tropes for it to be interesting to me in the long run. It's also hard to like anyone beyond the main protagonists since they're all pretty flat. I thought I would at least like the snake sidekick but the snake is pretty mean. :'(

Perhaps the magic system is more fleshed out later in the book but when I got into it, it wasn't really as expanded on as I would've liked. How come the other sister never 'bonded' with a snake, like her sister did? (Probably explained later on in the book) Snake magic is cool AF though.
Read more
2 people found this helpful
Helpful
Report abuse

The Biased Bibliophile
4.0 out of 5 stars Adventurous Fantasy About Twin Sisters
Reviewed in the United States on August 10, 2021
A debut fantasy novel about twins and written by twin authors? Count me in! I recently read an ARC of Sisters of the Snake by Sarena and Sasha Nanua from NetGalley. Not surprisingly the cover is what originally convinced me to pick up the book, and I’m sure glad I did!

Basically, the book follows Rani and Ria, twins who were separated at birth. One is the beloved and sheltered princess of Abai, while the other is forced to turn to thievery in order to survive. When the two meet, they jump at the chance to escape their problems and attempt to improve their lives, but they start to discover that the grass is not always greener on the other side. While trying to hide their true identities they ultimately realize that they must forge their own paths in life, but what will that look like?

This book had all the adventures and magic that make up a good fantasy novel, but it also had some aspects that make it stand out from other fantasy novels in my opinion. First of all, Sarena and Sasha explain in a note to the reader that they wanted to write a book about twins and incorporate aspects of Punjabi culture into the novel. I can honestly say that they more than accomplished this goal. Reading the novel not simply from two different perspectives, but specifically from twins’ perspectives really made it unique. It sharpened the contrasts between the main characters, but also showed how alike they were, despite living vastly different lives.

Similarly, the authors painted a vivid picture that gives readers a window into Punjabi culture. Although the book technically took place in a fictional world, the aspects of Punjabi culture that both authors included made the story feel extremely genuine and real. Adding on to that, the descriptions in the novel were so detailed and in depth, that a reader who is largely unfamiliar with Punjabi culture, is still able to grasp a stark image of the characters and their environment.

Additionally, I really enjoyed the theme of writing your own destiny, but my one criticism is that this concept could have been more uniformly present throughout the entirety of the novel. While I truly adored the idea that the characters were not doomed to live out a destiny that was set in stone, I also felt like there could have been clearer emphasis on this from the outset of the novel. Honestly this detail is really minor because there is not much to critique about this lovely novel in my opinion!

This book is perfect for all fantasy lovers, especially anyone wanting to read about diverse characters and cultures. The plot and character development unite to form a wonderful and riveting story that you certainly don’t want to miss out on!

Utopia State of Mind
4.0 out of 5 stars such an entertaining book about sisters and magic
Reviewed in the United States on June 18, 2021
(Disclaimer: I received this book from the publisher. This has not impacted my review which is unbiased and honest.)

Sisters of the Snake is one of those books where I was utterly entertained the whole way through. Sisters who discover each other, jewel heists, and magical powers that seem more like curses, Sisters of the Snake is packed with adventure. It's almost like if "The Parent Trap" met magical settings and high stakes kingdom defying odds. This dual POV story allows us to get to know Ria and Rani. To see how Rani learns how the gap between royalty and royal practices forms. Or for Ria to be confronted with opulence and luxury, only to realize what matters.

One of my favorite themes in Sisters of the Snake, and so many fantasy books, is that history and stories are all about who is telling them. Both Rani and Ria have to examine the stories they were told, the pieces of truth they see, and how they will shape the future. Rani's journey is one where she has to confront her own privilege, the life she has always lived. Ria has to figure out how to speak out and use the situations around her. Ria was my instant fave, mostly because I'm always going to be captivated by a thief.
Read more
Helpful
Report abuse
See all reviews