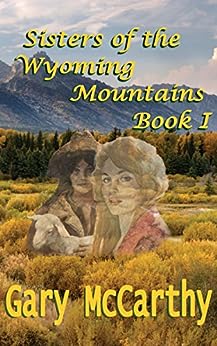 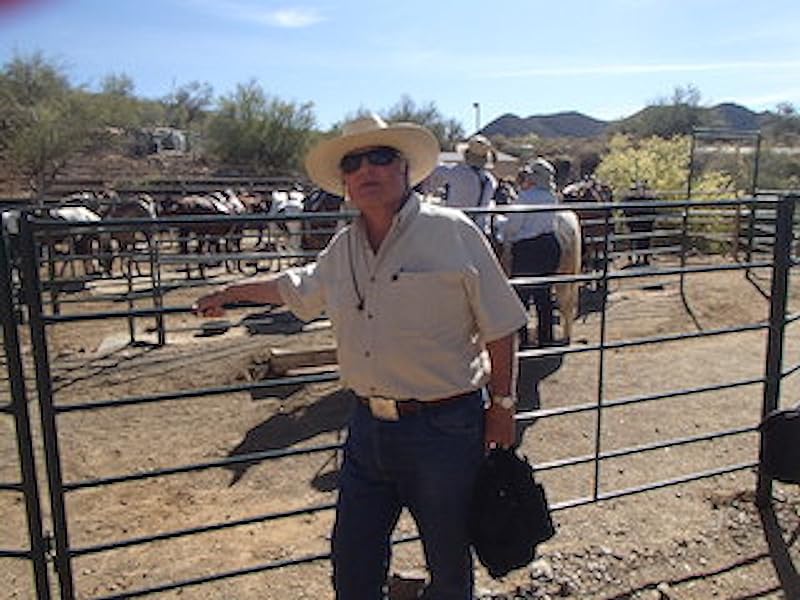 Sisters Of The Wyoming Mountains: Book I (Sisters of Wyoming 1) Kindle Edition

by Gary McCarthy (Author) Format: Kindle Edition
Book 1 of 2: Sisters of Wyoming
See all formats and editions
Sorry, there was a problem loading this page. Try again.
Two strong-willed sisters…barely holding on to their dreams despite suffering unimaginable hardships and the loss of their mother in the California Gold Fields and now pulling their sick father in a Mormon handcart ever higher into Utah’s the wild and dangerous Wasatch Mountains.

Rebecca…beauty is her curse but also her promise. A gifted healer, she will soon learn that in the American West a medicine woman is scorned by the all-male medical profession.

Katie…every bit as strong and defiant as her older sister and determined never to put her fate in the hands of any man, but instead to build a Wyoming sheep ranching empire in Wyoming’s magnificent Wind River Country.

Amos…a powerful polygamist whose hunger for power is eclipsed only by his lust for Rebecca. He vows to make her his fifth and most prized wife.

Bryce…handsome, dangerous and a man who has lost his first love to a powerful and ruthless polygamist and vows deadly revenge...until he meets Rebecca.

Captain Devlin Woodson II…a brilliant, dashing but tortured Army doctor whose battlefield decision cost sixty-three lives in the Civil War…and whose only purpose for living is to save that many soldiers at the lonely frontier outpost called Fort Bridger.

Washaki...greatest of the Shoshone chiefs, a man too wise to let his people die needlessly…he will win them the great Wind River Reservation…and keep it forever for his people.

Intertwined with the epic building of the Transcontinental Railroad the true story of the courageous Wyoming women who fought for woman’s suffrage and first won the right to vote, SISTERS of the WYOMING MOUNTAINS: Book I and its exciting sequel, SISTERS of the WYOMING PLAINS: Book II are never to be forgotten sagas written by multiple and national award-winning author, Gary McCarthy.
Read more
Previous page
Next page

Next 2 for you in this series See full series
Total Price: $5.98
Books In This Series (2 Books)
Complete Series
Sisters of Wyoming
Kindle Edition
Page 1 of 1Start OverPage 1 of 1
Previous page
Next page

I really don’t like sheep, but during two summer stints working on a Wyoming sheep and cattle ranch as a youth, I came to admire not only the shepherds, but their amazing sheep dogs. While being a cowboy can be considered glamorous, riding high over the range, free wind in your face…being a shepherd is quite a different story. You walk and hike and stumble trying not to get tripped up in badger holes or barbed wire or bitten by rattlesnakes. You eat dust and constantly itch from insect bites, stickers and greasy wool; the incessant bleating and general helplessness and stupidity of a flock can sometimes almost drive you crazy.

Having said all that, shepherds develop an enormous respect for their dogs who are every bit the equal in their loyalty and dedication to top working cow ponies. And on lonesome, windy, sagebrush-covered hills and under starry skies, you feel a tremendous sense of empowerment and responsibility to your dogs and your flock so you walk a little taller.

I really don’t like sheep, but I have a great and enduring admiration for the people and dogs who work in the sheep industry.

Dolores Ayotte
5.0 out of 5 stars Historical Fiction at its Best!
Reviewed in the United States 🇺🇸 on August 24, 2015
Verified Purchase
Sisters Of The Wyoming Mountains: Book I (Sisters of Wyoming 1) by Author Gary McCarthy

This is the first novel I have read and reviewed by talented Author Gary McCarthy and it definitely makes me want to read more in this series. "Sisters Of The Wyoming Mountains" is a captivating historical novel set in the 1800's around the time of the Gold Rush.

Sisters, Rebecca and Katie Prescott along with their parents and at the insistence of their father Micah, make the arduous trek to California in order to strike it rich in their hope to discover gold. Hardships and lack of good fortune haunt them and much to their distress, end up taking the life of their mother. With no money, no food and an injured father, they decide to try and make their way back home to Springfield.

As seventeen year old Rebecca and younger sister Katie face each and every challenge with as much positive energy as possible, Rebecca harbors resentment towards her father and secretly holds him responsible for the death of their mother. She silently blames him for the hardships they endure as they pull the old cart along the treacherous path with him on board. Exhausted, they make their way to a stagecoach stop where they encounter Bryce who has been shot. Once again, Rebecca runs on adrenaline as she now must proceed to Temple City, a Mormon establishment, to get the medical assistance that both her father and Bryce require. Little does she know that in order to receive help, she must agree to the strict rules and regulations of this Mormon community run by Amos Ludlow. She finds herself trapped in an unthinkable situation...

On the run, Rebecca finds herself at Fort Bridger under the tutelage of Captain Devlin Woodson, the army doctor. Her life then takes many unpredictable twists and turns as she tries to escape her past...

Will she ever see her sister Katie again? How did Amos Ludlow react to her disappearance? Will Rebecca ever find a sense of peace and the love of a husband? And will Brice return to Temple City or break Katie's heart? So many questions...and well worth reading this well-written fictional novel to get the answers. Very enjoyable book!

lreadaholic
5.0 out of 5 stars Sisters of the Wyoming Mountains
Reviewed in the United States 🇺🇸 on May 12, 2013
Verified Purchase
After thoroughly enjoying reading McCarthy's "Our American West" series, I thought I might venture into one of his historical western fiction novels, Sisters of Wyoming Mountains. Having never cared for the typical western novel, I was in for a big surprise with this truer than life tale of two young women experiencing life's hardships and triumphs in the mid/late 19th century. I was enlightened not only by the many historical landmarks of that era but by the magnitude which the author brought to life many social issues of the time, highlighting women's equality. This is quickly encountered when the oldest daughter is forced into a polygamist marriage by a zealot who had already been excommunicated by the Mormon Church. She then, after a harrowing escape to a much better life, is faced with other prejudices to thwart her dream of becoming a real doctor. Meanwhile her sister is fighting for her dream to become the biggest sheep rancher in Wyoming; tough for a man, but next to impossible for a women. This book is the perfect prelude to Book II, Sisters of the Wyoming Plains, where you feel like you are right there, in the middle of the difficult struggle for Women's suffrage in America.

fishermom
5.0 out of 5 stars Sisters of the Wyoming Mountains
Reviewed in the United States 🇺🇸 on October 26, 2015
Verified Purchase
One of the best historical fiction western novels I have read. This is the story of two strong willed sisters. The oldest is forced into a polygamous Mormon marriage and runs away to find dreams of becoming a doctor in a world against women in medicine. The youngest is persuing a dream of becoming a large sheep ranger in Wyoming. The author takes you through the struggles, heart aches, dreams, reality and joy of these sisters each persuing their dreams and the men in their lives. The author touches on the gold rush, polygamy and the mormon belief system, the struggle for women trying to become a doctor in a mens only world, the east-west railroad issues across the US and women's suffrage to name a few. The book is face paced, characters are well developed and believable. Lots of detail description. I highly recommend this book to anyone interested in historical fiction.
Read more
One person found this helpful
Helpful
Report abuse

Reader in Malone
3.0 out of 5 stars Great Story, but the editing part might confuse you a bit
Reviewed in the United States 🇺🇸 on November 20, 2015
Verified Purchase
I have to say that only the excellent storyline kept me reading. This definitely has EXCELLENT plot lines and great historical information.

However--PLEASE PLEASE PLEASE have someone edit this book so it is easier to read. To me, what needed to be fixed was basic editing. When speakers change, please change paragraphs. I had to read line after line over and over because I'd get confused as to who was speaking. When there is a time change or scene change, please show it somehow--with ***, or some type of squiggly line, a big space, or something!! All of a sudden I'd realize I wasn't still reading about the characters I was just reading about two lines previously.

Again, I was interested enough in the plot line to keep reading, but there were a few times I almost quit. If this book were edited so it was easy to read, I'd change my rating to five stars.
Read more
4 people found this helpful
Helpful
Report abuse

Kindle Customer
4.0 out of 5 stars The trials of Woman in the west .
Reviewed in the United States 🇺🇸 on April 12, 2017
Verified Purchase
Enjoyed this book. Having been born and raised in Wyoming I understand the draw of this State. This story is about the hardships faced by two sisters Rebecca and Katie, young but determined and strong willed. A journey from Nevada through Utah and to Wyoming. A time when women really had no rights to property, limited career choices etc. Yet these sisters find a way through hardships to survive, and thrive. They don't give up . Worth a read.
Read more
One person found this helpful
Helpful
Report abuse
See all reviews

chabrenas
5.0 out of 5 stars America's history
Reviewed in the United Kingdom 🇬🇧 on May 25, 2015
Verified Purchase
Superb storytelling. The first book in a saga about one part of the history of the United States that can stand proudly alongside The Grapes of Wrath or East of Eden
Read more
Report abuse