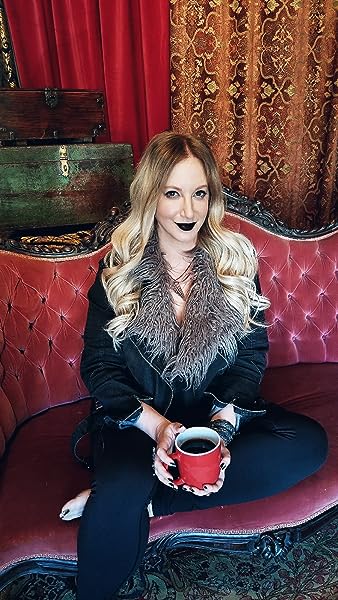 An Amazon Best Book of October 2015: Leigh Bardugo is a fascinating storyteller and in her latest book, Six of Crows, she’s stepped up her game even more. At the heart of the novel is Kaz Brekkar, a mysterious young man who has clawed his way to notoriety in a city fueled by corruption and greed. When Kaz is asked to perform an extremely dangerous heist in return for a staggering sum of money, he calls upon his most trusted compatriots to help. The story is told from multiple points of view and readers discover what led each character to Kaz in the first place, as well as his own shocking path. Six of Crows is a vivid, entertaining fantasy that boldly captures the imagination and leaves an impression well after the novel’s cliff-hanger ending. -- Seira Wilson

Gr 7 Up—Bardugo has created a wildly imaginative story of six young people who have been commissioned to pull off the greatest heist of all time. They are to nab the creator of jurda parem, a highly addictive product that enhances the innate paranormal powers of the Grisha peoples, in the hopes of creating weapons of war that will upset the balance of power and destroy the economies of rival governments. Kaz, the hero of the story and mastermind of the plot, recruits five others to aid in his quest for revenge for the loss of his brother and the promise of vast wealth. Taking what could have been stock characters of young adult fiction—the loner, the rebel, the outcast, and the con artist, the author has fashioned fully fleshed out, dynamic protagonists who will engage and enchant readers. What a thrill it is to return to the world she created with her popular "Grisha Trilogy" (Holt). While the unresolved ending may frustrate some teens, the promise of a sequel will give them hope that this unsettling, captivating, magical journey will continue.—Jane Henriksen Baird, Anchorage Public Library, AK

“This has all the right elements to keep readers enthralled: a cunning leader with a plan for every occasion, nigh-impossible odds, an entertainingly combative team of skilled misfits, a twisty plot, and a nerve-wracking cliffhanger.” ―Publishers Weekly, starred review (on Six of Crows)

“Cracking page-turner with a multi ethnic band of misfits with differing sexual orientations who satisfyingly, believably jell into a family.” ―Kirkus Reviews, starred review (on Six of Crows)

“Set in a world that will be familiar to fans of the author, this book can be fully enjoyed without having read any previous title. . . . This is an easy choice for teens who enjoyed The Grisha Trilogy, Diviners, or any of the Shadowhunter books.” ―VOYA, starred review (on Six of Crows)

“an exciting beginning to a new sequence from a fantasy author swiftly becoming a talent to watch.” ―The Horn Book (Six of Crows)

“Unlike anything I've ever read.” ―Veronica Roth (on Shadow and Bone)

“A heady blend of fantasy, romance, and adventure.” ―Rick Riordan (on Siege and Storm)

“Mesmerizing. . . . Bardugo's set up is shiver-inducing, of the delicious variety. This is what fantasy is for.” ―The New York Times Book Review (on Shadow and Bone)

“This is one book series you want to get hooked on.” ―Seventeen.com

“These books are the greatest things since Harry Potter AND sliced bread.” ―hellogiggles.com

“Filled with lush descriptions, intriguing magic, and plenty of twists, this memorable adventure offers action and intrigue mixed with an undercurrent of romance and danger.” ―Publishers Weekly (Shadow and Bone)

“Bardugo weaves a captivating spell with lushly descriptive writing, engaging characters, and an exotic, vivid world. Readers will wait impatiently for the next installment.” ―Booklist (Shadow and Bone)

“Readers will be rooting for this lonely, tough heroine as she navigates perils physical, magical, and emotional.” ―Bulletin of the Center for Children's Books (Shadow and Bone)

“A rich fantasy landscape, an inspired magical structure, and a gratifying emotional hook keep the pages whirring.” ―The Horn Book (Shadow and Bone)

“Scheming and action carry readers at a breathless pace . . . and will definitely leave them panting for the series' conclusion.” ―Kirkus Reviews (Siege and Storm)

“[Readers will be] tapping their feet impatiently for the concluding volume.” ―Booklist (Siege and Storm)

“Bardugo is a master at building an action-packed fantasy with extraordinary world-building and complete characters.” ―School Library Journal (Ruin and Rising)

Leigh Bardugo is the New York Times-bestselling author of Ninth House and the creator of the Grishaverse (coming soon to Netflix) which spans the Shadow and Bone trilogy, the Six of Crows duology, the King of Scars duology, The Language of Thorns, and The Lives of Saints― with more to come. Her short stories can be found in multiple anthologies, including Best American Science Fiction & Fantasy. Leigh grew up in Southern California and graduated from Yale University. These days she lives and writes in Los Angeles.
Read more

Page 1 of 1 Start overPage 1 of 1
Previous page
Next page
Pages with related products. See and discover other items: i survive, international criminal law, international trade, 10 off books, call to action, the dangerous games