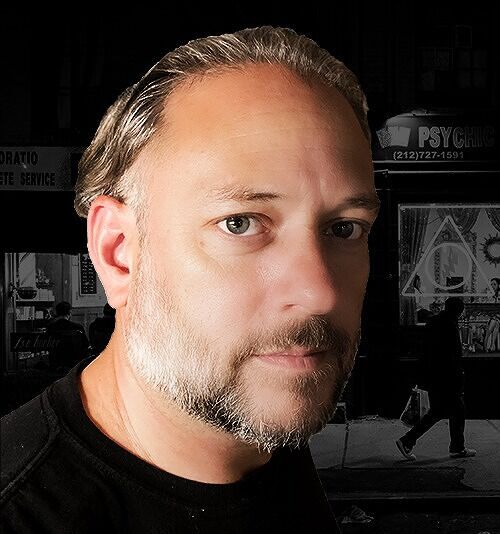 by Damian Vargas (Author)
4.2 out of 5 stars 386 ratings
See all formats and editions
Sorry, there was a problem loading this page. Try again.

A former MI6 senior field officer, now a private contractor to the underworld, heads to Spain to investigate the gangland slaying of an important client, only to discover the dead man was the father who abandoned her as a young child.

When an old-time British villain and his crew meet their end in a bloody shoot-out on the Costa del Sol, it's of little concern to most. After all, gangsters get killed. It's what happens in their line of work. Allegiances change. Men die. It's the way of things. However, when Mary Lawson a.k.a. 'The Accountant', a former MI6 agent turned independent contractor to the mob, is instructed by her shady bosses to investigate, things quickly get a lot more complicated. Hardened by her years in British military intelligence and ruthlessly professional, the woman who is no stranger to death and suffering, sets out to find who is responsible. However, on the 'Costa del Crime' with its regular influx of millions of tourists, a history of political corruption, and a diverse and thriving criminal underworld, nothing is ever simple.Six Hard Days in Andalusia is the first of Damian Vargas's 'Costa del Crime' action thrillers. Vargas constructs an enthralling and intricate plot, weaves in a cast of unique characters, and then places them in wonderfully visualised, real-world locations in southern Spain.Some highlights from recent reader reviews...- "Rollicking good fun with surprising depth".- "It’s incredibly well-plotted and quite extraordinary for a 1st book".- "This is a great novel, that moves quickly, surprises, entertains and is equally violent, humorous and tragic".- "Fans of Carl Hiaasen will find a lot to love here". - "Violent yet amusing, exciting with a warm heart". - "As close to unputdownable as real life allows". - "Perfect holiday reading".- "Much more riveting and original than a lot of action drama novels - people like Patterson can crack out the formulaic novels but takes a lot more skill and insight to produce a book with intense suspense, attention to detail and random bouts of (often dark) comedy - all present here in abundance. Recommended!"- "Great characters, compelling plot and well written".- "Hard to believe it's a first novel - as good and better than I've read from more established authors".- "The descriptions of the scenery and venues for the action were also vivid and evocative. All in all a great read and one that I struggled to put down".
Read more
Previous page
Next page

Damian Vargas is an emerging author of action thrillers with a vein of dark humor.

Damian is a self-exiled Brit, living and working in Spain on the Costa del Sol. A child of the 1970s and 1980s, he was brought up on an entertainment diet of intrepid adventure novels, gritty crime dramas, epic war stories, and low-budget British science fiction television.

Experiencing everyday life in southern Spain opened Damian’s eyes to the dark underworld that occurs (mostly) beyond the view of the annual influx of holidaymakers. These regular criminal goings-on’s, coupled with the rich tapestry of life and stunning locations on ‘The Costa del Crime’, sparked a deep desire to write dark and fast-paced action and thriller stories. Six Hard Days in Andalusia was the first of these and was followed by the prequel, Den Of Snakes. These were followed in August 2021 by his new historical suspense thriller, The Dark Place.

His motto is “Wisdom Comes To Those Who Stray”, he has a love for indie/punk rock in dank seedy venues, a fascination with the number 27, and harbors an intense dislike of spiders. He once met Mark Zuckerberg when he was barely even a billionaire, and David Hasselhoff, while dressed up as Ron Burgundy from the film, Anchorman. David was a tad confused by this.

Bobh618
4.0 out of 5 stars Drugs and Money and Corruption...Oh My!
Reviewed in the United States 🇺🇸 on September 11, 2021
Verified Purchase
This was the first novel that I've read from Damian Vargas. A little slow on grabbing my attention, but once it did, I had a hard time putting it down.
Read more
Helpful
Report abuse

Peter A. Jaskievic
5.0 out of 5 stars quite an enjoyable read
Reviewed in the United States 🇺🇸 on January 12, 2022
Verified Purchase
Quick paced and somewhat tongue in check. Reminded me a little of No Country For Old Men, but not as dark. Just as violent, but had dark humor.
Read more
One person found this helpful
Helpful
Report abuse

GERALD LAHR
5.0 out of 5 stars WHAT A HOOT !
Reviewed in the United States 🇺🇸 on September 12, 2021
Verified Purchase
THIS BOOK IS LIKE READING 3 OR 4 BOOKS IN ONE WITH ALL THE INTERMINGING STORY THREADS THAT ARE POPULATED WITH CRAZY ARCH TYPE CHARACTERS. HOWEVER, THE AUTHOR ADROITLY BRINGS THEM ALL TOGETER IN FIRERY FLASH. LOTS OF ACTION AND LAUGHS ! ENJOY
Read more
One person found this helpful
Helpful
Report abuse

JGS
5.0 out of 5 stars Spellbinding!
Reviewed in the United States 🇺🇸 on July 5, 2021
Verified Purchase
I could hardly wait to sit down and continue reading this spellbinding novel, with its unending surprises and plot twists.
The scenes are so well described that I felt I was right there in the midst of things.

Carolyn Kashady
5.0 out of 5 stars Fast paced
Reviewed in the United States 🇺🇸 on June 26, 2021
Verified Purchase
What a fast paced, twisted turn of events story. Reading as fast as I can to get to the finale. It does not disappoint
Read more
3 people found this helpful
Helpful
Report abuse

Igor Gakalo
4.0 out of 5 stars Perfect reading for my travel in Andalusia
Reviewed in the United States 🇺🇸 on May 1, 2018
Verified Purchase
It’s difficult not to like this book if you’ve been to the places it describes. I really enjoyed all the funny, adventurous and violent events that I was lucky to avoid myself :) I hope to read more of these
Read more
2 people found this helpful
Helpful
Report abuse

Rick Page
5.0 out of 5 stars Excellent debut
Reviewed in the United States 🇺🇸 on September 5, 2018
Verified Purchase
An excellent debut. A fast paced adventure with well fleshed out characters. One part Guy Richie British gangster movie and one part Tom Sharpe farce. The action is believable and the mounting misfortunes of Jack create a cumulative frustration in the way Tom Sharpe's "Wilt" did a generation ago. I think we can expect a movie from this - but let's hope Tom Cruise is not involved.
Read more
4 people found this helpful
Helpful
Report abuse
See all reviews

M - UK
5.0 out of 5 stars A Real Page Turner
Reviewed in the United Kingdom 🇬🇧 on September 30, 2021
Verified Purchase
I thoroughly enjoyed this book. It was hard to put down with its twists and turns. You never quite knew what would befall our hapless tourist next.
The story, despite being convoluted, was easy to follow - I often lose track of stories like this because the character names become confusing - this book made the main players identifiable and 'real'.
Having said all that, I can see some readers getting a third of the way through and thinking 'this is just plain silly!' - but stick with it, it's worth getting over the first few hurdles to enjoy the whole ride.
I'll be looking to get more by this author.
Read more
2 people found this helpful
Report abuse

Lagoon
5.0 out of 5 stars Dapper Dons and wicked cons.
Reviewed in the United Kingdom 🇬🇧 on April 10, 2020
Verified Purchase
If you associate Marbella and the surrounding area with drunken sunburnt tourists, lousy English breakfasts, African hawkers and criminals on the run, this book will do nothing to dissuade you of those notions. Featuring a wonderful cast of diverse characters and a solid storyline, Six hard days in Andalusia takes you on a big bus tour of Southern Spain but, be warned, this is more of an editor’s cut tour, where you see the sagging underbelly of this much maligned part of the world.

With a large nod to the criminal activity that takes place as a necessary part of day to day life as well as some absurd episodes that will, for many, bring back some of your worst holiday nightmares, the author manages to combine tales of ruthlessness with some preposterous shenanigans.

Many books are touted as an ideal holiday read. Few manage to achieve that whilst still being engaging, hard boiled and consistently entertaining.
Read more
2 people found this helpful
Report abuse

Eddy Van Swalm
5.0 out of 5 stars hard boiled
Reviewed in the United Kingdom 🇬🇧 on June 28, 2022
Verified Purchase
inreresting and unusual characters in a hardboiled crime story. I read this book while on holiday on the
Costa del Sol. I was living the crime scene so to speak. It is pretty brutal, so if you are more a 'colonel Mustard in the kitchen ' type of reader this isn' for you. In the book they mention the stringent Spanish
anti smoking laws. Well in practice, they don't work in the restaurants. I have eaten every day in the local
Chiringuitos, and i enjoyed my calamares and steak in clouds of not so fragrant tobacco smoke.
Nevertheless the book was smoking hot.
Read more
Report abuse

Mr S.
4.0 out of 5 stars Very violent, very silly, a right rollicking gangster romp!
Reviewed in the United Kingdom 🇬🇧 on March 30, 2022
Verified Purchase
If you're looking for a page-turning gangster romp with a heart, this is it. A thoroughly enjoyable read. A niggle - the domestic abuse in the background of one of the characters feels slightly glossed over/excused and probably should have been cut. But overall, it's fun, cleverly plotted and the characters are drawn with empathy and understanding. Recommend to anyone who's a fan of the genre and anyone holidaying in southern Spain - watch out for those gangsters!
Read more
One person found this helpful
Report abuse

Rob James
5.0 out of 5 stars Superb debut novel
Reviewed in the United Kingdom 🇬🇧 on May 8, 2018
Verified Purchase
This book took me about 3 days to read on and off and was a thoroughly good read. Someone said it's a bit like a Dan brown book, but it isn't imo. It's a bit more like a Tarantino film with plenty of action/violence and larger than life characters. What's really impressive is how the author has managed to get so many back stories and sub plots woven into the story without it being overly complicated to follow. There are several plot lines running through which all are very nicely tidied up in the last few chapters. Really enjoyed it and look forward to reading more.
Read more
3 people found this helpful
Report abuse
See all reviews