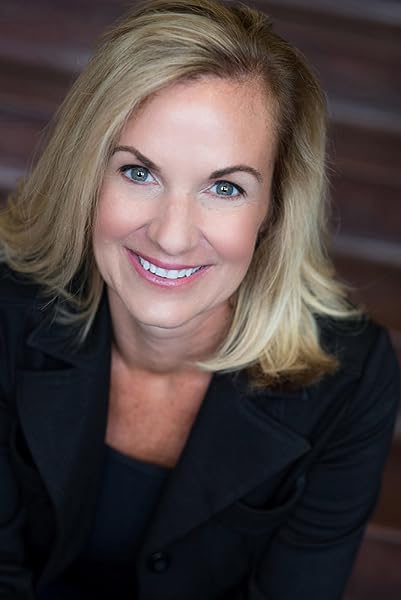 Deb Caletti’s first novel for teens was The Queen of Everything, was nominated for YALSA's Best Books for Young Adults, and was chosen for PSLA's Top Forty of 2003 and the International Reading Association's Young Adult Choices for 2004. Honey, Baby, Sweetheart, a National Book Award finalist, was Deb's second book for teens. Deb lives with her family part-time on acreage in Issaquah, a Seattle suburb, and part-time in the city on a houseboat. She steals her best lines from her mother, her kids, and the dog, who doesn't seem to mind. You can visit her at www.debcaletti.com.
Start reading on your Kindle in under a minute.

3.6 out of 5 stars
3.6 out of 5
26 customer ratings
How does Amazon calculate star ratings?
Amazon calculates a product’s star ratings based on a machine learned model instead of a raw data average. The model takes into account factors including the age of a rating, whether the ratings are from verified purchasers, and factors that establish reviewer trustworthiness.
Top Reviews

OpheliasOwn
VINE VOICE
4.0 out of 5 stars Six Rules of Can't Resist
Reviewed in the United States on June 29, 2010
Verified Purchase
There are some books that just simply surprise you, usually by being more than they seem. The Six Rules of Maybe, by Deb Caletti, had just that effect. There were times when it was a typical girl meets boy (who she isn't supposed to like) YA, but then there were times where this book was putting my innermost thoughts out there on paper!

Scarlet grew up in her older sister Juliet's shadow. Juliet was beautiful, always had boyfriends (bad boys, of course), and never worried about how her actions affected other people. Their mom worked hard to raise them, and their father left them long ago, leaving plenty of abandonment issues behind him. When Juliet comes home married and pregnant, Scarlet and her mother aren't surprised by the whirlwind situation, but are surprised Juliet chose to stick with the commitment of a baby and a husband.

Hayden and his dog Zeus may be unexpected additions to the house, but to Scarlet, they are incredible and surprising. Scarlet begins to have feelings for Hayden she knows are wrong, but she can't help. When she realizes Juliet is sneaking around with her ex-boyfriend, she is conflicted- she is furious that her sister would hurt Hayden, but elated because she is falling in love with him herself. But nothing is more forbidden than your sister's husband, no matter how perfect he is.

There are parts of this story that are like windows into a high schooler's soul. In particular, it is a glimpse into the soul of a pleaser. If you aren't a pleaser yourself, you definitely know one. She is that girl who can't reject even the most annoying guy for fear of hurting him. She is a weirdo magnet because she will never do anything that might make someone feel bad. She also never thinks about how this all affects her, because she is too worried about everyone else. She seems so strong, so impervious, but really? She is a mess. She questions everything she does, feels trapped, and can't stand up for herself. Scarlet is a piece of all of us we wish we could squash but know will always be there.

This book is interesting, but is more in Scarlet's head than anywhere else. There is little dialogue or action, but when there is some, it is well done. The insights are incredible, but I am afraid it might be lost on a punchy teenaged reader who just wants gratuitous entertainment. This is a brilliant story with beautiful writing, but might not capture the attention of many of my students. I wish it would teach them a little about themselves or the people they know, but the lessons might be too subtle. I think this book is more valuable for the teacher or mother who deals with adolescent girls than for the girls themselves. While Ophelia Speaks gave us a glimpse into the minds of real girls, The Six Rules of Maybe can do so with a fictional girl who seems so real, you will swear you know her.

Karen Keyte
5.0 out of 5 stars Wonderful and Moving
Reviewed in the United States on April 19, 2011
Verified Purchase
I have never agonized over a review the way I have over this one for The Six Rules of Maybe. It's not just that the book is extraordinarily good and I want to do it justice, it's how to to explain why this book is so good without giving too much away. This book is wonderful, that's the most important thing I want to say.

Scarlet Ellis believes she has a role in life. She has taken it upon herself to make life easier for others - to smooth over their problems and to help them get what they want. In the privacy of her own mind Scarlet might admit that her reasons for helping others are not always altruistic, but that doesn't change the fact that she spends more time worrying about other people than she does thinking about what she wants from life. That all changes when Scarlet's older sister Juliet comes home to stay.

Twenty-year-old Juliet has always been the center of their single mother's world. Talented and temperamental, Juliet is more than self-centered, she's often selfish. The last thing Scarlet ever expected was for Juliet to give up her job as a singer and move back home, especially since she's pregnant and newly married to Hayden Renfrew. As Scarlet gets to know Hayden, she realizes several things: Hayden is a nice person, just like Scarlet; Juliet doesn't love Hayden like she should; and most importantly, Scarlet wants Hayden for herself.

I have read several of Deb Caletti's novels and all of them have been wonderfully written, but the prose in The Six Rules of Maybe is so exquisitely lyrical it approaches poetry without seeming contrived or out of place. I would have a hard time coming up with any other Y.A. author who has a better command of her craft than Deb Caletti. Her way with words, her finely crafted characters and the profound truths that her stories delicately reveal put Caletti firmly in the very top tier of those writing for young adults. I immediately knew Scarlet because I once was Scarlet. The need to fix everyone's problems, the tendency to tell small lies - and the reasons for those behaviors - Ms. Caletti captures it all so perfectly. This novel spoke to me in a very personal way, but I would have loved it even if it hadn't. It's just that wonderful.
Read more
One person found this helpful
Helpful
Comment Report abuse

Connie I. Dernbach
3.0 out of 5 stars Liked the beginning
Reviewed in the United States on March 3, 2019
Verified Purchase
Liked the beginning of the book...middle was ok, ending was disappointing.
Read more
Helpful
Comment Report abuse

Reader Susan
5.0 out of 5 stars Deb Caletti is amazing
Reviewed in the United States on July 26, 2015
Verified Purchase
If you want to join a new group of people, sit at the table with them and live an alternate reality for awhile... Read this book. Pure. True. And filled with a belief in maybe....
Read more
Helpful
Comment Report abuse

Katybeth Jensen-Ruscitti
4.0 out of 5 stars The Six Rules Of Maybe
Reviewed in the United States on January 22, 2013
Verified Purchase
My favorite line in this whole book is “You can want one thing and have a secret wish for its opposite.” ―Deb Caletti, The Six Rules of Maybe. It was a good book...loved the style of writing a little more than the story which is why I gave it 4 stars.
Read more
Helpful
Comment Report abuse

Shayna Marks
3.0 out of 5 stars Three Stars
Reviewed in the United States on December 23, 2017
Verified Purchase
I like Caletti's characters and writing, however the story seemed to lose steam about halfway through.
Read more
Helpful
Comment Report abuse

Tammy Eron
5.0 out of 5 stars Five Stars
Reviewed in the United States on November 22, 2015
Verified Purchase
Gift for my daughter.
Read more
Helpful
Comment Report abuse
See all reviews from the United States

LedZep
1.0 out of 5 stars One Star
Reviewed in the United Kingdom on November 23, 2016
Verified Purchase
Seriously who is publishing all these crappy books?
Read more
Helpful
Sending feedback...
Thank you for your feedback.
Sorry, we failed to record your vote. Please try again
Report abuse