The Sixth Station: A Novel (Alessandra Russo Novels Book 1) and millions of other books are available for Amazon Kindle. Learn more
Share <Embed> 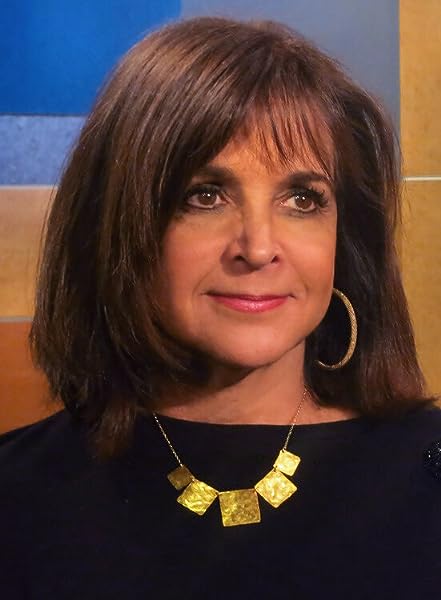 by Linda Stasi (Author)
3.9 out of 5 stars 170 ratings
Book 1 of 2: Alessandra Russo Novels
See all formats and editions
Sorry, there was a problem loading this page. Try again.
Read more Read less
Previous page
Next page

“A top five book of the year!” ―Providence Journal

“Linda Stasi crafts a tale combining Islam, Christianity, and National Security. If you like controversy with your suspense, The Sixth Station is for you.” ―Bill O'Reilly, anchor, Fox News Channel

“Mayhem, madness, passion, and pride battle in this wild escapade that stirs straight to the soul. This one has the Vatican, ancient secrets, mysterious relics, and the Knights Templar-- all the right elements to engage both the mind and the imagination. Careful, though, you'll be gripping the pages so tight your knuckles will turn white.” ―Steve Berry, New York Times bestselling author of The Templar Legacy

“The Sixth Station, Linda Stasi's debut novel, is a hell of a religious thriller. The Sixth Station has it all--great writing, exciting plot, and intriguing characters--and the ending is a shocker.” ―Nelson DeMille, New York Times bestselling author of Night Fall and The Gate House

“Stasi does an amazing job of mixing science with religious paranoia in this compelling thriller...Dan Brown and Steve Berry fans have another controversial novel in which to lose themselves.” ―Booklist

“It's a riveting, fast-paced tale that had my heart pounding on more than one occasion. That said, I was more interested in Ms. Stasi's real-world discoveries and how they affected her outlook on life.” ―Washington Times

“If you like Dan Brown, I think this book will be right up your alley . . . this is a fast paced thriller that will have you turning the pages quickly.” ―The Kari AnnAlysis

“The thrill of the mystery will suck readers in despite the unusual topic. The Sixth Station undeniably shows Statsi's ability to completely captivate her readers!” ―Lovey Dovey Books

“The best debut thriller of the year hands-down takes us into the heart of a mammoth global conspiracy through the eyes of intrepid reporter Alexandra Russo. Stasi, a reporter herself, has crafted an expertly researched and wondrously conceived tale that delivers at every level, propelling her right out of the box to a Ludlum-esque level and making her heir to the throne once occupied by the great Helen MacInnes.” ―Providence Sunday Journal, Top 5 Books of the Year List

LINDA STASI is a celebrated media personality, columnist and critic for The New York Post. She is also an onscreen cohost of NY1, Time Warner's 24/7 news channel, and has appeared on such programs as The O'Reilly Factor, The Today Show, The View, Chris Matthews, CBS Morning Show, and Good Day New York. An award-winning columnist, she is also the author of five nonfiction books. The Sixth Station is her first novel.

Start reading The Sixth Station: A Novel (Alessandra Russo Novels Book 1) on your Kindle in under a minute.

3.9 out of 5 stars
3.9 out of 5
170 global ratings
How are ratings calculated?
To calculate the overall star rating and percentage breakdown by star, we don’t use a simple average. Instead, our system considers things like how recent a review is and if the reviewer bought the item on Amazon. It also analyzes reviews to verify trustworthiness.
Top reviews

valerie88
5.0 out of 5 stars Really enjoyed!
Reviewed in the United States on August 2, 2019
Verified Purchase
I love Alessandra, with her granny panties and mascara and the Pan Band. Great story and I can’t wait to read the next one.
I think the coolest thing is that Alessandra was so real, even while in the middle of this extraordinary, almost fantasy situation. Sometimes when things were getting super weird she would do or say something silly and keep the story believable. Author does a great job of keeping the supernatural story grounded in reality.
Read more
Helpful
Report abuse

happy
5.0 out of 5 stars Non stop globe trotting action.
Reviewed in the United States on August 17, 2017
Verified Purchase
Wow!!!! What a story. I want to KNOW that Pantera survived. I read this straight through. I just could not put it down. This story was that good. Well written, characters that were complex. Globe trotting non stop action with history thrown in. And at a bargain price.
Read more
One person found this helpful
Helpful
Report abuse

John
5.0 out of 5 stars Very imaginative.
Reviewed in the United States on October 13, 2017
Verified Purchase
A clone of Jesus, an agnostic reporter, and a bunch oof fanatics walk into a bar. You have a modern day clone of Jesus going through a modern day crucifixion by the religions and powers to be. A wise ass reporter is the only one who can save him. What could go wrong.
Read more
Helpful
Report abuse

Paul Talmadge
3.0 out of 5 stars Important Questions Left Unanswered
Reviewed in the United States on April 2, 2013
Verified Purchase
The reader should research information on Cathars and not rely solely on the author's description. I would have liked the book better without all the New York street language, but I realize the principal character was a part of that culture. The author did not make clear the reason for the world wide chaos when the Jesus clone was on trial and killed and why it stopped. There is a huge and unexplained difference between the gentle teachings of the presumed Messiah and the major disasters which presumably had a connection to him. The book dealt with world-wide issues of major and profound dimensions but ended on a purely personal note focused on the life of the person whose story it was. For that reason the ending seemed weak. So, what difference did all this drama make in the lives of anyone other than the woman reporter?
Read more
2 people found this helpful
Helpful
Report abuse

A. Stokes
4.0 out of 5 stars Worth a look, Dan Brownish
Reviewed in the United States on February 2, 2013
Verified Purchase
The sixth station was a quick and delicious read. If you like the religious / historical thriller you will enjoy this. Strong concept and great use of history repeating itself. It was a creative and almost believable modern crucifixion of Jesus. If you like Dan Brown, you will like this. I will warn it is not as layered or rich, but still a very good read.
Read more
2 people found this helpful
Helpful
Report abuse

Patrick Suraci, Ph.D.
5.0 out of 5 stars Exciting read
Reviewed in the United States on February 21, 2018
Verified Purchase
Ms. Stasi plunges right into the action. Once you have recovered the narrative pulls you along with it. I recommend this book for anyone interested in. religious history
Read more
Helpful
Report abuse

Carole P. Roman
3.0 out of 5 stars Easy read
Reviewed in the United States on May 26, 2013
Verified Purchase
Fast paced, easy read, riding the coat tails of Dan Brown. It started out well enough, and got me interested, but fizzled out towards the end. Like a well made dinner, the dessert was predictable and a let down.
Read more
2 people found this helpful
Helpful
Report abuse

Wanda Fields
5.0 out of 5 stars An amazing journey!
Reviewed in the United States on February 24, 2013
Verified Purchase
At first glance, I thought this book to be another conspiracy mystery woven around the Templars. Even so, I looked forward to reading it. But it was so much more! From the first page, I was pulled into the story and the life of one, ordinary woman who in fact is anything but ordinary.
The trial of an accused terrorist who spoke only of peace was deeply familiar. Yet, don't think that this book is preachy! Not so! Sometimes, it is quite irreverant! But I would have put it down had it not been. But still, I came away in the end, feeling that I had taken a spiritual journey; Not, a religious one.
And the humor that Ms Stasi peppers her tale with is so hysterical at times that I found myself laughing out loud.
I recommend this book to anyone who loves an exciting, murder/conspiracy story. But I just as strongly recommend it to open minded seekers of whatever they consider the truth to be. I learned so much about the Middle East and religions that I didn't even know existed. I will read this again and again.
Read more
One person found this helpful
Helpful
Report abuse
See all reviews

Amazon Customer
1.0 out of 5 stars I feel dumber for having read this book
Reviewed in Canada on January 23, 2013
Verified Purchase
Completely incoherent.

The plot was a simple linear collect-the-tokens slog, punctuated only by the extremely irritating bits where the author tried to show off her purported knowledge of foreign locales with purple prose that one suspects were cribbed from the Lonely Planet.

The characters lacked any semblence of anything resembling human motivations, rather being _explicitly_ jerked around like marionettes by authorial fiat -- the protagonist constantly whines about not knowing why she's doing the things she passively finds herself stumbling into.

The dialog is coherent only in that each and every line is a non sequitur and corresponds to no manner of speech ever evidenced by any culture. Not to mention the tortured attempts at French, Italian and Aramaic.

The science lacks any indication that anyone, let alone the author, spent any fraction of their intellectual ability, such as it was, to reconsider the nonsensical mishmash of bafflegab. The author could have accomplished exactly the same special effects with the merest nod to plausibility, but no.

As for the history, the author mocks her own protagonist for not knowing history. Projection much?

The book is riddled with grammatical errors and typos, which you hardly even notice amid the utter incoherence of every other aspect.
Read more
3 people found this helpful
Report abuse
See all reviews
Back to top
Get to Know Us
Make Money with Us
Amazon Payment Products
Let Us Help You
EnglishChoose a language for shopping. United StatesChoose a country/region for shopping.
© 1996-2021, Amazon.com, Inc. or its affiliates