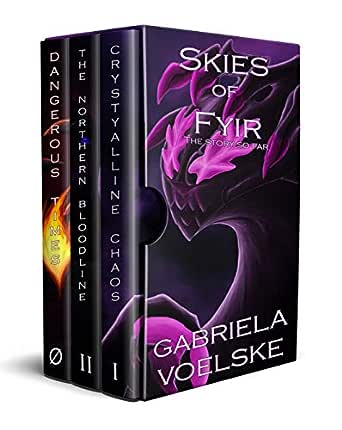 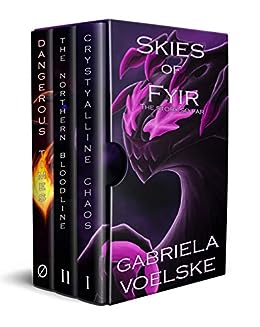 Makina
5.0 out of 5 stars A good read
Reviewed in the United States on July 12, 2020
Verified Purchase
Definitely check out if you're looking for something new to read.
Read more
Helpful
Comment Report abuse

H. Bane
5.0 out of 5 stars Great boxset
Reviewed in the United States on September 11, 2019
I really enjoyed reading this boxset. Included in this set is books 1 and 2 and the prequel of the Skies of Fyir series. The storyline for this series is very well written and keeps you interested throughout. The characters are also very well developed. I highly recommend reading this boxset.